Keeping it Together: Women Survive and Form Community in the Resource Center 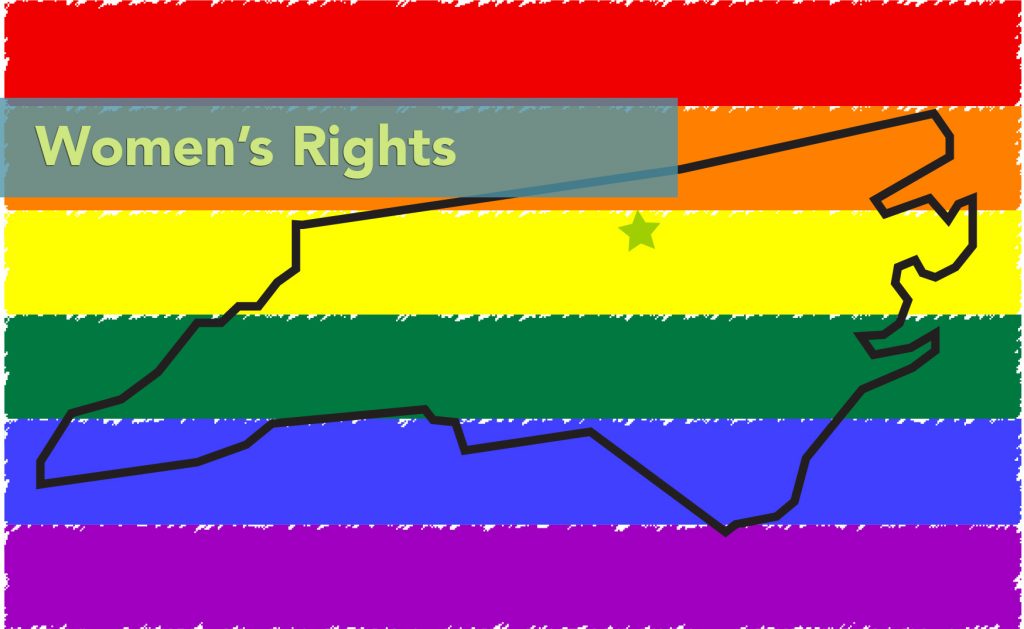 How does an organization continue, across decades and generations, to serve people who are repeatedly told their existence is wrong? Women, LGBTQ+ folk, and people with any number of identities made marginal, are often pushed to the side in religious organizations. This structural silencing has the effect of telling these folks that they are not equally worthy of existence, and it takes a lot of work to undo those effects. The Resource Center for Women in the Ministry in the South (RCWMS) engages in this work by promoting a vision of feminist spiritual communities, places that affirm and encourage women- and LGBTQ+ centered spiritual practices. This vision can feel unrealistic, especially after decades of work against pervasive anti-feminist norms, but the Resource Center pushes this vision forward by deepening connections and self-care practices among women and LGBTQ+ spiritual leaders, which it does through workshops, retreats, written pieces, and events that support various needs.The Resource Center’s origin story reflects its approach of gathering women and LGBTQ+ folks in community with one another to support each individual’s work and well-being. It has been doing feminist work in the South for nearly 40 years (the birthday celebration is in August). The director, Jeanette Stokes, went to Duke Divinity School knowing that women in ministry were going to need a lot of support. The whole world seemed to be against her and her peers—sexual harassment was rampant among ministers, men were considered the universal manifestations of the divine in services, and the very desire for a woman to be an ordained minister sparked accusations and arguments among people in communities of faith. Jeanette found during interviews that women in ministry at the time wanted most for folks to know that they exist and to know how to find other feminist spiritual leaders. Jeanette had networks of support among her friends, who are feminists and people of faith, so she founded the Resource Center for Women in the Ministry in the South with help from other members of the Durham community. Though its programming has changed across the years, the Resource Center has continued the work of encouraging bonds between women spiritual leaders to grow stronger.

The Resource Center has been working to meet the needs of LGBTQ+ spiritual leaders since its founding, providing resources for healing from the traumas of being told that spirituality is not manifest in LGBTQ+ people. Its purpose as an organization for social change seems to be sustaining the many people it serves: helping them to hold themselves together in a world that tries to pull them apart. Programs led by the Resource Center can help with that, by connecting folks to diverse spiritual practices, writing workshops, preaching festivals, and activism in the area. One of the things I have gained from the program is a relationship with LGBTQ+ elders, who have been in community with others through RCWMS for decades. These intergenerational bonds have proved stronger than repeated attacks on LGBTQ+ humanity.

The Resource Center’s vision for spiritual communities that support and affirm women, LGBTQ+ folks, and people with identities made marginal has been opposed by politics, some religious institutions, and social norms for the last 40 years. These threats have heightened the necessity of community support, which RCWMS has provided throughout its existence. One of the first tasks Jeanette assigned to me and my co-intern, Savannah, was to read the past year’s newsletters and two of Jeanette’s books of essays, 25 Years in the Garden and 35 Years on the Path. These essays document the last 40 years of struggles that the Resource Center has faced. Some of these struggles were unsuccessful—the Resource Center worked with feminist groups in North Carolina during the failed attempts to ratify the Equal Rights Amendment—and some of these struggles have seen progress—Jeanette wrote a beautiful article in response to the Presbyterian Church’s acceptance of openly LGBTQ+ ministers. At first, I was amazed at how many of these essays seemed to mark losses. From re-implementation of executions in North Carolina to increased restrictions on access to reproductive choice, to critics of spiritual women claiming these women were heretical and too feminist, there are a lot of feminist causes in North Carolina with resonances in the present. The work that the Resource Center has done, and the setbacks it has seen, have affected the conditions of the North Carolina I was raised in. It cannot have been easy for the people at the Resource Center to continue to defend all people’s rights across the decades, but the support the Center has given to activists working to change North Carolina for the better has also fostered networks that have benefitted me and the generations of Southerners growing up in a more supportive world.

The Resource Center has made a tactical shift in response to the Trump agenda: their goal for this summer is to dedicate more energy to activism and changing public policy than they have before, focusing more on these efforts than internally-focused programming. Though it may appear that this approach is different from their long-term vision, RCWMS seems to be in a moment where remaining becomes an active process, imbricated with protecting heath care, protecting LGBTQ+ children and workers, protecting victim survivors of sexual assault, preventing attacks on Muslims and people perceived as Muslim, and ending the criminal legal system’s violence against Black and Brown people. In these spaces, everything seems urgent, everything is dangerous. But the Resource Center’s approach resists the fearful and stressed life that entails. While the people at the Resource Center work to combat this presidency’s threats, they also focus on keeping their whole selves together, continuing to make art, practice faith, discuss issues at hand, and remain well. Old friends and organizers are connecting for yet another manifestation of struggle, and this summer, the Resource Center’s communities are strengthened in the streets.