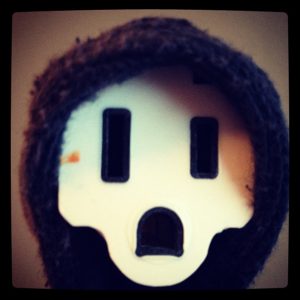 “Shifts ran 24 hours a day, and the factory was always bright. At any moment, there were thousands of workers standing on assembly lines or sitting in backless chairs, crouching next to large machinery, or jogging between loading bays. Some workers’ legs swelled so much they waddled.  “It’s hard to stand all day,” said Zhao Sheng, a plant worker.”

Reading this excerpt, save for the word ‘bright’, one would think that they were reading about the horrible working conditions that existed in factories in Western Europe during the Industrial Revolution. But lo and behold, this is an excerpt from the article “In China, Human Costs Are Built Into an iPad” that ran in the New York Times on January 25th 2012 detailing the horrible working conditions in a Foxconn factory in Chengdu, China. Foxconn is one of Apple’s largest suppliers, assembling iPads and other electronics. Like its 18th century predecessors, Apple has mastered the art of capitalism, milking every last bit of value out of labor in the pursuit of higher profits.

However, unlike its predecessors, Apple doesn’t run its own factories. It leverages its returns by exploiting its global manufacturing system; a system that has allowed it to achieve large returns, great innovations at very cheap prices and at astounding rates. Just in the last quarter, Apple was able to post a profit of $13.06 billion and sales of $46.3 billion.

These are impressive figures, but the cost at which they are achieved is pretty depressing too. Globalization has enabled Apple to exploit the existing global market imbalances. Although much that goes into the making of Apple products is done in the US, assembling of these products is outsourced to China which has a large technologically capable population that is ready to work at much lower wages compared to workers in the US. Given the amounts involved in the contracts, winning or losing an Apple contract can often mean the survival or the demise of a supplier firm. This upper hand enables Apple to give very little margins to its suppliers. As a result, the suppliers are forced to engage in very unethical work practices in order to stay afloat. They cut down on worker’s wages, safety standards, force workers to work overtime and employ underage workers.

Although Apple has a supplier code of conduct whose violation is supposed to be met by severe punishments for the violating suppliers, past trends show that this has not really been followed. Apple has done several audits on its Chinese suppliers but that is as far as it goes. Violating firms are still in Apple’s supply roll. This is because the system still works for Apple. These firms still manufacture quality products on time and at decreasing costs. Discontinuing the relationship would mean looking for other suppliers, a process that takes a long time and slows down the churning out of much demanded iPads, iPods, and iPhones.

How do we, as lovers of Apple’s products, possibly justify this injustice meted on foreign workers? Does an overworked or underage worker have to polish the iPhone to perfection in a sweatshop so that we can enjoy swiping it to read our emails? Many proponents of outsourcing posit that such outsourced jobs lead to not only cheaper products back home, but also create much needed jobs for the citizens of the countries where the factories are located. Additionally, outsourcing is supposed to create more competition between firms in the same industry and hence lead to innovation.

However, in Apple’s case, these supposed facts do not measure up. First of all, making a net income of $13 billion in one quarter at the expense of the workers who make this possible is just obscene. Secondly, Apple’s products are not in any way cheaper as a result of workers having to tighten up. They are way pricier than those of its competitors. Thirdly, even though by local standards the workers employed in outsourced jobs earn more than the average worker in such countries; it is still unfair if such wages are earned in dehumanizing conditions. Ethical business conduct demands that the pursuit of higher returns should not eclipse the fair treatment of workers. It is still very possible for Apple and its suppliers to make very decent profits while also paying their workers well. Sadly, this will only happen through public pressure and not as a result of internal initiative by the most innovative company.