Is No News Good News?

Ignorance is bliss, but knowledge is power 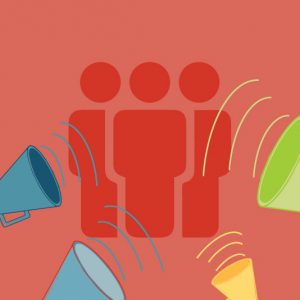 I sat in my dormitory’s hallway, so as not to disturb those sleeping, talking to two close friends about the dilemma I had been struggling with. My opinion on gate-keeping had adjusted since the last time I had this conversation.

The conversation started two weeks back. It was in the wake of anti-Semitic hate speech occurring at another university. I sat in the Jewish Student Union executive board meeting that week and listened as we debated what actions to take if something like this were to ever happen on Duke’s campus. I quickly weighed in saying that we should post about it everywhere, make a public statement as a collective body and raise awareness about the issue. We should do our best to ensure everyone on campus knows about the incident (especially everyone in the Jewish community). That is the best way to ensure no one else repeats such hate speech. To me, this method paralleled and replicated how other minority communities on-campus respond to hate speech, Theirs is a bottom-up approach to the matter. What could be better, I thought.

That was not the popular opinion in the room, however. My viewpoint was met with healthy disagreement (as most Jewish conversations consist of), that pointed out that if we raise awareness of a particular event we inherently give creed to the parties responsible for the hate speech. They gave the example of the Anti-Semitic posters found on campus last year, explaining that making a public outrage about the posters would be playing right into what that perpetrators wanted- media attention. And worse yet, that media attention would have likely resulted in increased traffic on their website, possibly creating support for them. Their final point to me was that in the case of the hate speech, similar to the posters, there was no individual to hold accountable, and therefore raising awareness on the issue might incite fear throughout the community who would know the perpetrator is still around. I considered this point, wondering if public ignorance is sometimes for the better.

Their opinion was not just to do nothing. They followed up their statement suggesting to engage in private conversations with community leaders, and in the case of hate speech on campus, to work behind the scenes with the Duke Police and relevant Duke Administration to find the most effective solution and course of action. It was brought to my attention that a similar approach was taken in years past and was met with success. This point resonated with me, as it is the approach my grandparents and parents have taken their entire lives. Raising awareness, they would say, with no end goal is futile, especially in a world that has hated our community for thousands of years. It is empowering to not react to haters- civil unrest at its finest. And, a top-down approach to solve the same issue.

Throughout this conversation, I couldn’t help but think about my time interning with the Irish Department of Justice and Equality this past summer. In my role there, I worked alongside senior civil servants, constantly debating which information should be given to Irish media and when it should be given…

While I walked into my role there with the assumption that the public has the right to access all information, I quickly learned the value of gate-keeping. Why should the media panic the public about a crisis that the government can solve tomorrow? Why bring attention to an issue that isn’t directly harming anyone, and that the government is actively trying to resolve?Improvement won’t happen in a day, and the extra attention, although may rally the masses, may act as a short term impediment to a long term solution. There are clear cases the pros to gate-keeping outweigh the cons…

I related my summer experience to present day. Perhaps they have a point. It makes sense that something like hate speech from an unknown party information should be withheld within reason until proper authorities are called and a well thought-out response is crafted.

And then the shooting in Pittsburgh happened.

All bets were off. National media attention. A mural painted in the Freedom Expression Tunnel to show all who pass through our solidarity. Entire communities on and off campus began helping one another and reaching out to see what could be done. I was on the phone for hours speaking with friends and family. Nationwide fundraisers joined together to support the community. Elie Wiesel once said “just as despair can come to one only from other human beings, hope, too, can be given to one only by other human beings.” In a time of despair we were being given so much hope. It was beautiful.

Robert Frost famously wrote “Nothing Gold Can Stay.” This week he was right. The beauty that was so delicately crafted was destroyed by another act of hate speech on campus that targeted other communities in addition to my own. And suddenly our hypothetical debate a week prior became something real. How should we respond, especially in light of the recent tragedy which my community was still in mourning for?

In accordance with our former conclusion to challenge the incident behind the scenes, and given the specific circumstances we decided to reach out to relevant authorities and open dialogue with affected communities, discussing ways we could give each other support. And, we kept these discussions behind the scenes until a conclusion or solution was reached. To supplement this background support, #Showupforshabbat was circulating all around campus encouraging people of all communities to come show solidarity at Shabbat services. Shabbat is a time for love and community after all.

This came to a head last Friday at the Freeman Center. A plethora of people, Jewish and non-Jewish showed up for Shabbat services. As we sang our typical songs about bringing peace into the world and onto each other, the lyrics that I had grown up reciting week after week took on a new meaning. A more powerful meaning. A meaning that included what felt like a million other communities that showed up to give my community support. The amount of faculty and staff leaders from Duke’s other religious communities who were present was astonishing. It was one of the most powerful experiences I have had in my life. Sure singing wouldn’t change reality, singing wouldn’t make the broader world a better place. But, in that moment when diverse communities came together to show support and sing together it felt like the entire world was one. And that moment of solace made it worthwhile. I marveled at the clear success of what at the time I identified as the top-down approach…

Last night, sitting in my dormitory’s hallway so as not to disturb those sleeping,  I found myself talking to two close friends about these events. I explained how effective the top-down approach was and how I fully support it over the bottom-up approach to social change. I again (unsurprisingly) was met with healthy disagreement. My friend challenged me to look at the situation differently. He explained that while it’s true that conversing with community leaders certainly helped, if it weren’t for a strong grassroots social media support from community members, the response would not have been so strong.

It was the combination of a top-down and bottom-up approach that made the response so effective, I realized. Reaching out to leaders of other communities facilitated mobilization, broader support and effective pooling of resources while engaging community members gave rise to a sense of empowerment, fulfillment and control over reality. It was in this gray area that the ideal result was found. Quite a fascinating discussion in a dormitory hallway.