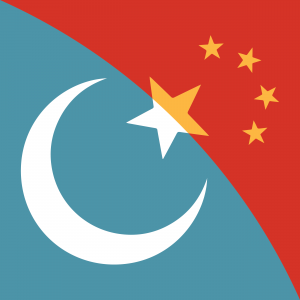 This weekend, I had a discussion with someone about what I’d major in. I told her that I wasn’t sure, but that I had some plans in mind for the near future, especially that I wanted to get heavily involved in raising awareness about China’s mistreatment of the Uyghurs. Those who know a bit about me know that I’m an Uyghur-American (pronounced Uy-ghur, not wee-gur), and that I’ve grown up passionate about the independence movement of East Turkistan, a nation currently under the occupation and brutal control of China. Just this summer, I was in Turkey interviewing Uyghur refugees to hear their stories and create a documentary. After the interviews, I realized that the oppression of the Uyghurs is much worse than I had expected, and that the dire situation of the Uyghurs deserves the respect it needs. And one way to do that was to make this documentary, which is currently an amauteur project, big and professional, something that could be seen by millions of people.

But by the end of the conversation, I became a bit more pessimistic about this particular aspiration. I was told that my advocacy and this “grand” documentary for East Turkistan wouldn’t really change anything – yes, perhaps they’ll learn that Uyghurs are not only forbidden from fasting during Ramadan (which is one of the few things portrayed in the media), but are also experiencing a slow, subtle genocide through killings, imprisonments, and forced assimilation. They might also learn that Xinjiang, the name commonly used by global communities to refer to the land, literally means “new territory” in Chinese and that Uyghurs have an actual name for their land, East Turkistan.

Let’s say I continue on with this documentary, make it Hollywood-material, and thousands of people see it. Even then, so what? Even after knowing about the injustices occurring there, the international community won’t want to mess with China, one of the greatest world powers. Am I just wasting my time, physical and emotional energy telling people about the situation and making myself more stressed to create this grand film?

As far as I know, I’m the only one on campus raising awareness about East Turkistan, let alone the only Uyghur on campus. How do I garner support from members of my community when I have to take at least 5 minutes everytime I talk to someone just to explain the basics of what East Turkistan is and what’s going on there? How will Uyghurs get independence and proper treatment if the process of raising awareness itself takes so long?

Just last week, I gave a brief presentation to a focus seminar about the occupation and my experience with the refugees. An audience member told me that the presentation was intriguing and really intense, and that he’d learnt a lot from it. It felt good knowing that a class now had a brief understanding of East Turkistan, but it wasn’t till later that night when I thought about whether increasing awareness does anything more than just make a person say, “Wow, that’s so sad. That’s horrible. I had no idea.” I tried to think of my work in the grand scheme of things, and, unfortunately, I kept finding myself frustrated and annoyed with the fact that 1) increasing awareness takes so much emotional and physical energy, and 2) even with this awareness, there is a high likelihood that nothing is going to happen because the world is quite powerless to challenge China. I have recently felt that my “altruistic” work cannot be considered altruism when the only person feeling good from my activism is myself. Most people I raise awareness to will continue responding with “Oh my god, that’s horrible,” and I consistently find myself thinking that, despite my activism, the Chinese Communist regime will continue obliterating the silenced Uyghur population.

I don’t want to become a pessimist and pacifist. But I’m afraid that as I choose what to do with my life that it might become a possibility. I could still be a pessimist and activist (which I would say I am right now), but does being an activist for a group of people under the brutality of the world’s greatest superpower actually do anything? Am I wasting my time? Because if so, I’d like to find out sooner than later.