Impunity and Profit: A Tale of Two Campaigns 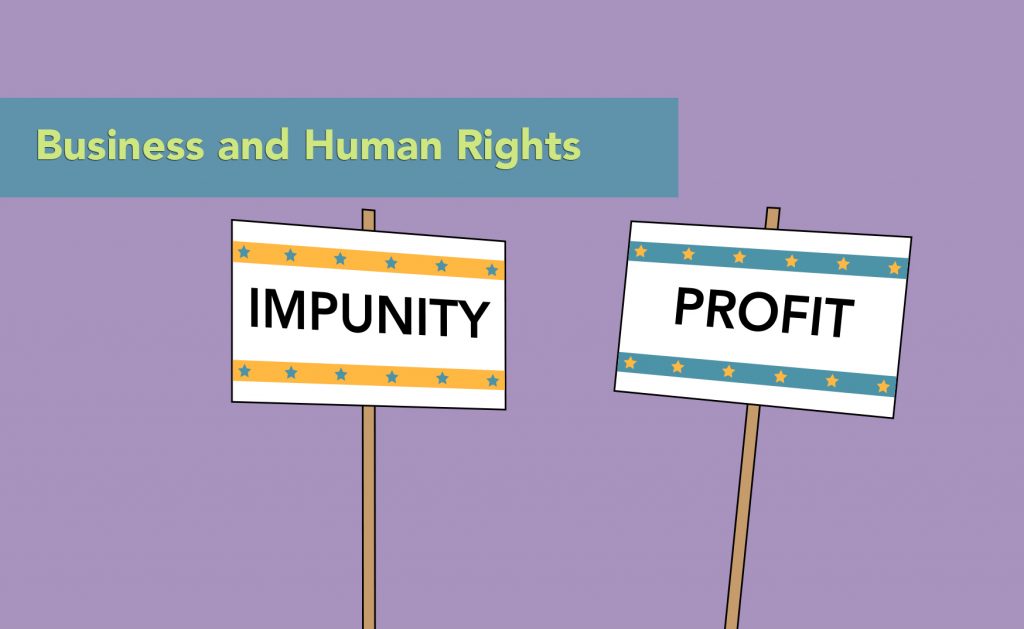 What happens when two international public health campaigns, spearheaded by the same organization, produce drastically different social change outcomes? The intuitive response to such a question would be to probe further inward — did something about the organization or the organization’s approach change? Were the organization’s objectives well-informed and realistic? Were they able to successfully rally the public in both instances? What about forming allies?

These are the questions that instantly came to mind when I learned about CAI’s campaign history and how their campaigns against Nestle and big tobacco turned out quite differently. Both campaigns were launched on the same fundamental premise — CAI sought to shift the cost-benefit ratio so that it would become too costly for companies within these industries to continue to endanger the lives and livelihoods of poor people of color. But the outcomes were different.

Years later, while CAI lauds their work with Nestle as a success (the first successful international boycott in history, by the way!) the organization admits that there is much work to be done in tobacco. After spending weeks orienting myself with CAI history, organizing tactics, and tactics that corporations employ to delay or halt the progress of their opponents, I have realized that the difference in success levels can be attributed not to any particular internal factor like strategy or approach, but to something external — the power and levels of impunity of their corporate targets.

Corporate Accountability International launched the historic Nestlé Boycott in 1977. Nestlé, the world’s largest food corporation at the time, was aggressively marketing breastmilk substitutes to mothers in the Global South as the most nutritious choice for their babies. But, these women could hardly afford the formula powder and, when they could, they lacked access to clean water to mix it with. Often, mothers would add water to the formula to make it last, which lead to widespread infant death from malnutrition and/or waterborne illnesses. In the 1970’s, it came to light that babies in Global South countries were getting sick and dying from bottle feeding—all because a handful of major corporations were aggressively marketing powdered infant formula throughout countries where it simply could not be used safely used.

Working with allies around the world, Corporate Accountability International organized a 10-nation boycott of Nestlé products. The campaign helped compel the World Health Organization to advance a global code of conduct on marketing of breastmilk substitutes. All of the member countries of the World Health Assembly voted to adopt the code except the US. In 1984, boycotters achieved another major victory when Nestlé agreed to sweeping reforms in its infant formula marketing practices, saving millions of lives in the process.

More than a decade later, in 1994, seven CEOs of the largest tobacco corporations stood before Congress and testified that they did not believe nicotine was addictive. They were all lying, and this moment was the start of Corporate Accountability International’s campaign against big tobacco. The framework was simple: make the cost from reputational damage too high in order to stop tobacco from adding new addicted customers and manipulating public policy in their favor.

In some ways, CAI was able to realize these objectives. Corporate Accountability International helped end the youth-targeted brand icons “Joe Camel” and “the Marlboro Man.” CAI also helped build the public and political climate that catalyzed the creation of the Master Settlement Agreement. It compelled Big Tobacco to pay out $246 billion in health care costs used to treat tobacco-related diseases.

Unlike the case with Nestle, however, the tobacco industry is still turning a large profit. CAI ‘s efforts only pushed Big Tobacco to transplant the public health epidemic from the wealthiest countries to the people of the Global South. Take, for example, the three biggest tobacco corporations, Philip Morris International, British American Tobacco, and Japan Tobacco International as an example. In 2008, Philip Morris International (PMI) split from its U.S.-based parent corporation and set up its headquarters in Switzerland so it could have freer rein to set up shop around the world. Today, British American Tobacco (BAT) (headquartered in the U.K.) has market strongholds in Nigeria, Brazil, and Indonesia. Japan Tobacco (JT) (headquartered in Tokyo, Japan and Geneva, Switzerland and majority-owned by the Japanese government) has entered into strategic agreements with other tobacco corporations to sell brands like Camel around the world. PMI, BAT, and JT had combined revenues of 210 billion dollars in 2010. That amount is more than the combined GDPs of the following countries in which they operate: Jordan, Panama, Kenya, Cambodia, Mozambique, Bolivia, Mali, Liechtenstein, Estonia, and Ghana.

The two biggest differences in these two cases, which may have determined the varying results, are a) the levels of impunity of the corporate target and b) the size/scope of the threat to the target’s profit margins.

For the Nestle campaign, CAI was boycotting a very specific product — infant formula — and a very specific corporate strategy — aggressive marketing to poor mothers in the Global South. Contrarily, CAI’s opposition to big tobacco was much more general. CAI efforts undermined the core of big tobacco’s profit margins, as their entire existence revolved around the marketing, sale, and distribution of cigarettes. (Whereas the infant formula market is only one of many of Nestle’s products.)

Moreover, tobacco’s interference in public policy, directly related to the industry’s legislative impunity, comes in many forms — front groups, junk science, intimidation by litigation, and funding “social welfare” programs that smaller governments may not be able to otherwise afford. Clauses exist in trade law that allow corporations to sue governments for loss of future profits, which is exactly what Philip Morris did in 2010 to Uruguay, hoping to make an example out of Uruguay and intimidate other small countries.

In my opinion, the level of resistance from big tobacco was much higher and more multifaceted than the level of resistance from Nestle. This was a key determining factor in the success of the two campaigns. A comparative analysis of these two campaigns therefore suggests that external factors like impunity of the opponent and threat to profit margin matter just as much as, if not more than, internal factors like approach and strategy.