Since the end of the Cold War, the United States has been arguably the single most powerful and influential player in the global arena. As the second decade of the 21st century comes to a close; however, the prominence of the U.S. has diminished significantly, creating space for other actors, none whose rise is more promising and sudden than that of the People’s Republic of China. Since initiating market reforms in 1978, China has seen its GDP grow an average of nearly 10 percent every year and its GDP per capita has increased more than 40-fold. China is also one of the eight countries in the world with nuclear weapons and one of the five permanent members on the United Nations Security Council. Given its power and status, the actions taken by the Chinese government to control its people is particularly troubling. As a Rights Writer, I will focus on the human rights abuses committed in China while seeking to answer questions on how best to rectify these abuses when interests conflict and who is in the best position to act. Furthermore, I will address the critiques of the human rights regime and tackle the questions of state sovereignty, self-governance, and cultural subjectivism.

China is no stranger to human rights violations. From Mao’s Great Leap Forward in 1958, where poor agriculture and industrialization policy unfortunately timed with natural disasters resulted in about 45 million people dead from starvation, to the infamous Tiananmen Square Massacre in 1984, which saw hundreds killed and thousands arrested for protesting, to the recent internment of up to 1 million of the Muslim Uighur minority in Xinjiang province. And despite some sanctions taken after the Tiananmen Massacre, the United States and the West in general has not acted on their criticisms of China. Even though the news of the internment of the Uighur population breaking in September 2018, the West has still yet to issue any forms of retribution other than verbal denouncements as of January 2019. In fact, this inaction regarding China has been a trend since the failure of the Clinton administration’s attempt to withhold most-favored-nation trade benefits because of China’s human rights violations. 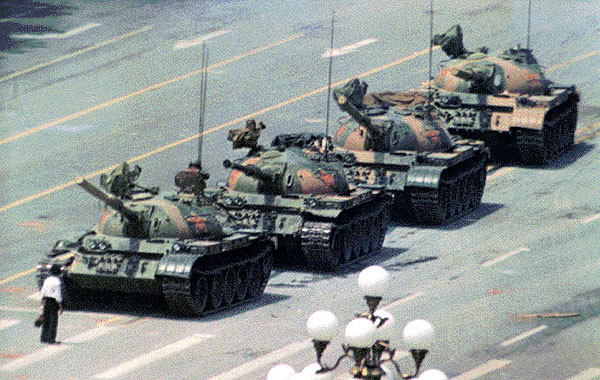 One reason for government inaction may be the wishful thinking promoted by intellectuals since the turn of the century. Political scientists and economists have argued that either China will slow in its growth or that, like in other nations, economic growth will bring democracy. Being able to reap the benefits of China’s massive economy while assuming that China will eventually democratize and improve their human rights record is an attractive prospect for world leaders. The reality, however, seems to invalidate both of these arguments. Not only has China managed to sustain unprecedented growth for more than three decades, but the political developments indicate that China has become more oppressive. The 2014 Umbrella Revolution in Hong Kong, seeking a more democratized and fair election, failed to produce the sought after results. In 2018, the National People’s Congress changed China’s constitution to remove presidential term limits, allowing President Xi Jinping to continue ruling past the traditional two terms. The Western mindset of intellectuals and policymakers that China will democratize and liberalize on its own is dangerous for the future of the international order, insincere to the values praised as inalienable, and most importantly, immoral in the active perpetuation of a regime that violates the human rights of 1.3 billion people. 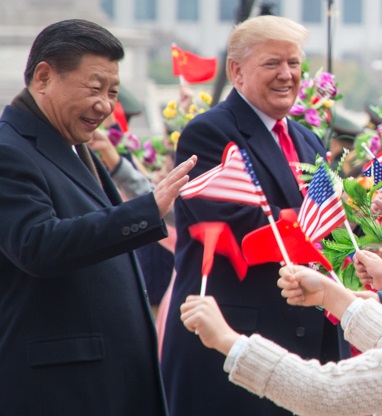 Despite China’s seemingly poor human rights record, China’s justification for their actions should not be simply ignored. National sovereignty has become a central value of the Chinese government, and many of the people, ever since the First Opium War. It makes sense then, when China pushes back at the West again trying to assert influence over the country using the rhetoric of human rights. Furthermore, like many other Asian developing countries, China prioritizes economic and social rights over civil and political rights. The Confucian value of social harmony and the Marxist theories upholding the collective could be used the justify the various violations of privacy and individuality, core values in Western ethics. Besides these internal justifications, Western countries have their own incentives, even besides economic ones, to not interfere with China. Forced interference with China’s domestic actions could set a dangerous precedent in changing the definition of sovereignty in relation to great powers. Additionally, the human rights record of Western countries is not pristine either. From family separation in the United States to sending migrants to island for animals by Denmark, any opposition to China’s human rights record will be undercut by the hypocrisy of the self-righteous rhetoric necessary for change.

There are many major questions that must be answered when dealing with government perpetuated human rights violations, especially when that government is especially powerful. Questions such as: how far does sovereignty protect a government’s actions, and how can one government impose certain values upon another. These are difficult questions that may not have quick or simple answers. Over the course of this semester, I hope to critically view the human rights regime and address the differing perspectives regarding China’s human rights violations. And through this, I might provide insight into possible solutions to the ethical, political, and cultural problems surrounding this topic.