Hope for the Political Future

At our second seminar session, we spoke to Representative Hurtado about his experiences working in the public sector as well as the challenges he must confront when working with institutions.

I asked him a question about the tangibility of institutional change with regard to his nonprofit’s diversity programs that provide college admission and preparatory services to underserved Latinx communities, to which he acknowledged the difficulties that accompanied his work but elaborated upon the systemic changes he made. His answer to the question made me think about our role as individuals in shaping these institutions: it’s extremely difficult to enact change when we aren’t necessarily the ones that hold the most power, but it can be possible— after years of experience and connecting with others in the field. It’s not an easy feat.

Over the past few months, I’ve developed this feeling of political stagnancy and hopelessness. At a time of extreme polarization and political bubbles where it’s easy to gauge where political parties stand on each issue, we often encounter policy gridlocks and a lack of real, tangible change from the government. Shaping change from working with institutions starts with power, and power is largely determined by one’s race, social standing, gender, sexuality and class. So, as a public policy major, I’ve often contemplated whether my own role in the system has any use, because I don’t necessarily have many of these prerequisites for enacting change within and from institutions.

But talking to Representative Hurtado provided me a really unique and nuanced perspective about fixing these institutions. He’s a first-generation Latino college student, and he was able to work on several meaningful projects and work towards the changes he cared about. He, of course, acknowledges that it’s difficult– but, nevertheless, his extensive background in policy and politics is a restorative force that gives me hope for the political future of our generation. 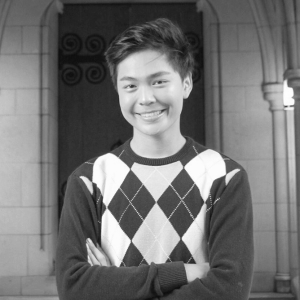 Derek Deng is a first-year student from Los Angeles, California, majoring in Public Policy and Visual and Media Studies. On campus, he’s a staff columnist at The Chronicle, and is involved in Blue Devils United and Duke Impact Investing Group.

All posts by Derek Deng