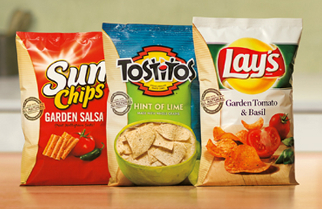 It has become evident that champions of healthy eating are no longer emphasizing teaching proper eating habits: they are getting aggressive and seeking to eliminate many of the harms that plague Americans’ diets before they are even offered for consumption.

My first interaction with this elimination tactic was at my public high school in South Dakota. This is a brutal paraphrasing of what happened, but a mother was concerned that her child had gained weight despite healthy eating habits at home. Therefore, the mother blamed the school, where her child could buy soda and snacks in the vending machines and in the school store. After a tumultuous battle with the school district, the mother’s efforts were successful and no longer could you find ‘unhealthy’ food in school. Gone were the days of buying candy in the school store; gone were the days of purchasing regular chips – not Sun Chips or Chex Mix – with your lunch; and gone were the days of having a soda to get you through that afternoon sleepiness. Instead, we were presented with trail mix, Chex Mix, and sugary sports drinks as our ‘healthy options.’ It’s a far cry to call these alternatives healthy; healthier than before, but still, not truly good for you.

Now, mass recipe re-engineering in companies such as PepsiCo and Kraft is seeking to eliminate the ‘unhealthiness’ before it is presented to consumers. As discussed in this Wall Street Journal article, Frito-Lay (yes, the company that makes your beloved barbecue potato chips, Doritos, and Cheetos, among other snacks) wants to make half of its products with only natural ingredients by year’s end. This means no more artificial ingredients. Their ‘natural’ fleet of chips won’t contain MSG, but rather “molasses, malted barley flour and paprika” the article states.

So, where is there ethics in this? First, I think it should be pointed out that I’m hesitant to call potato chips – natural or not – healthy: yes, they are less bad than before, but it’s a stretch to call them good. By stamping ‘natural’ and ‘better for you’ all over their new products, which Frito-Lay will undoubtedly do in marketing this new fleet, they are giving consumers the idea that eating chips is now good for you. Frito Lay and similar attempts to move to fewer artificial ingredients is relatively better, but it’s not an absolute good. If snackers think they are making a healthy choice by eating these chips, then they are going to think it is ok to eat them when in reality there are much healthier choices. Moreover, these advocates are never going to completely eliminate all ‘unhealthy’ foods and artificial ingredients, so why not take a more realistic approach? And finally, what gives other individuals the right to say what I can and cannot eat? The fundamental problem I have with both scenarios is that instead of promoting healthy eating habits, advocates are seeking to eliminate our options. If they presented me with healthy and unhealthy options but I had proper eating habits in my arsenal, there would be no need for Frito-Lay to tell me their chips are made of ‘real food’ because I would choose the truly healthy option such as an apple.