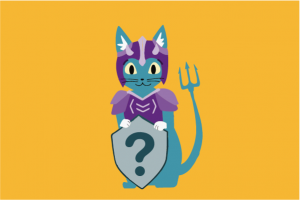 I went to HackDuke. It was an interesting time. I could give a lot of reasons for why I went there. I could say I went there because I want to ‘Code for Good’ © – which I do, inherently, but I don’t need to hang out with another bunch of unwashed exhausted college kids to do that. I could say that I went there to learn how to code in other languages besides my beloved MATLAB – also true, although I learned very little about Python or Java, and if I had been more careful with my time I could have learned more from the comfort of my own room. I could say that I went to learn about what a blockchain, or an API, or Electron or Atom or a million of other techy things were – and that was a good side benefit. I could have been there to meet with and impress recruiters – I was not remotely interested in that, but I could have been. But all of those reasons, while technically true, were heavily overshadowed by my primary motivation – free stuff.

I’m not proud of it, believe me. But I came away from that weekend with 5-6 new shirts, two tote bags, a couple of water bottles, sunglasses, and a Google pillow, and several stickers. Did I come away with a renewed impetus to utilize my impressive grasp of parentheses and semicolons to overcome humanity’s problems, or an ever-expanded syntax of programming languages? Not at all. Am I a winner in any sense of the word? Arguable. I had a great time, ate three full meals for the first time in a long while, expanded my winter wardrobe, and learned some cool stuff about why and how cryptocurrency is a thing – all of which I would call a solid win. But I didn’t do anything that really helps anyone else – although even that wouldn’t have made me a winner by HackDuke standards.

See, the thing with HackDuke is that there is a lot of motivation to win. If you’re generally clueless like me, it doesn’t affect you as much because you’ve set your sights on having a good time rather than actually succeeding. But if you have a chance, there are a number of interesting stimuli that affect your trajectory.

First, there’s the HackDuke prize – a donation to a group of your choice, awarded for the best app in a given category of social good, which is wonderful and awesome and totally in keeping with the spirit of HackDuke (“Code for Good” ©). There’s no inherent reward to you, besides the joy of doing well and helping people more than you could have done before. But the vast majority of the prizes aren’t like that.

Prizes come from corporate sponsors as well, these with monetary components. But instead of being about building the best app to do good, whatever that may mean, they’re about rewarding those who use their software best, or more creatively. You win cryptocash or cool tech if you can have the most insightful way of utilizing the blockchain, or using the Cognitive Suite API’s cool facial recognition in some novel way. And this totally makes sense – companies are looking for creative people who use their tech, and rewarding people for ingenuity and patronage is a great business strategy. But at the same time, it tends to unduly influence motivation.

After all, we humans tend to be economical creatures. We’re college kids. We’re not known for our overwhelming resources, and if we’re offered cool tech and free shirts and free money, we’ll jump at the chance. It’s inherently selfish, of course, but that’s not necessarily wrong or bad – it’s who we are as a species. But it does mean that getting that free motherboard is a much bigger draw than having your name on a check to a group that doesn’t really affect you. And in the end, this tends to corrupt the spirit of what HackDuke is supposed to be about.

I spent a lot of time on the group chats, trying to gain inspiration for what would be considered an app for social good. I expected the conversations to sound like “Here’s an idea, what’s the best way to implement it?”, and then move towards finding clever ways to work in the sponsors’ tech. They didn’t. The vast majority of discussions I heard were about ways to utilize the cool coding suites, with a somewhat lesser focus on how the app might improve the lives of others. Instead of focusing on what we could do to make the world better, and then trying to use the suites to win prizes as a secondary consideration, the main goal was impressing the corporate sponsors, with social good as almost an afterthought.

Again – this isn’t necessarily wrong. We have to act in our own best interests, and gaining money and/or recognition will definitely help us in the long run. It’s not even purely selfish – impressing recruiters and corporate sponsors will help us to get a job in the future, which will help us gain more skills and resources that we can then put towards those in need. But it’s not entirely the point of HackDuke, which is a bit sad to me.

And the thing is – there’s no one at fault here. You can’t blame the sponsors for searching for people to use their technology – they invested a ton of money to see talented students who might be a good fit for their organization, and it’s perfectly valid of them to use their influence to try to determine new ways to use their tech. They deserve a good return on their sizeable investment. You can’t blame HackDuke for asking the sponsors to come – without them, they could not have funded the incredible experience they put on. And you can’t blame the students themselves for succumbing to motivations that meant logical, economical, future-securing sense. But at the end of the day, an event made to serve social good turned into a rush to win corporate prizes.

Maybe that’s inherent to the way HackDuke has to run in order to function. Maybe I’m seeing something that’s not really there. Maybe as long as there’s social  good, even if it’s an afterthought, it’s worth it. I don’t know. But I wonder if changing the rules of the contest might have made a difference – if prizes were won for the app that has the greatest opportunity for social good while using the technology instead of for the app that had the greatest use of the technology – would have changed the atmosphere. Maybe there’s more to hacking than typing furiously at a computer surrounded by snacks and free shirts. Maybe we need to think about hacking our motivations to make sure that instead of just hacking well, we hack for good.