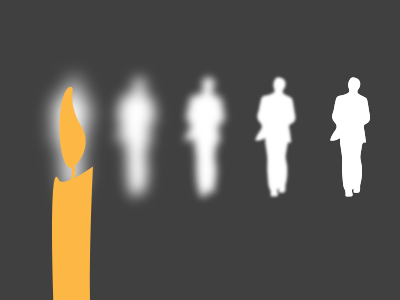 This week marked the beginning of Remembrance Week at Duke, a time to reflect on the tragedies of past genocide and focus on ways to avoid that tragedy in futurity. In honor of this, the President of the Coalition for Preserving Memory, Liza Meredith, has written about her organization, the schedule for Remembrance Week, and the importance of memory. On Monday, Team Kenan and the Coalition for Preserving Memory co-sponsored a conversation on “The Ethics of Collective Memory.” Later this week, Nathan will write about the complicated issue of remembrance and memorialization.

The Coalition for Preserving Memory (CPM) is an organization that is founded by Duke students, and is dedicated to memorializing genocide victims from the 20th and 21st centuries in a way that will be relevant and meaningful to future generations.

The mission of CPM really goes back to Duke’s history. Not many people know this, but Raphael Lemkin, who coined the term “genocide” in 1944, was a Duke professor. This completely transformed international justice. Before this, there was no word to describe killing an entire race or ethnic group.

I remember the first time that my parents told me about the Holocaust and how it impacted my family. I felt so empty. I was paralyzed by a sadness and confusion that I had never felt before. The mass murder of 6 million Jews is just incomprehensible to me. 6 million. We hear the number, we can see it written on paper, but what does it really mean? This question lies at the heart of CPM.

We read names from six universally recognized genocides for 24 hours. The most powerful thing we can do is to remember as a community. To say “never again.” These words represent a promise to the past, and to future generations. What’s really special about CPM is that we say these words as a community.We bring together coalitions across campus- from administrators to student groups and sports teams. We create community through remembering some of the worst times in human history. Together, we remember.

This year, we have really tried to focus on the intersectionality of the word genocide. Whether we realize it or not, genocide impacts us all. In addition to a 24-hour name reading ceremony on Rwandan Genocide Awareness Day, we have organized a host of other events. We hope to spark academic conversations about these issues, and will be hosting a Panel Discussion and Dinner about the Ethics of Collective Memory. This event will offer an intellectual space to consider many of these difficult concepts. We are also having a night of music at Baldwin Auditorium, whereby we will explore how through music, cultures can persevere, even after genocide. It will be an eclectic and powerful night featuring a tenor who reached No. 1 on the UK classical charts. The series of events will conclude with the opening of an art exhibit in the Bryan Center that will feature the work of six student groups’ mixed media perspectives on the six universally recognized genocides.

As president, my hope is that CPM will continue to grow at Duke. Over the past school year, I have had the pleasure of meeting student groups and faculty members from all corners of Duke’s campus. I have been humbled by the personal connections that so many people feel to this project. By remembering humanity at its worst, we can inspire humanity at its best. Never Forget. Never Again. Together We Remember.