Greetings from your new Bear Fellow!

To start things off, I will begin by telling you a little bit about me. I just graduated from Duke, majored in Political Science with History and Women’s Studies minors, as well as the Political Science, Philosophy and Economics certificate. I am fascinated by the interdisciplinary connections between politics and social justice and am extremely interested in issues involving women and children, as well as the criminal justice system. Over the summer, I interned at the Durham District Attorney’s office where I was able to observe various aspects of the criminal justice system, such as jury selection for a homicide trial, several domestic violence cases, and juvenile court hearings.  However, I will save my experience at the District Attorney’s office for a later post!

During my first week at Kenan, I was immediately propelled into Project Change, a week-long pre-orientation program in which incoming freshman students are exposed to ethical issues that are especially pertinent to the Durham area.

As a quasi-leader, I decided to latch onto the cohort of freshman who were placed at Families Moving Forward, a homeless shelter downtown that provides families temporary shelter for up to ninety days and then provides continuing services to help facilitate an easier transition for the family back into the community.  Although FMF welcomes two- parent households, the majority of the families are single mothers with young children.  During our time at the shelter, we were charged with soliciting donations from local businesses for one of FMF’s fundraisers (photo of FMF underneath). 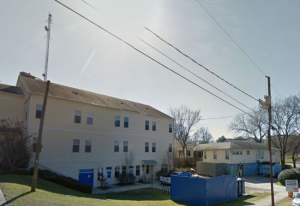 Prior to journeying down 9th Street and into the Brightleaf district, we were cautioned to avoid using the word “homeless” in our pitch in order to prevent the immediate negatively-charged reaction that the word engenders.   Indeed, some have pointed out that we treat stray cats and dogs with greater respect than a homeless person. Why does homelessness carry such a strong stigma?

Furthermore, who or what causes homelessness in the first place?

Wrestling with these questions and being the Poli Sci major that I am, I instantly thought about American philosopher John Rawls’s theory of justice.  Rawls’ postulated that a “veil of ignorance” or an oblivion as to what our role and position in society would be should guide how we construct societal and political institutions. It is implied that the rational person would want to live in a society that would be habitable and tolerable no matter what family he or she were born into. Clearly, however, with more than three million people estimated to experience homelessness every year, with about fifteen million children living below the poverty line, and with more than thirty million Americans still without basic health insurance, the veil of ignorance has done little to guide social policies.

If we did not know how much money we would make, what the color of our skin would be, or the possible challenges life would throw at us, wouldn’t we want to live in the most supportive society possible?

In addition to the inequalities that neo-liberal institutions present for impoverished populations, they also result in undeniable inequality between the sexes.  Throughout my young adult life, I have become increasingly aware, even hyper-cognizant, of the disadvantages that women face on a day-to-day basis.  As a white woman, I know that I will most likely be earning 74 cents for 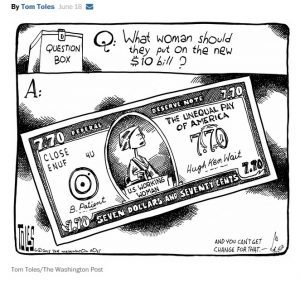 every dollar that my male peers earn and for Black and Latina women, that figure is significantly less.  In addition to the economic disadvantages that women face, they are also subjected to much more physical and sexual harm. Tragically, more than twenty percent of women will experience severe violence by an intimate partner in their lifetimes.   Although I recognize that my identity as a woman disadvantages me to a certain extent, I am also aware that many doors are open to me that are shut for other young women.  I know that I will always have a roof over my head, food to eat, and a college degree.  In addition, I have been fortunate enough to be surrounded by strong, powerful female mentors.  The network of women that I have has been invaluable to me and something that I want to provide other young women in the Durham community with as well.

For the first “installment” of my ongoing project, I will be leading a Young Women’s Empowerment group at FMF that will provide an enriching experience for the young women residing at FMF as well as the Duke student volunteers that will help guide the program.  One segment will feature a “Woman of the Month” day in which women in the community, such as Judges and physicians, will share their experiences and careers with the participants of the Young Women’s Empowerment Program.  Furthermore, I want to interview our featured women in order to preserve their stories in the Sallie Bingham Library, adding to the growing collection of interviews of powerful women.  By fostering these connections between the young women at FMF, Duke students, and female leaders in the community, I hope to create an enriching, positive, and uplifting experience for all those involved.  Eventually, I plan to enlarge my network of Young Women’s Empowerment groups to other locations around Durham, such as Durham School of the Arts.

While I am confident that my project will be beneficial as it will build community amongst the young women residing at FMF and also help bridge the divide between Duke and Durham, I am also anticipating several challenges.  Perhaps the most forthcoming challenge that I expect, will be the fluctuation in the Young Women’s Empowerment group population. Many of the young women at FMF will most likely be in the program for less than ninety days.  Furthermore, with such an oscillating and dynamic group, it may be more difficult to build trust between members.  And finally, while we all hold a common identity as women, the stark contrast in life experiences between the young women at FMF and the Duke student volunteers may impose additional obstacles to fostering trust.

During my year as a Bear fellow, I am excited to see how my project unfolds and develops, engage with the questions that I have left unanswered, and depart with a better understanding of what it means to lead an ethical life.