Grass, and Tuition, and Female Professor Salaries, OH MY! 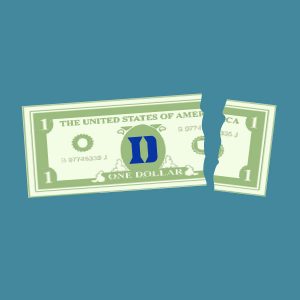 I, like most millennials, like to utilize my free time in the most beneficial way possible: on the Internet. This versatile information engine has been of the utmost use, from school work, watching television, and even to Googling which of the Kardashians is currently pregnant (which is currently only Khloé, if you are wondering). Because of the amazing World Wide Web, I currently know the average cost of a flight to Quebec (currently hovering around $450), the correct pathway to becoming a CIA agent (no clear route, but knowing Middle Eastern languages is beneficial), Andrew Jackson’s birthday (March 15, 1767), and how many kids I will have (two, according to this Buzzfeed article).

While I often make questionable utilization of my free time, as more than exemplified in the above scenarios, the other day I found something that particularly bothered me. I was having one of those sophomore year WHAT-AM-I-ACTUALLY-GOING-TO-DO-WITH-MY-LIFE moments, in which I quickly decided that getting a PhD in something and becoming a professor was the logical next step in my life (evidently it is as easy as that). Then, before I knew it, I had five tabs open with various statistics on people with PhDs. I mean after all, what was the gender makeup of most faculties? What was the average salary of a Duke professor?

As I perused every link below “Duke Professor Salaries” in desperate hope of avoiding my organic chemistry homework, I found one highly disappointing trend: according to every website the average female professor’s salary was approximately $20,000 less than their male counterparts. This means that on average, men make eighteen percent more than female professors with similar experience and qualifications.  To compound this issue, the average increase of women’s salaries at Duke University in 2015 was a mere 3.7 percent, while the male average salary increased by 5.7 percent—making it blatantly clear that not only are female professors at our university making less, but also the gap does not appear to be closing any time soon.

The fact that over half of Duke female professors are in STEM departments (which historically make more than humanities professors) makes this persistent divide particularly alarming because it makes the salary statistic comparable to their male counterpart. This inequality in pay is further complicated by inequality in advancement, as exemplified by the fact that only twenty-five percent of female Duke professors are considered tenured in comparison with the male’s thirty-five percent. Only one of fifteen of Duke University’s presidents has been female. Multiple of my female professors have been the heads of their departments and still have failed to be promoted to the status of full professorship. On Duke University’s campus, we only have one statue of a woman on campus. The list of inequalities goes on and on.

This is profoundly ironic at a higher education institution that seems to pride itself on innovation. Since coming to Duke, the statistic that we are a top ten university has been yelled at me countless times. We are praised for our cutting edge research, multiple Nobel Prizes—and yet we are behind countless schools in gender salary equality and gender representation within our faculty. I feel that being a top ten university implicates our school in leading the trends of higher education. Duke prides itself on creating an “equal playing field” for all students, those coming from disadvantaged backgrounds and different cultural situations, but why should these values halt at the students? Shouldn’t we create an “equal playing field” for our faculty as well? Perhaps it is time for Duke to stop spending hundreds of thousand of dollars on our grass and instead, start looking critically at how we treat our own, notably female, professors.