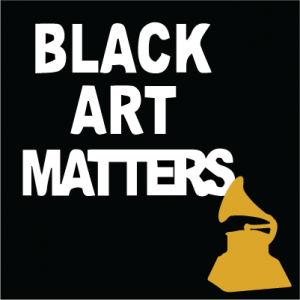 Leading up to the Grammys last Sunday, popular news media framed the 2017 Grammys as the ultimate star showdown between Beyoncé and Adele. Beyoncé was nominated for nine awards that night while Adele was nominated for five. Both artists shared nominations for the three largest award categories of Song of the Year, Record of the Year, and Album of the Year. The night was shaping up to be similar to that of the 2016 Grammys with Kendrick Lamar vs. Taylor Swift.

As you all know, like Taylor, Adele won Album of the Year and dominated the night by winning each of the awards she was nominated for. To be fair, Adele’s album “25” and song “Hello” are absolutely amazing and I love them both. However, Beyoncé deserved to win, hands down.  Adele knew this Sunday night, when accepting her fifth award of the evening for Album of the Year, Adele walked up from backstage crying. In her acceptance speech she stated, “I cannot possibly accept this award… my artist of my life is Beyoncé.” Quickly, I would like to step back and appreciate what Adele did in speaking out to injustice where it exists rather the practicing some exclusionary white feminism (Taylor should take notes). But anyways, later backstage, Adele said “I felt it was like [Beyoncé’s] time to win… What the f*** does she have to do to win Album of the Year?” The last time a black woman won Album of the Year was Lauryn Hill in 1999, joining Natalie Cole and Whitney Houston as the only other black women recipients.

This snub is indicative of a greater problem within the Grammys (and many other award shows): appreciating mainstream sales over genuine artistry. This is also a race problem. The oversight of the R&B and hip-hop artists (not to mention Rihanna’s Anti snub) that have expanded the popular music genre has been going on for decades, and it is frankly appalling. I made time over the weekend to watch the award show in hopes that Beyoncé would actually win what she did indeed deserve, but other than the incredible performances by black artists (Beyoncé, Chance the Rapper, Bruno Mars, A Tribe Called Quest) the award show was not worth watching.

So unless black artists want to only win categories like Best Urban Contemporary Album (there are so many things wrong with this title), it may be time to join Frank Ocean and Kanye West in either not submitting their work or not showing up to the Grammys because it will not give them the recognition they deserve. To continue to award mainstream white artists is a rejection of incredible art of black visionaries. I look forward to seeing how the Oscars turn out to see if their adjustments will be more inclusive to that of artists of color because the Grammys may need to undergo similar changes. America has always had a love for black culture and it is about time we start loving and recognizing the people who make it.