Girls are to Wrestling as Boys are to Pink Nail Polish

Take a look at these two pictures-what do you think they are? 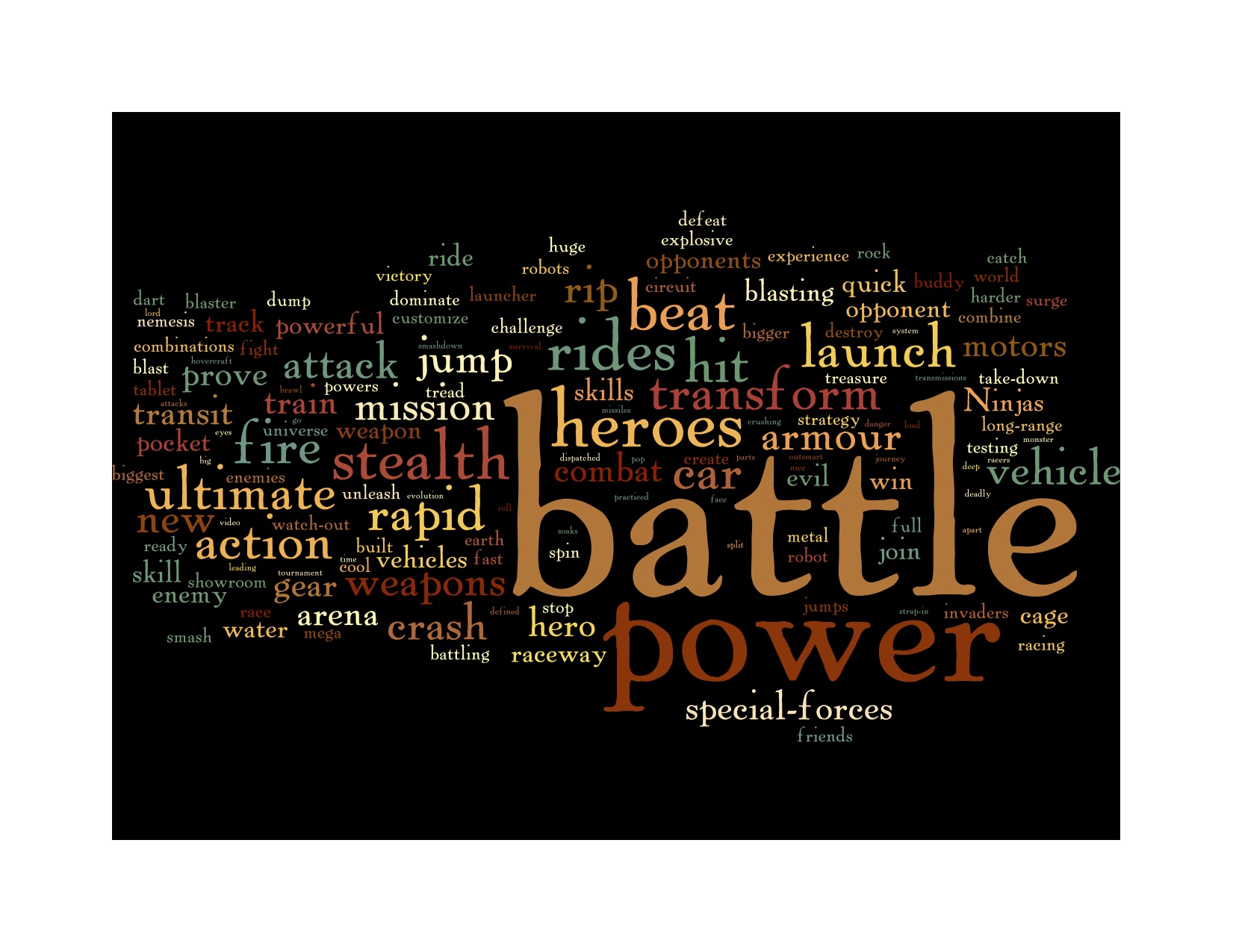 The answer may surprise you—or maybe not. They are visual representations of words used in advertisements, where the size of the word correlates to the frequency of its use (more on this, including the original images, here). The top image is for boys, and the bottom for girls. This, of course, brings up the question that is at the root of this matter—what does it mean, in contemporary American society, to be either a boy or a girl?

As a child, my aunt once helped me paint my nail (that’s right, just the one) purple. I didn’t care too much for the feeling of it, and soon afterwards got rid of the nail polish. I’ve never gone back to it, but I’d like to think that’s primarily because I don’t like the feeling of nail polish (and the wonderful acrylic smell doesn’t really help matters). However, I have numerous friends (both female and male) that enjoy painting their nails (albeit in obnoxiously bright colors, which never ceases to annoy me). I’ve never felt that my initial painted nail or the nails of my friends confused us about our gender, but this debate has been brought up recently due to an advertisement in a J. Crew magazine where a woman is painting her son’s toenails pink. Does a boy lose sense of what it means to be a boy if he partakes in activities traditionally held for girls? I don’t think so.

And yet, there is a substantial public opinion that suggests that only men or women take part in certain activities. Like it or not, we begin socializing children from a very early age. How do we balance the normative pressure to be masculine or feminine with ideals of gender equality? Is it fair to tell a boy that he can’t be on the cheerleading team? Is it fair to tell a girl that she can’t wrestle? In a nation where the government emphasizes a sense of equality amongst all human beings, it is ironic that even today, there is still a large divide amongst what it means to be a boy or a girl. What would happen if this weren’t the case? One only has to look to cultures in which there is an inherent advantage to having a son over a daughter, such as in China and India. Currently, both are suffering from large gender disparities, with an overpopulation of men.

If we agree that the 100 million missing women in Asia are a problem, we should be equally concerned about marketing in America that clearly defines gender roles for children here. The stakes are lower, but the principle is the same. And besides, if I (as a boy) want to play with Barbie, shouldn’t that be ok?