Girl (don’t) Look At That Body 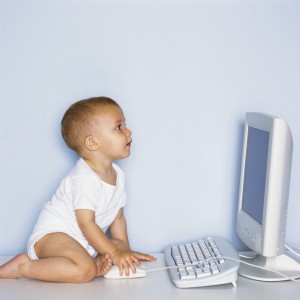 Back in May, a first grader was suspended from school due to his singing of the popular song “Sexy and I know it” to a girl at lunch while “shaking his booty” near her face (yes, that’s what the news said). His overflowing confidence was not appreciated by the school administrators and the six-year-old was slapped with a sexual harassment charge by the school. The police were not involved because they only deal with “sexual harassment offenders” aged ten and up. Though the news is disturbing and certainly controversial (the boy had been warned before), what is worrisome is that in the interview, the boy and his mother talked about how often he encountered the song by LMFAO* on the radio, at the department stores, on the TV, and on the internet.

It is true that the popular song is everywhere. The “thong thrusting” music video has garnered hundreds of millions of views on YouTube and the new M&M SuperBowl commercial that uses the song has twenty one million views itself. Even the seemingly innocuous remake called “I’m Elmo and I know it” has a suggested link that leads straight to the original video. (Another entertaining clip here)

We always try to protect our kids – we impose a rating system on movies/channels, we censor lyrics on popular radio stations, we even put a restriction on the commercial time for children’s TV stations. This kind of stuff isn’t new, but in this Information Age, it is simply impossible to supervise what children see and hear (my four-year-old cousin owns a 3G iPad). Imagine how difficult it would be to keep an elementary school child from hearing the song/fully understanding why it is inappropriate? Who is to blame in this situation? The parents? YouTube**? M&M? LMFAO?

This “corporate responsibility” reminded me of the Facebook news last week: Facebook is trying to get rid of its “age 13 and above” rule but the Children’s Online Privacy Protection Act is getting in the way. The wording of the law will most likely not stop Facebook, who is more profit thirsty than ever after its IPO failure. Its age check already intentionally shaky, Facebook, like so many other popular companies, stations, and advertisements, need to be aware of their inherent ethical responsibility and the potential consequences they can easily create. As companies that appeal to the masses, their influence is tremendous, and they need to do a better job in monitoring their content.

*LMFAO claims that their acronym stands for “Loving My Friends And Others,” don’t you just love these little coincidences in life? Also the song “Sexy and I know it” was meant to be a parody.

** YouTube does require you to report your age in order to watch the video – obviously not very effective.