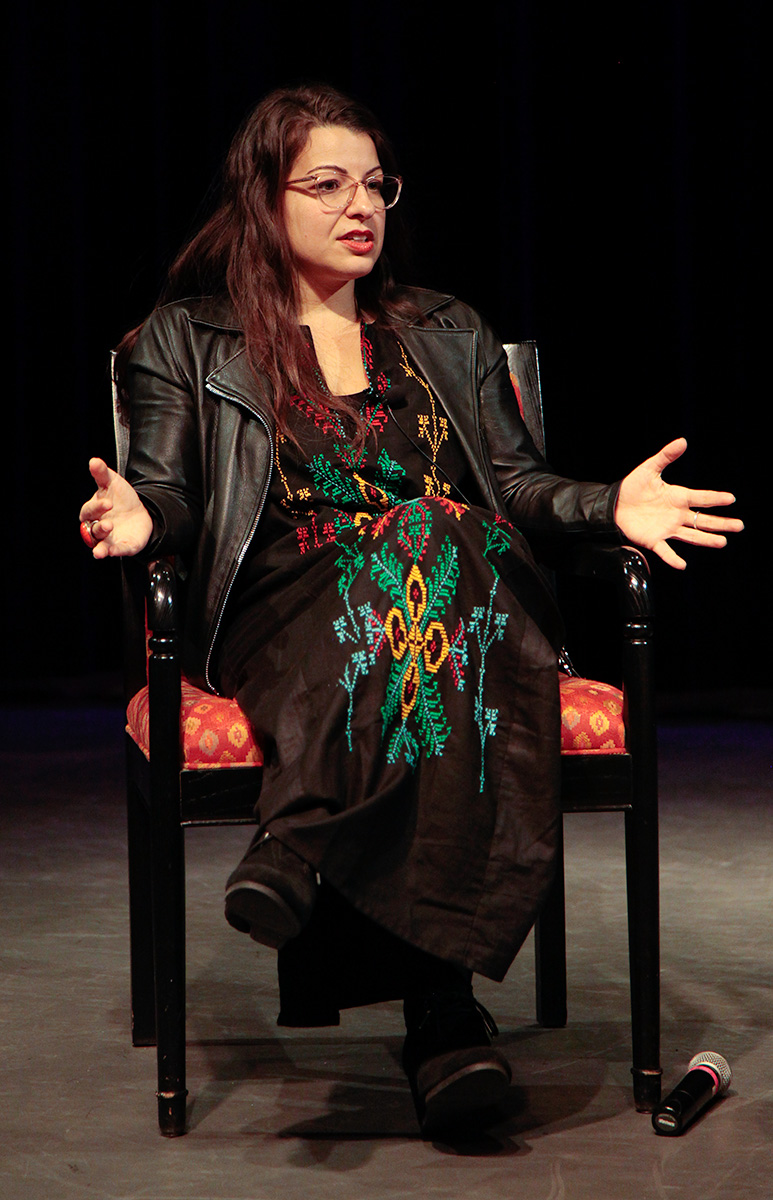 Despite the chilly rain last Friday night, a lively crowd of faculty, students and residents welcomed Adrian Lentz-Smith’s Ethics of Now conversation with Anita Sarkeesian, feminist media critic known for her role in Gamergate and co-author of History vs Women: The Defiant Lives that They Don’t Want You to Know.  Anita’s path was largely forged by her move toward radical politics as an undergraduate and the realization in graduate school that “Feminism wasn’t accessible.” Seeing feminism trapped in academic spaces with a particular language that made it inaccessible to most people led her to ask, “What can I do to live my politics right now?” YouTube and Jay Smooth provided an answer. She started making videos critiquing popular media with an intersectional feminist lens; Feminist Frequency was thus born against a cloth tapestry backdrop in her apartment. And despite advice from “everyone” not to include feminist in her title for fear of it turning people off, her channel took off.

Anita’s most influential work sprang from her series of video on Tropes Vs Women in Video Games that critiqued stereotypically helpless or overly sexualized depictions of women in video games. The response from some gamers through anonymous online platforms was swift and vitriolic; “The next five years looked like never-ending harassment – that continues to this day.”

While she didn’t get into the details of that time, she shared what she thought came from that experience. “It created a conversation that the gaming industry was not having – doing that educational work and the harassment around it created this space for developers to talk about representation in their studios.” It also changed the conversation around online harassment, “Issues around online harassment were not taken seriously—not by law enforcement…not by the general public. Social media made it worse and more accessible…And it keeps happening.”

To give a taste of the kind of critique common on Feminisit Frequency, Anita shared her take on popular TV shows from Buffy the Vampire Slayer and Xena’s portrayal of the “evolution of a [female] character trying to survive trauma” not previously seen on television to Battlestar Galactica’s troubling take on race and poor story arc that led to “a dumpster fire” of a last season. Most interestingly she pointed out how popular media can challenge the stories we tell ourselves, “We think in stories, we tell our stories all the time, most of them are lies…We might join communities that also enjoy those stories… and talk to people around the water cooler about them.” But, she suggested shows like The Good Place and Brooklyn Nine-Nine are “subtly progressive” and “that’s how the stories get in.” 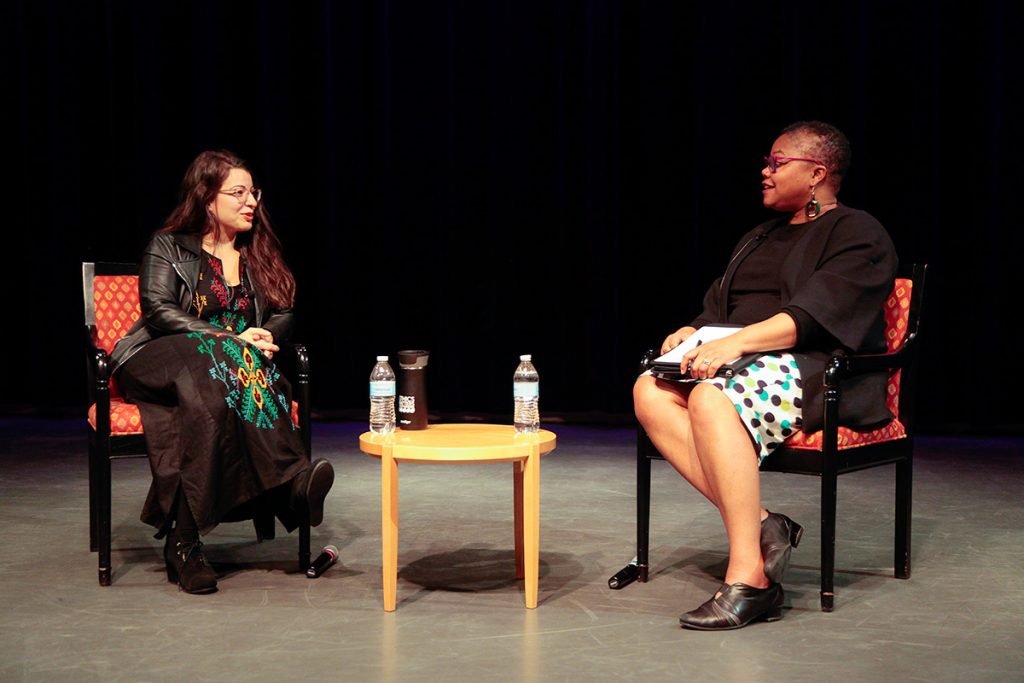 As the conversation wound down, Anita shared her worry about the current politically climate where she saw that the “Left sometimes eats itself.” Her answer to that is within our political imagination. “We need a society that really thinks about liberatory politics – I love thinking about where I want us to go. I’m not a good activist if I can’t articulate where I want us to go in the future.” 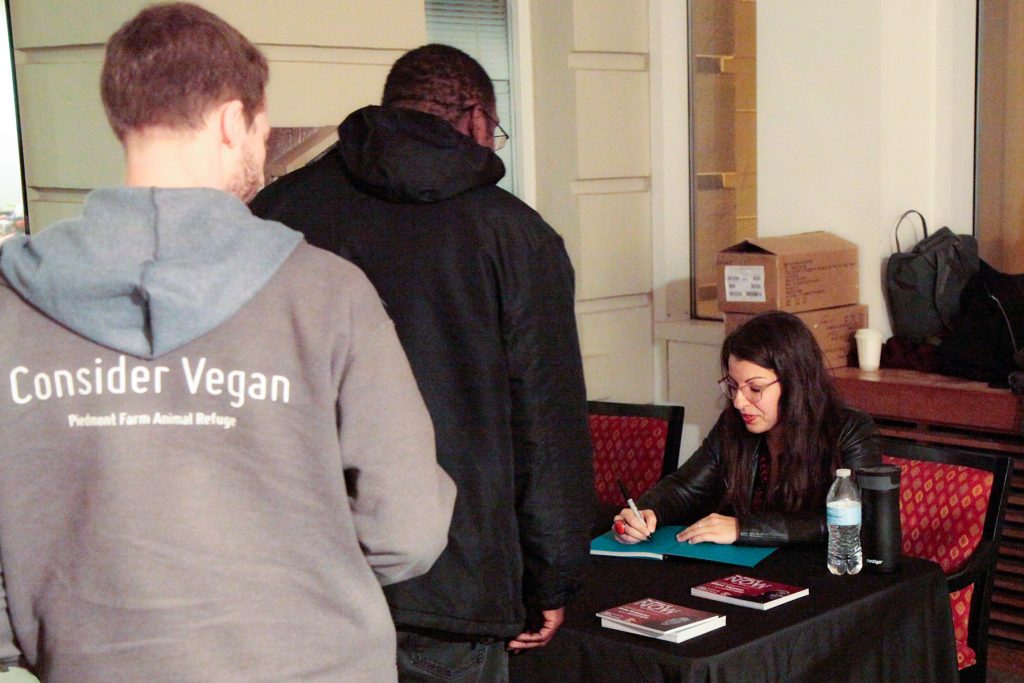 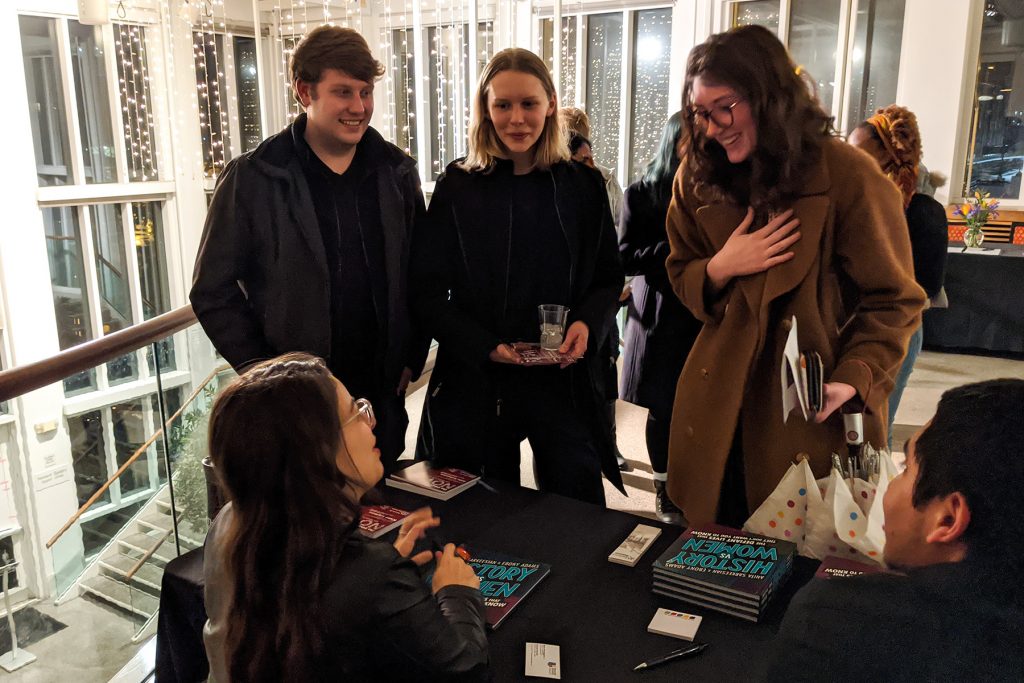 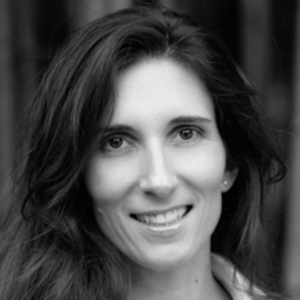