From Silver to Gold Lining; From Comparative to True Gratitude

“Optimism,” said Cacambo, “What is that?” “Alas!” replied Candide, “It is the obstinacy of maintaining that everything is best when it is worst.” – Candide, Voltaire

Sometimes, there are really bad moments in life. And, while it is possible to learn from some of these experiences, and better ourselves through reflection, there are just some moments that are plain bad. There is nothing that one could learn from these moments that couldn’t be learned in a less harsh way. And, we would likely be better off without having to experience these moments whatsoever. Hard stop. 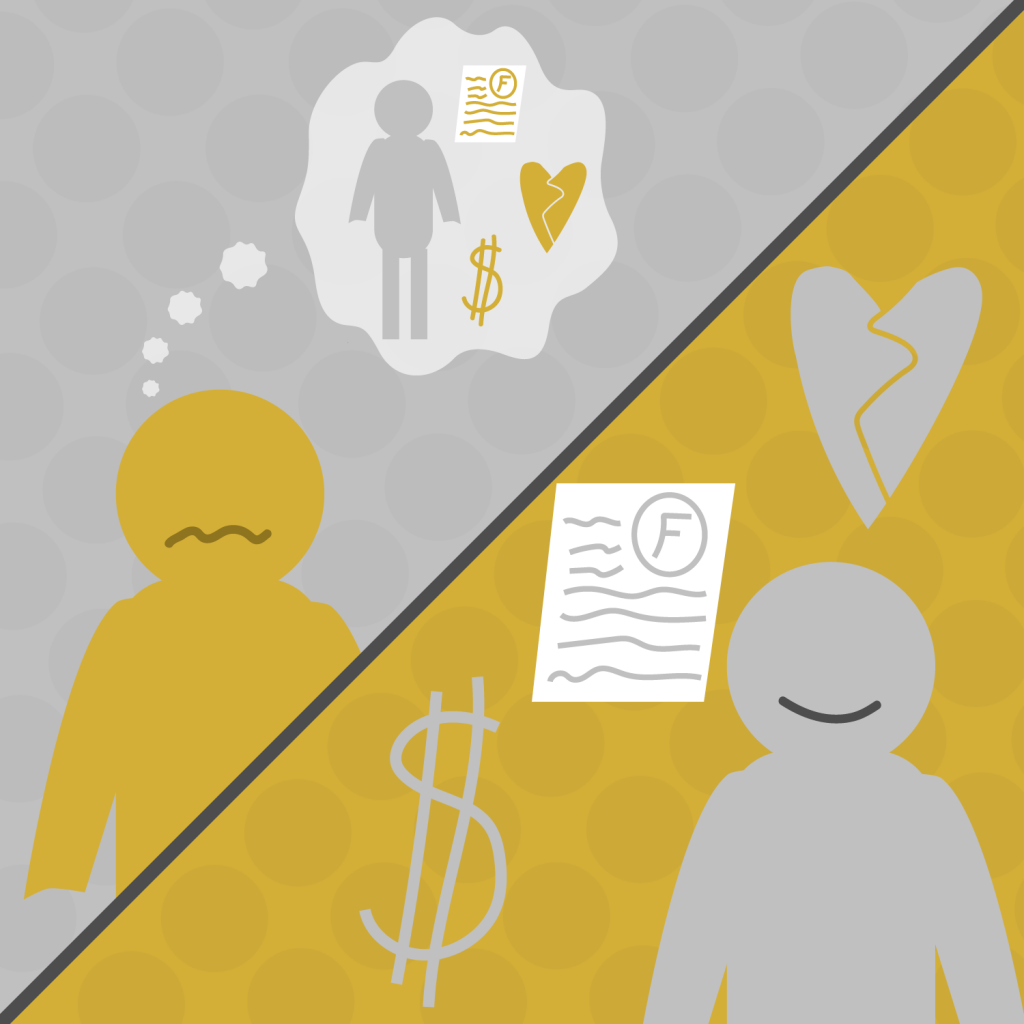 Yet, when speaking about these “bad moments” with many of my peers, I am often given the advice to find gratitude in the silver lining of these bad experiences. I hear variations of it could be worse after all and at least I didn’t have it as bad as someone else had it. Before becoming a Resident Assistant, I took these responses as unquestionably valid. Finding gratitude through comparison seemed beneficial. In difficult times, it is better to be grateful than to be upset, I figured.

However, in listening to some of my residents talk about their difficulties adjusting to Duke, I realized some of the flaws in the Comparative Gratitude mentality. For instance, many residents have recounted their issues with balancing time at Duke, but then quickly qualify their difficulties by saying something along the lines of but I know I don’t have it as bad as Person X (who more often than not is an engineer or pre-med), so I am grateful and I don’t really have much to complain about.

My residents don’t recognize that by drawing this comparison they belittle and delegitimize their own polemic in a way that is unfair to their personal health and wellbeing. They use Comparative Gratitude as a means to rationalize a less than ideal situation. And, this logic persists outside balancing class time; it also enters into the field of personal relationships. Namely, in my role as a Resident Assistant, I have also had numerous conversations about unhealthy friendships and/or romantic relationships that make the person I am speaking with feel drained or insecure or the likes. Similar to the other conversations, I often hear justifications for remaining in these friendships/relationships along the lines of well it could be worse or I should be grateful for the good things that the other person gives me. These rationalizations search for the silver lining in preventable situations to justify the status quo and use fratitude as their masquerade for doing so.

After reflecting on this, I concluded that Comparative Gratitude is often dangerously metamorphized into faulty rationalization of changeable reality. Finding the silver lining then becomes necessary to justify such an existence. Drawing these conclusions reminded me of Voltaire’s satirical novel Candide which, among other ethical concerns, points out much of these same flaws with Comparative Gratitude and optimism (see quotation above). What a troublesome ethical rabbit hole this logic puts people in!

This past week I was once again listening to one of my residents recount their background and how it has impacted their experiences at Duke. A similar foundation was set: difficulties at home played into difficulties adjusting to Duke which play into current stresses that my resident feels. My resident paused – something I wasn’t accustomed to – they then continued to say, but I have learned from my experiences that true gratitude is not saying ‘person X has it worse than I so I should be happy with my lot’ nor is true gratitude saying ‘well my situation is bad but I should be happy that it isn’t worse.’ Rather, true gratitude is looking at the situation and after trying to make the best of it, being grateful with whatever the resulting reality is (even if it is less than ideal) because at least you know you tried your best.

I sat there stunned. In these few seconds my resident became my advisor. My questions about gratitude and finding silver linings were concisely addressed. No longer would I search for gratitude through comparing my life with others, but rather search for gratitude in its true form: the form that originates from being truly content with whatever situation I find myself in. And, while this sometimes may still require finding the silver lining in tough times, it would require finding the silver lining only after trying to optimize my reality. So in this sense, I would be finding a truer silverlining (perhaps more of a gold lining, if I may).

Through True Gratitude, I can simultaneously be happy and look to improve my circumstances. I no longer need to succumb to the naïve optimism that Volatire’s Cacambo references. Rather, I can be a grateful optimist who continuously strives to better himself and the world around him. I hope that my resident continues to inspire people and share their wise insights with those around them. I know that I certainly will!