Who knew a bureaucratic revolution could be so compassionate? 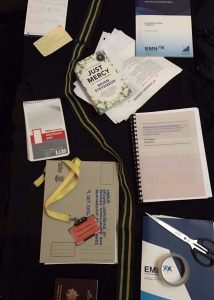 On this week’s bus ride to our activity with unaccompanied minor refugees, I sat next to one of my new friends from the Democratic Republic of Congo. She is usually relatively reserved, except when encouraging her younger siblings to challenge a Duke student in a game of bowling or handball – then, the teasing older sister persona I often take on with my own family makes an appearance.

“Do you have children, then?”, she asked as our bus pulled out of its parking space. I was taken aback. “No, I’m definitely planning on waiting until after I graduate and start my career. I want to go to law school, too. And, I’m only eighteen.” “Eighteen? I thought you were all in your late twenties!” She lit up and chattered on about how funny it was that we are the same age, and we both ended up in Dublin at the same time from so far away. She hadn’t been quiet because she was shy – she just didn’t know we had much in common.

Yet, I was acutely aware of how different our perspective on the next five to ten years of our lives may be. She has only just this month completed a long and arduous journey to a safe country where she has leave to remain, her family is still in the process of being reunited, and she now faces the prospect of orienting and integrating herself in this new community. She came to the same conclusion: “It’s interesting how people’s paths can be so different, at the same age. White people always seem to have a plan for their future. Back home, plans mostly involved having babies. But here, you are all prepared for the next five or six steps in your path.” Now that some of the insecurity in her life has abated, she has also started allowing herself to make plans. She hopes to be an aesthetician in Dublin, and wants to figure out how to access the appropriate training and launch her business. She is worried that she will not be able to enroll in or afford a certificate program.

This is a common concern for many recipients of international protection. They frequently fail to bring documentation of their previous qualifications (such as a high school diploma), and their education abroad may not be recognized by the Department of Education and Skills. There are also constraints to receiving free access to third level education including a three-year residency requirement in Ireland, leading to many migrants feeling like they are stuck, wasting time, unable to move on with their lives by continuing their schooling.

My focus these past five weeks has been assessing on these gaps in the refugee resettlement pathways at the Irish Refugee Protection Programme (IRPP), in the Department of Justice and Equality. My supervisor is searching for every crack in the system, hoping to launch his vision of a bureaucratic revolution by institutionalizing the resettlement and integration processes at a national policy level.

The refugee resettlement sector of the public service (and in particular the Department of Justice and Equality) faces immense amounts of pressure from all sides. This includes budgetary constraints, recent Supreme Court rulings, public opinion forged by sensationalistic media, criticism from the non-governmental sectors, political maneuvering, the tension between concepts of equality, fairness, and reparations, and the unprecedented scope of the refugee crisis in Ireland.

Throughout the government, a number of actors should be involved in making refugee resettlement work – the Health Service Executive, the Department of Education and Skills, the Department of Social Protection, the Department of Jobs, Enterprise and Innovation. Yet, there are no mechanisms in place to bring these groups to the table in a constructive and accountable manner. There is no institutional pathway for dialogue or agreement, no overarching policy directing these actors towards a common goal of integrating refugees, no discretionary budgets focused on refugee-specific needs, and no accountability devices.  All of these mechanisms could serve to alleviate the pressures on the public service agents working in this field.

Instead, the small office of 20 or so staff members at the IRPP must personally navigate the array of agencies and actors needed to resettle thousands of refugees. They communicate with the Local Authorities to find housing for each family, take each refugee to their first doctor’s appointment, establish crèches in the Emergency Reception and Orientation Centre… The staff is familiar with, but far from desensitized to, the monikers of “Nazis” and “prison guards” given to them by those who disapprove of the reception and orientation centers. They contend with a constant barrage of criticisms from agents who do not propose alternatives or truly constructive help. Some are known around the office as “having been to war” – that is, having worked in this sector for more than the five or so years it typically takes employees to burn out.

It is hard to know to do refugee resettlement well, but the IRPP is trying to make a two-year-old program successful with few institutional agreements, little discretionary budget, no national policy concerning refugee resettlement, and a huge lack of precedent. As an intern who has only been doing this work for five weeks, I have caught myself relying on these pressures to idealize the office’s work and dismiss most critiques of the government as facetious out of hand. (And, in fairness, they often are – mention that you work at the Refugee Protection Programme and watch every NGO intern around you groan.) Given that this was my introduction to the work of refugee resettlement in a government agency, I have found myself focused on simplifying the bureaucracy for bureaucracy’s sake – with good reason, but perhaps mistakenly so.

My conversation with my friend from the Democratic Republic of Congo was an important reminder of where the focus of public service should be. The creation of institutional pathways towards a whole-of-government approach to refugee resettlement cannot just be a change which simplifies the daily lives of government workers and streamlines the processes. We should aim to alleviate the pressures on the public service agents working in this field, but only insofar as it also enables us to improve the process for those we are serving. If our goal is to integrate recipients of international protection into Irish society, this principle needs to be reflected throughout each and every process we undertake, regardless of the other constraints we face. Bureaucracy cannot be solved for bureaucracy’s sake –  we need a compassionate revolution.

This realization was solidified when I attended a clinic at one of the Emergency Reception and Orientation Centers this past week, where IRPP staff spend two days in the EROC every month meeting with families to hear and respond to their concerns. Worries were raised regarding the possibility of finding housing near family members, the varying availability of interpretation in hospitals, potential reimbursement for taxis in cases of emergency… All of these are matters pertaining to the departments I have been focused on, trying to determine ways to involve them constructively in the resettlement process. My friend from the Democratic Republic of Congo, for example, would find recognition of her qualifications much simpler if the IRPP had established agreements with the National Foreign Qualification authorities. These could involve the provision of fee waivers and a systematic agreement for the agency to visit the EROCs and meet with each individual who wishes to claim previous educational experience.

As we work towards our bureaucratic revolution, we need to create a system that is responsive to the lived, thought, experienced needs refugees face in the integration process. Institutional change should be a tool which allows public servants to help refugees reach their dreams of being fully independent families, active members of their community, and to help 18-year-ods reach their dreams of becoming business-owning estheticians. This bureaucracy needs to reflect the attitude of the individual staff members – one which responds to histories of trauma, aims to understand the needs of those affected, aims towards achieving independence for the families, all the while being conscious of the constraints involved in these processes.

Who knew a bureaucratic revolution could be so compassionate? 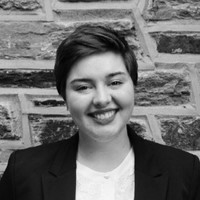