“Fixing the Cut” of Corporate Abuse

By Tiffany de Guzman on July 10, 2018
During my first three weeks as a research intern with Corporate Accountability, I’ve learned about the organization from over a dozen different staff members in various orientation sessions. While each session offered new information on our campaigns, fundraising, media and communications, or history, one sentiment was reinforced by every individual—that the most effective way to create lasting change is through addressing the root of the issue. My internship supervisor, Neil, often uses the metaphor of treating a cut to describe this idea. “For example,” he says, “if you have a really bad cut, do you want to fix the cut and put stitches on it or just get a bigger Band-Aid?” As an organization, Corporate Accountability strategically chooses to address the root of the problem in their efforts to “fix the cut” that is corporate abuse.

Corporate Accountability (CA), previously Infact, is a non-governmental organization that believes that corporate power and abuse are at the root of some of the deepest injustices in our society—from economic inequality to systemic racism. CA envisions a world where corporations answer to people, instead of the other way around, and has been working to stop the life-threatening abuses of transnational corporations (TNCs) for over 40 years now. The organization was born with the launching of the Nestlé boycott in 1977.

This campaign was in response to the aggressive marketing of powdered infant formula in communities across the globe that was leading to the deaths of babies in the Global South. It can be seen through this example that Infact went after the root of the issue, Nestlé, in their very first campaign. Rather than targeting the doctors that were promoting the formula, Infact recognized that they were being manipulated by Nestlé to do so and thus targeted it. Soon after, the organization turned their attention to the nuclear weapons industry and successfully compelled the industry leader, General Electric, to permanently cease producing and promoting nuclear weapons.

Today, CA runs four campaigns: tobacco, water, food, and climate. In each of these campaigns, CA employs two grand strategies to produce lasting change:
1) Organize people around the world to apply direct and strategic pressure on TNCs
2) Lock in changes by strengthening democratic institutions and empowering governing bodies like the UN to exercise their authority over TNCs

In order to apply these strategies and challenge corporate abuse in the most effective way possible, CA always targets the challenged industry’s leader because it is responsible for setting the industry standard. For example, in my work on the water campaign, I have been doing research on the detrimental impacts that private water corporations such as Veolia, Suez, and Nestlé have had across the globe—from Flint, Michigan to Lagos, Nigeria.

Each of these strategies uses the power of people to pressure CA’s corporate targets from a different angle. The first strategy is essentially “bottom-up,” grassroots organizing that engages and empowers communities. CA believes in including and drawing leadership from those that are most affected by TNC abuses: women, people of color, people in the Global South, indigenous people, youth, and low-income communities around the world. While CA takes pride in its work, it also prioritizes recognizing that, oftentimes, their most important role is to uplift the voices of those on the ground. In order to do this, CA works closely with its allies across the world to support their shared missions. For example, I participated in a call today with our ally in Nigeria, Environmental Rights Action, to strategize how to best continue advancing our water campaign in Lagos. Empowering communities is a powerful way to address the root of corporate abuse because it produces sustainable effects—these individuals and groups will continue to challenge corporate abuse within their communities, even after CA’s campaign comes to a close.

CA also engages people power in the Boston office each and every day. The office is constantly humming with the voices of staff members calling donors and members to encourage them to donate, reach out to their local or federal representatives, or host events within their communities to bring in new members to the movement. Similarly, the media, communications, and recruitment teams are continually working to reach out to new audiences.

The second strategy focuses on influencing those with power to ensure that the changes CA achieves are destined to last. One of the best examples of this strategy in work is also considered to be one of CA’s milestone achievements. In pursuing its tobacco campaign, CA dedicated itself to working with government leaders to secure an international treaty that would rein in the massive, global power of “Big Tobacco.” In 2003, the World Health Organization adopted the global tobacco treaty as its first legally binding treaty. Today, it has been ratified by over 180 parties. As a result, nearly 90% of the world’s people are protected from Big Tobacco interfering in their government’s policymaking decisions. CA strategically chose to campaign for the development of binding treaty language in this case because the root of the issue here was that tobacco corporations were able to lobby world leaders during discussions on health—a conversation that the tobacco industry has no place in. On the water campaign, the water team just recently got back from the US Conference of Mayors, where they educated mayors on how dangerous water privatization can be for a city. It is important for the water team to give special attention to this key constituency because they’re the ones that hold the power to sign the contracts with corporations.
In only a few short weeks, I have witnessed how Corporate Accountability employs its strategic tactics to address corporate abuse as the root of some of the deepest injustices in our society. Through empowering average citizens to challenge corporate power and influencing governing powers to institute lasting change, Corporate Accountability is working to “fix the cut” that corporations are inflicting on society each and every day. 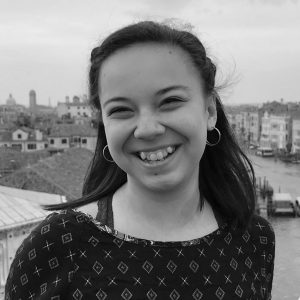