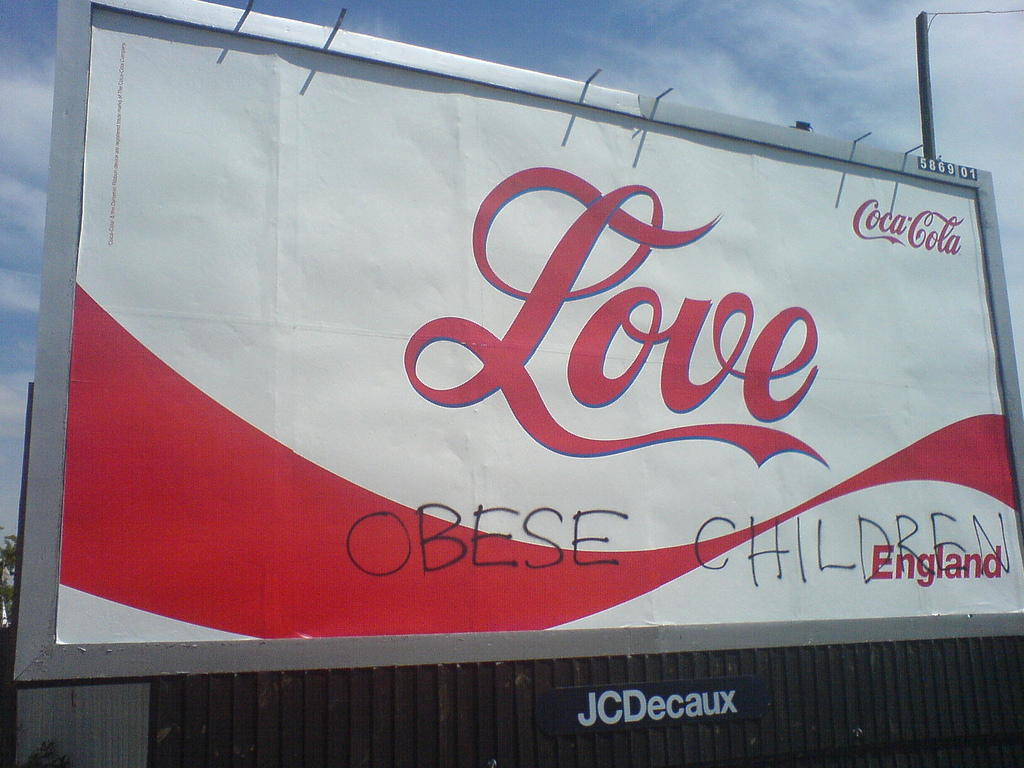 “It’s hard being a little girl when you’re not.”

This is the rhetoric used by the Strong4Life Obesity Campaign recently launched in Georgia.  According an  ABC news article, the campaign uses negative portrayals of obese children to “scare” parents into awareness about the issue.

To view the campaign propaganda, check out the following videos.

With childhood obesity on the rise, it seems that Strong4Life is attempting a new angle.  Instead of promulgating positive messages of healthy eating and exercise, the campaign is instead relying on negativity and shame to galvanize parents into action.

In one video, an obese boy looks into the camera and asks, “Mom, why am I fat?”  Such images are startling and heartbreaking…as intended by the campaign organizers.

First, are these videos effective?  Strong4Life cites that public service announcements which showed the harsh realities of drug-use were highly effective in the 90’s anti-drug campaign.  These recent print ads and videos are similarly eye-catching, but it is still unclear whether the “shock-value” will translate into action.

The rhetoric of the campaign is entirely negative.  “Stop sugarcoating it, Georgia,” the ads demand.  And instead do what?  The Stop4Life campaign does not provide any positive guidance.  It sensationalizes childhood obesity, but once the buzz dies down, will parents imbibe the message and attempt to instill healthier behaviors in their children?

Even if parents do compel their children to lose weight, how feasible is weight-loss and keeping the extra pounds off?  A recent article in the New York Times suggests that once obese, children may be condemned to the “fat trap.” Scientific studies have shown that losing weight is difficult because diets send the body into starvation-mode.  Moreover, keeping the weight off is even harder- the New York Times article chronicles one woman’s effort to maintain her weight-loss which includes exercising every day, counting every calorie, carrying a scale around- even on vacations ‑and still she is overweight.

More importantly, the campaign raises the question of whether it is ethical to use obese children as the spokespeople.  In an era where we try to encourage children to build self-esteem and embrace their bodies, is a campaign where children admit their shame over their condition a step in the right direction?

Although parents and children need to take accountability for their own health, the Strong4Life campaign seems to take it a step too far.  It turns a war against obesity into a war against obese individuals.  It implies that obesity is a shameful condition.  It implies that parents of obese children are entirely at fault.  It accepts the teasing and bullying of obese children without challenging its cruelty.

The videos breed further intolerance toward obese children and their families.  What the campaign, and the larger public, fails to understand is that losing weight for an obese individual is not the same as slimming down for the average person.  We try to lose a pant size.  They try to lose 100 pounds.  We cut fries and soda.  They need to go on medically supervised diets.  An Atlantic Monthly article points out that often, it’s not that obese children and their families don’t care, but rather, that losing weight is a whole different ball game.  Although the campaign is well intentioned, it only further propagates the myth of obesity and weight-loss.

Obese children are already vulnerable and marginalized; we don’t need to put them up on billboards.  There are other ways of calling attention to the issue without using these children as a neon-sign.