Fictions of Consent: Contract and the Victorian Novel

Liberal political theory places a premium on the concept of individual freedom, which is enacted—political philosophers tell us—through autonomous choices that reflect personal preferences. Thus, the exemplary form of modern liberty is contract: we perform our freedom every time we enter into willed agreement with another individual for mutual benefit. This idea, born during the Enlightenment, matured in the nineteenth century when the concept of individual agency was consolidated into the coherent political program that we call “liberalism.” But inherent in contractual understandings of liberty lurk discrepancies and paradoxes. Is willed agreement an accurate index of freedom when environmental, social, or personal circumstances constrain one’s ability to make choices? Can one choose contractually to abdicate one’s own agency? Doesn’t the temporal structure of a contract—promising now to perform later—imply the fettering of one’s future freedom by one’s present commitment? In our contemporary moment, we have inherited the political system of our Victorian forebears, along with its contradictions. As we struggle to reconcile our ethical responsibilities to the often-conflicting ideals of freedom and equity, we might do well to examine how the inventors of this system confronted its challenges.

My research contends that it is in literature that the Victorians most powerfully tested the ideals endorsed by the political theory of the era, ultimately revealing the promise of liberalism as a subterfuge. My argument suggests that reading Victorian novels as theorizing their own political and social contexts facilitates our present understanding of the perils of contractual formulations of agency. The ethical stakes of Victorian novels for us today lie in their ability to defamiliarize the contradictions of a political system that we now view as natural: what we experience as the inevitable endpoint of democratic progress, nineteenth-century novelists could see developing as a contingent response to specific political disputes, prejudiced interests, and calculated agendas. It is to the Victorian novel, then, that we might look for more equitable alternatives to contractual theories of freedom.

My research begins with a nineteenth-century puzzle: certain kinds of anomalous, exceptional criminal behavior seem to have occupied more than their fair share of concern in Victorian jurisprudence and popular culture: survival cannibalism, for instance, or women murdering their spouses. I contend that Victorian law and culture conferred undue attention on certain crimes not because of their sensationalism—not because they were extraordinary—but because they were actually dangerously ordinary. Victorian law was invested in expelling as criminal some behaviors that the novel can help us see as contractual. Given the centrality of contract to quotidian social relations in nineteenth-century England, these ostensible anomalies were a problem for all Victorians because these crimes spoke to—and challenged—foundational principles constituent of the Victorian social order. Today, we have inherited a political system built by the Victorians; my interest in the nineteenth-century novel thus lies in its ability to reimagine and critique the political conditions that we now take for granted.

According to a historically persistent narrative, the modern state distinguishes itself from its pre-modern predecessors by virtue of its foundation in the consent of the governed. Seventeenth- and eighteenth-century political philosophers posited a theoretical “social contract” as the device by which this consent was established. The genius of the theory lay in its ability to reconcile the desire for personal liberty with the necessity of each individual’s submission to a common good: contract guaranteed the acquiescence of the governed to their subjection. By the nineteenth century, the social contract had ceased to function as mere origin story and became a way of imagining a structure for social relations in which everyone might aspire to participate. With the 1861 publication of Henry Maine’s landmark contract treatise Ancient Law, contract became understood as foundational to ordinary social relations. Sociality was no longer contingent on a grand, originary social contract, but on literal contractual agreements like the exchange of labor for wages, the purchase of goods on credit, and the marriage contract. But it was fiction, I argue, that most powerfully questioned whether the metaphorical consent on which the social contract depended could be actualized in the literal legal contracts that Victorians made with each other or if consent remained no more than mythically foundational to human relations.

Victorian novels, I contend, challenge liberal political theory by exposing contract as the mechanism by which coercion is simultaneously integrated into and concealed within ostensibly consensual forms of association. The novel—the genre most associated with narratives of individual, deliberative action—discloses the concept of the individual’s autonomous consent as political fantasy. Through the novel’s ability to posit situations in which individual agency is deeply compromised—situations, for instance, in which involuntary predisposition, environmental accident, or psychological aberration impairs the individual’s ability to make choices—Victorian literature examines the failed attempts of modern subjects to negotiate consensual relationships with one another at the limits of human experience. Novelists suggest that the structural coercion apparently unique to the extreme situation in fact represents the ordinary logic of liberalism. At the same time, Victorian novels devise alternative forms of agency unimaginable within the framework of contract theory. Ultimately, I argue that reading the novels of writers like Charles Dickens, George Eliot, Robert Louis Stevenson, and Thomas Hardy can help us to better understand the foundations of some of the most intractable problems in our contemporary world. 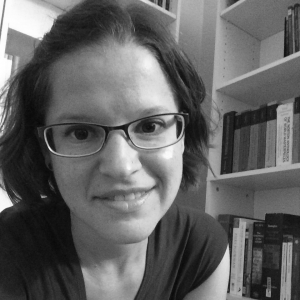 Emma Davenport is a sixth-year PhD candidate in Duke’s English department, where her dissertation examines the relationship between the Victorian novel and legal theories of contract. In her teaching, she is particularly interested in the ways that digital technologies can contribute to effective pedagogy. She has been involved in Duke’s Data Expeditions and Data+ programs and she has presented work on digital pedagogies at the Triangle Digital Humanities Institute. In fall 2019, she will be presenting a Twitter analytics workshop at UNC-Charlotte and giving a paper at the Victorianist Data Network Conference at the University of Virginia.

All posts by Emma Davenport