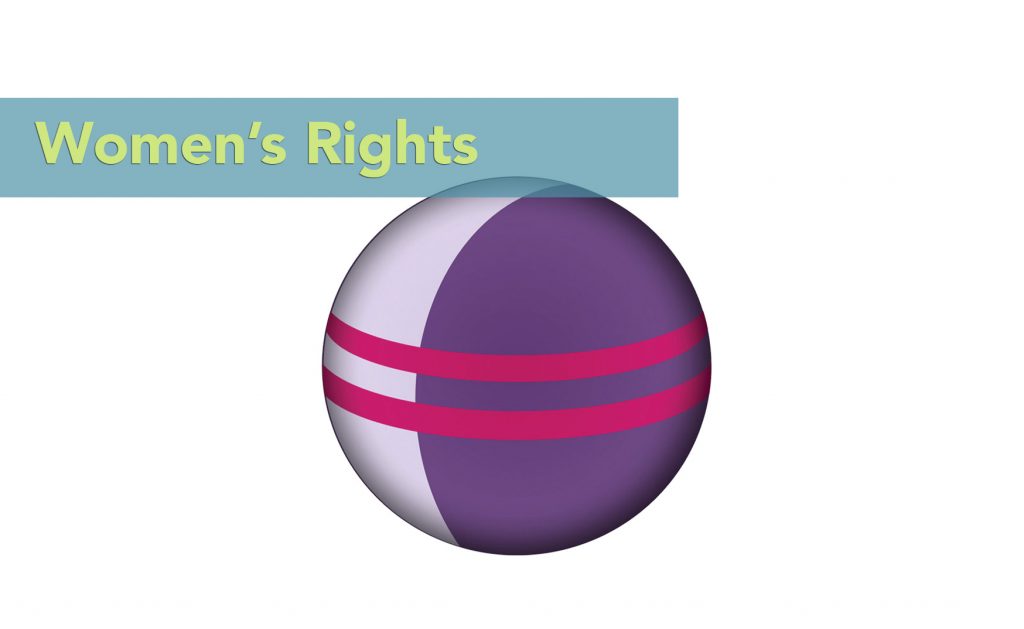 These are the newest fighting words of the Feminist Majority Foundation’s campaign to educate and mobilize activists across the country. The campaign is one of the organization’s many projects aimed at ensuring leaders and policymakers alike prioritize women’s issues.

The Feminist Majority Foundation (FMF) is a non-profit dedicated to women’s equality, reproductive health, and non-violence. The FMF uses both research and action to advance legal, social and political equality of women with men.The FMF also prioritizes training young feminists in order to help empower and encourage the next generation of feminist leaders in the United States.

The FMF approaches social change by advocating for women’s equality and empowerment through their educational programs, grassroots organizing, and public policy advocacy. By working on different projects, the FMF is able to advocate for both domestic and global women’s issues. Some of the current FMF campaigns and projects are the Choices Campus Leadership Program and Campaign for Afghan Women and Girls. The Choices Campus Leadership Program is a forum for students and allies to come together and share feminist ideas and events. The Campaign for Afghan Women and Girls aims to bring attention to the fragility of women’s rights in Afghanistan through the FMF website, media interviews, news stories, op-eds, visibility events, speaking engagements, organizational briefings, online organizing, and public education materials.

Ultimately, the FMF would like society to change in ways that ensure women are safe from violence, serve as leaders in both the private and public sector and are empowered to make their own decisions. The FMF has a strong national and international following of feminist activists who take advantage of the FMF programs and resources in order to incite change on local levels. These activists are helping the FMF in collective action campaigns, through social media advocacy and through putting pressure on local policy makers to advocate for women’s issues. In addition to focusing on key large advocacy issues, the FMF also prioritizes focusing on current event issues such as how the affordable healthcare act will affect women. The FMF is changing society on a day-to-day basis through reporting on daily issues on their blog, writing legislature that positively affects women and generally holding campaigns that mobilize and inspire women and men across the country and the world.

But beyond FMF’s high-profile campaigns and large-scale grassroots advocacy, FMF’s character and success reflect the hard work and determination of the president and staffers of the organization. As an intern at the Feminist Majority foundation this summer, working closely with these intelligent, passionate and wise women has been such an honor. I value the staffers’ incite into the current political climate and feel in may ways that the value of my internship extends beyond the concrete duties assigned to me to also encompass the exposure of working in a passionate office such as this one.

I officially started my internship at the FMF May 30th. As interns, we focused our first week on meeting the FMF team, learning more about the individual and collective roles of the FMF team members, writing for the Feminist Newswire Blog and soaking up the wisdom of Eleanor Smeal. Eleanor Smeal is the president and founder of FMF. Eleanor is known as one of the original trailblazers of the modern women’s movement and has dedicated her life towards fighting for women’s equality. She has worked on a number of different issues ranging from leading the movement to ratify the Equal Rights Amendment (ERA), the largest nationwide grassroots and lobbying campaign in the history of the modern women’s movement to launching the international Campaign to Stop Gender Apartheid in Afghanistan to counter the Taliban’s abuse of women. I was deeply moved hearing Eleanor explain that the seed for her social activism was planted during her time at Duke University, where she became heavily involved in integrating Duke during the civil rights movement. Eleanor’s ability to pursue her passion of politics and women’s equality in a professional setting is commendable and an important reminder for me, a rising senior thinking about future life and career goals, that one’s passions and career can intersect.

Aside from learning from Eleanor, I have also already learned a tremendous amount through observing the other women working in the office. I quickly learned that the FMF team members all wear different hats in the office. While individuals may have specific projects or office managerial roles, each member of the FMF is well versed and suited to handle the many different responsibilities and even challenges of the organization. I think that this flexibility and willingness to assist when needed is essential in a successful non-profit environment. The FMF has many important issues to tackle and advocate for but unfortunately not an endless amount of people or resources to do so. By having a dynamic team willing to take on many different roles around the office, the FMF is a stronger organization.

This summer will be challenging. There is no denying that the current political climate is upsetting much of the progress feminists and social activists have worked so hard to achieve over the past century. I am sure there will be times this summer when I will question whether I have what it takes to fight the sexism, bigotry and chaos our world is facing. When I have these thoughts I will remind myself that I am a feminist, and feminists fight back.