By Mumbi Kanyogo on July 22, 2018
During my time at Feminist Majority Foundation I have been able to witness the organization use physical protest, political consulting and coalition work as methods of advocating for multiple causes. And particularly at a political moment of great upheaval and displacement, many times FMF is using all three methods simultaneously to achieve one goal. In this blog post I suggest that given the uncertainty of the conditions that surround protest, protest seems to be the least successful approach in FMF’s social justice work.

Given FMF’s stature as one of the women’s rights movement’s most reputable organizations, coalition work is a particularly strategic approach for achieving its agenda. Many of FMF’s staff members have worked at other social justice or NGO-type organizations in DC, as such they have been able to create the connections necessary for creating and joining coalitions. These coalitions are incredibly useful for lobbying public officials, as well as expanding FMF’s expertise on a particular issue. For example the Equal Rights Amendment, originally proposed in 1972, which ultimately forbids the denial of equal rights on the basis of sex, has been brought back to the center stage. Recently, Illinois became the 37th state to ratify the ERA amendment. This victory brings the ERA movement just one state away from national ratification. FMF is part of the ERA coalition – a coalition made up of multiple social justice-oriented organizations – which has been at the forefront of a rededicated fight for its ratification. Two weeks ago the ERA coalition was able to lobby over a dozen senators and house representatives in order to have the ERA’s first mock hearing in 33 years. A mock hearing is a simulation of a real congressional hearing. Whilst a real congressional hearing is conducted by the members of the relevant committee to gain more information on a particular issue, a mock committee can be used for strategizing purposes and is sometimes a partisan endeavor. In this case this mock hearing was attended solely by Democratic congressional members and had partisan testimonies. The ERA Coalition’s wide social network that includes major women’s rights stalwarts such as Ellie Smeal (President of FMF) and Alyssa Milano (Actress), meant that it was able to build the social pressure on politicians and leverage the connections necessary to have a successful hearing. The hearing drew much needed media attention to an amendment that is unknown by many in younger generations, therefore widely publicizing the importance of ratifying the ERA. As such, I think that coalition building is the strongest approach I’ve seen during my time working at FMF.

Additionally, FMF uses political consulting as a measure of influencing politics. In the face of the upcoming state elections in most states, FMF is intent on ensuring that individuals with favorable women-centered policies are elected, particularly in deeply Republican states. This strategy allows the organization to work in collaboration with political actors to ensure that women’s rights are at the top of their policy agenda. This approach also aids the organization in realizing its goal of equal political representation on federal, state and local levels. However, given that FMF is a multi-issue organization, it is difficult to find politicians with ethos that wholly represent the organization’s views. And particularly in a two-party system, where legislative races are mostly limited to Democrats and Republicans, the work of finding candidates that espouse all of FMF’s policy positions is difficult. And even if one were to find a politically similar candidate, the organization desires to support folks who can win, therefore often eliminating those in third parties. As such, although political consulting has been useful for achieving FMF’s policy agenda, the lack of political choice inhibits FMF’s ability to endorse individuals who fully represent their policy positions.

Lastly, FMF uses physical protest as a means of creating social change. Recently FMF participated in a rally in DC that focused on highlighting the issue of immigrant family separations. The plan was to walk from the capitol to Immigration and Customs Enforcement (ICE) and then have some of the leaders of the protesting organizations, as well as members of congress offer themselves up for arrest in order to create massive media attention on an issue. The rally was energetic and invigorating. However, the problem here was the fact that individuals did not get arrested given that the police officers seemed to be under a strict order not to arrest any of them. As such, despite almost 5 hours of protesting down the streets of DC, the action did not get the media attention that was hoped for. This incident made clear the wariness that must be employed in having expectations of law enforcement, as well as the lack of certainty in protest. As such we can observe that there is a need to have a wider conversations on the ethics of protest, to ensure that the protests it engages in are effectively leveraged as a political tool.
Ultimately, FMF uses a variety of different approaches to ensure that its agenda is achieved, and to advance the broader protection and safety of women everywhere. Furthermore, it is clear that despite the usefulness of physical protest, there is a need to be more strategic and creative in organizing protests moving forward given that the government is determined to ensure that protest and activism do not elicit great support. 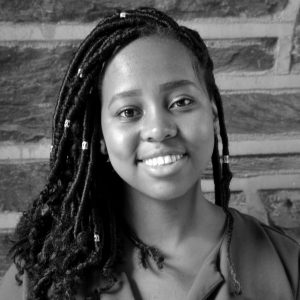