Feeding Two Birds with One Seed 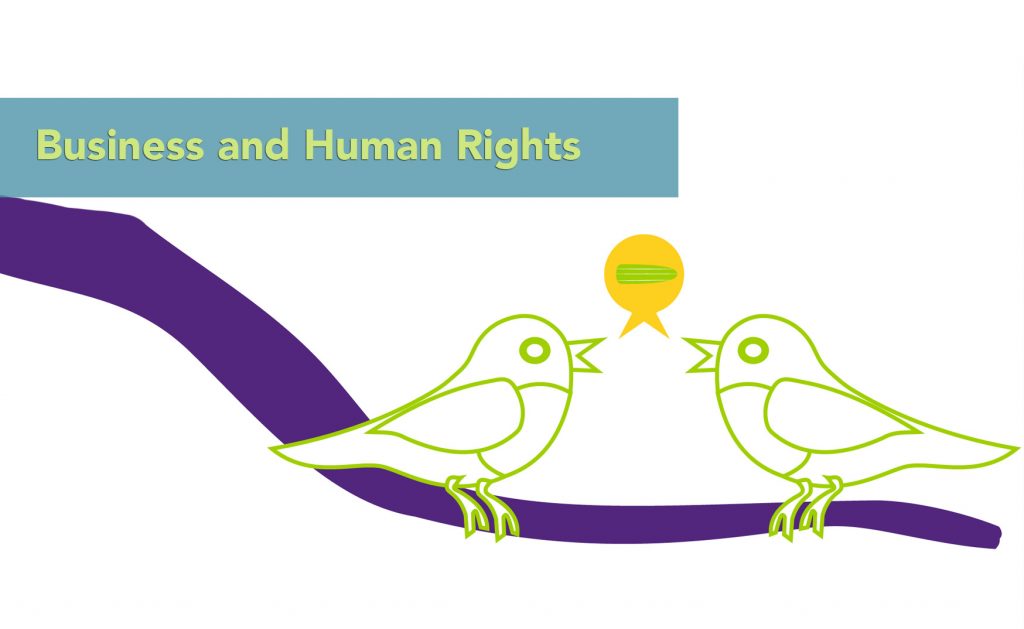 “What’s a nonviolent way of saying ‘killing two birds with one stone’?” Susanna, lead researcher of Corporate Accountability International’s food campaign, was in the middle of delivering her team’s 10-minute presentation to the rest of the CAI staff, interns included. It was my first staff meeting and was the first time since starting my internship a few weeks prior that I’d been in the same room as everyone on staff, including CAI’s president. Needless to say, I was terrified. I sat in the very back on the conference room with the other interns, frantically taking notes in my journal. The staff meeting had been underway for more than 45 minutes at this point and the tone had been mostly serious. So when Susanna stopped in the middle of her debriefing to pose the question — and when everyone on staff laughed –I looked up from writing and was relieved at the ease of the tension in the room.

In this particular instance, Susanna was using this metaphor to describe her team’s approach to solving a water crisis in Nigeria. But, after a week and a half of intensive orientation and several weeks working as a full-time research intern, I’ve become familiar enough with CAI’s organizational framework to finally understand that ‘feeding two birds with one seed’ is the perfect way to describe the work that this non-profit does. Corporate Accountability International has one core mission: hold transnational corporations accountable for the life-threatening environmental and human rights abuses they perpetrate. This mission is its “seed,” which informs and motivates every decision that the organization makes. But it achieves this through applying pressure to transnational corporations both from the top-down and from the bottom-up.

Corporate Accountability International’s approach to social change is primarily through empowering communities to mobilize and take action. This is the “bottom-up” approach and it lies at the core of this organization given that CAI was born out of an international boycott of Nestle. Corporate Accountability International is a member-based NGO, which means that they maintain an open channel of communication with their donors and members about what occurs both internally (within the organization) and in the international human rights community. They keep their members updated with major developments about food justice, the fight against big tobacco, climate policy, and water privatization through extensive news monitoring and weekly e-mail blasts.

Perhaps more importantly, Corporate Accountability also has an initiative called the Action League, which is a team of organizers who encourage community members to commit to attending and/or leading trainings, calling elected officials and corporate executives, and/or joining rallies or demonstrations. For example, this past Thursday the Action League spent hours tabling at a local art festival to get community members to sign up for a free conference call where they informed participants about Trump’s new water infrastructure plan. On this conference call, there held breakout sessions where callers could learn about ways to mobilize their own communities, like how to power-map their local congressperson. This method of empowerment is known as “bottom-up” because it promotes their goal of social change through by giving community members the tools, information, and opportunity to mobilize and form their own grassroots movements.

As the saying “feeding two birds with one seed” would suggest, CAI also directly challenges corporate power at the policy level. This is the second leg of their efforts, the “top-down” approach. In a number of ways, Corporate Accountability directly challenges policies favoring transnational corporations concerning food, water, and climate change. This is considered a “top-down” approach because it appeals directly to governments, IGOs, and policymakers. For example, CAI has sent delegates to the United Nations Framework Convention on Climate Change (UNFCCC). Corporate Accountability International also participated in the second session of the UN Human Rights Council’s intergovernmental working group, which was created to produce a binding treaty about corporate human rights abuses. And four out of eight of CAI’s recommendations were actually implemented into the final version of the official second session report. Currently, CAI is working on replicating article 5.3 of the Tobacco Treaty, which keeps big tobacco companies out of public health policy about smoking. CAI hopes to adopt this same approach of kicking big polluters out of decision making when it comes to climate policy, and this effort is just one of many top-down approaches that this organization has used in order to realize its mission of making transnational enterprises accountable for their abuses.
Feeding two birds with one seed perfectly describes how Corporate Accountability International carries out its objectives. From mobilizing the everyday citizen, equipping them with information and skills to make change in their own communities, to working alongside governments on international platforms and shaping policy directly, CAI uses a two-pronged approach to take steps toward a world in which big business and their allies are held responsible for the harm they cause to people and the environment.