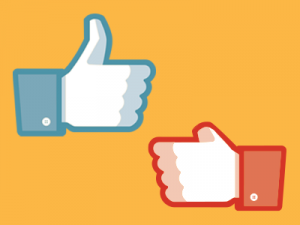 Do you ever have those political debates show up on your Facebook newsfeed? A friend posts about their political beliefs, and then an hour later you are thirty comments deep in all-caps and exclamation points.

One of my Facebook friends from high school recently posted about how she felt threatened when being catcalled at the gym, explained her fear, and voiced a request for men to consider the repercussions of catcalling. The tone of this post was not academic; it was angry and afraid, and rightfully so. Within eight hours of her post, a guy from my high school class commented questioning the basis of the catcall. The original poster tried to clarify the context that a “Hey” can be polite in one context and scary in another. The commenter didn’t understand the original poster’s experience with harassment and developed a defensive and close-minded tone similar to the #NotAllMen campaign. I watched this debate about feminism and #NotAllMen unfold over the day, knowing that nothing except online-yelling would result from the commenting.

As I watched this commenting debate, I kept thinking of my own Facebook status about my experiences being catcalled. When I was walking around off campus during a summer afternoon, someone yelled out of a passing car something along the lines of “hey girl!” at me. I felt uncomfortable, disturbed and angry, and I wrote a Facebook status, concluding with “Grow up, act like an adult, treat me like an adult, and leave me alone as I walk a few blocks home in the middle of the afternoon. Some people disgust me.” Instead of receiving comments that challenged my discomfort with catcalling, I received support and advice from a family friend in Chicago on how she deals with catcalling.

My Facebook friend and I wrote almost the exact same thing after the same experience, and our statuses received wildly different responses. Initially I was grateful not to receive an ignorant #NotAllMen response to my status. I don’t like Facebook debates. I think they waste time, exacerbate disagreements and demote civil discourse. If I received a #NotAllMen response, I would have ignored it.

Unfortunately, I have typically avoid the debates and place myself at risk for creating an “echo chamber” for myself. According to a study summarized by The New York Times, social networking sites become an “echo chamber” that only reinforces an individual’s opinions. We can now choose what information we consume, creating a citizenship that consistently reinforces its beliefs rather than challenging and engaging with new ideas. As a supporter of the Marketplace of Ideas, the “echo chamber” terrifies me. How can differing ideas compete if the ideas never come into contact?

On the other hand, any political discussion on social media seems to collapse into an all-caps, sarcastic, closed-minded rant by each individual. Ideas should compete on merit, not who writes in the largest font size. Rants harm political discourse, but maybe if we can resist that urge to hit the all-caps button, we could actually engage in an open-minded exchange of ideas without attacking each other that I have unfortunately not yet witnessed.