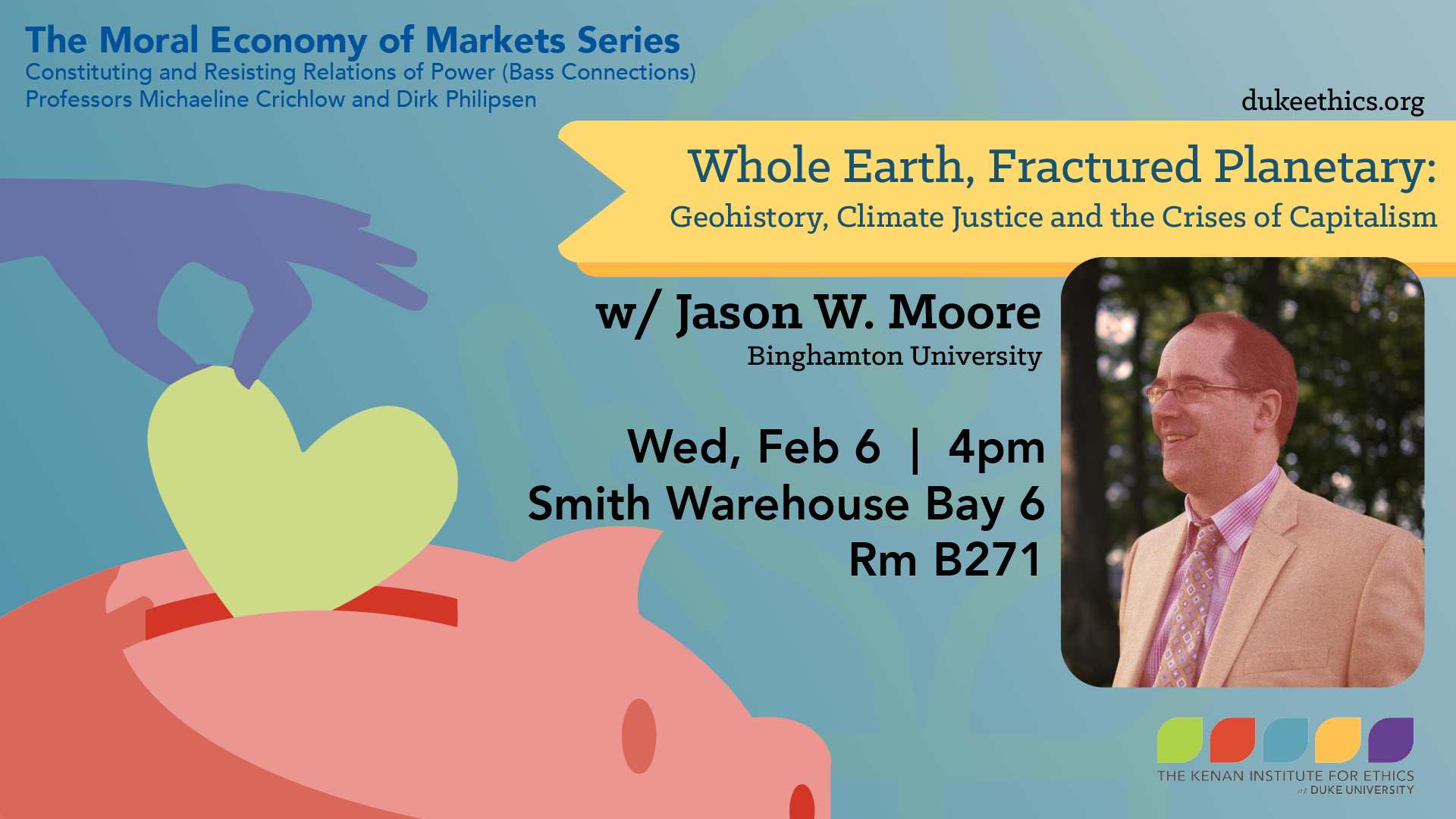 Jason W. Moore is an environmental historian and historical geographer at Binghamton University, where he is professor of sociology. He is author or editor, most recently, of Capitalism in the Web of Life (Verso, 2015), Capitalocene o Antropocene?(Ombre Corte, 2017), Anthropocene or Capitalocene? Nature, History, and the Crisis of Capitalism (PM Press, 2016), and, with Raj Patel, A History of the World in Seven Cheap Things(University of California Press, 2017). His books and essays on environmental history, capitalism, and social theory have been widely recognized, including the Alice Hamilton Prize of the American Society for Environmental History (2003), the Distinguished Scholarship Award of the Section on the Political Economy of the World-System (American Sociological Association, 2002 for articles, and 2015 for Web of Life), and the Byres and Bernstein Prize in Agrarian Change (2011). He is chair (2017-18) of the Political Economy of the World-System Section(ASA), and coordinates the World-Ecology Research Network.

This is a public presentation and open to all.