Who Gets the Ventilator? and other ethical challenges from COVID-19 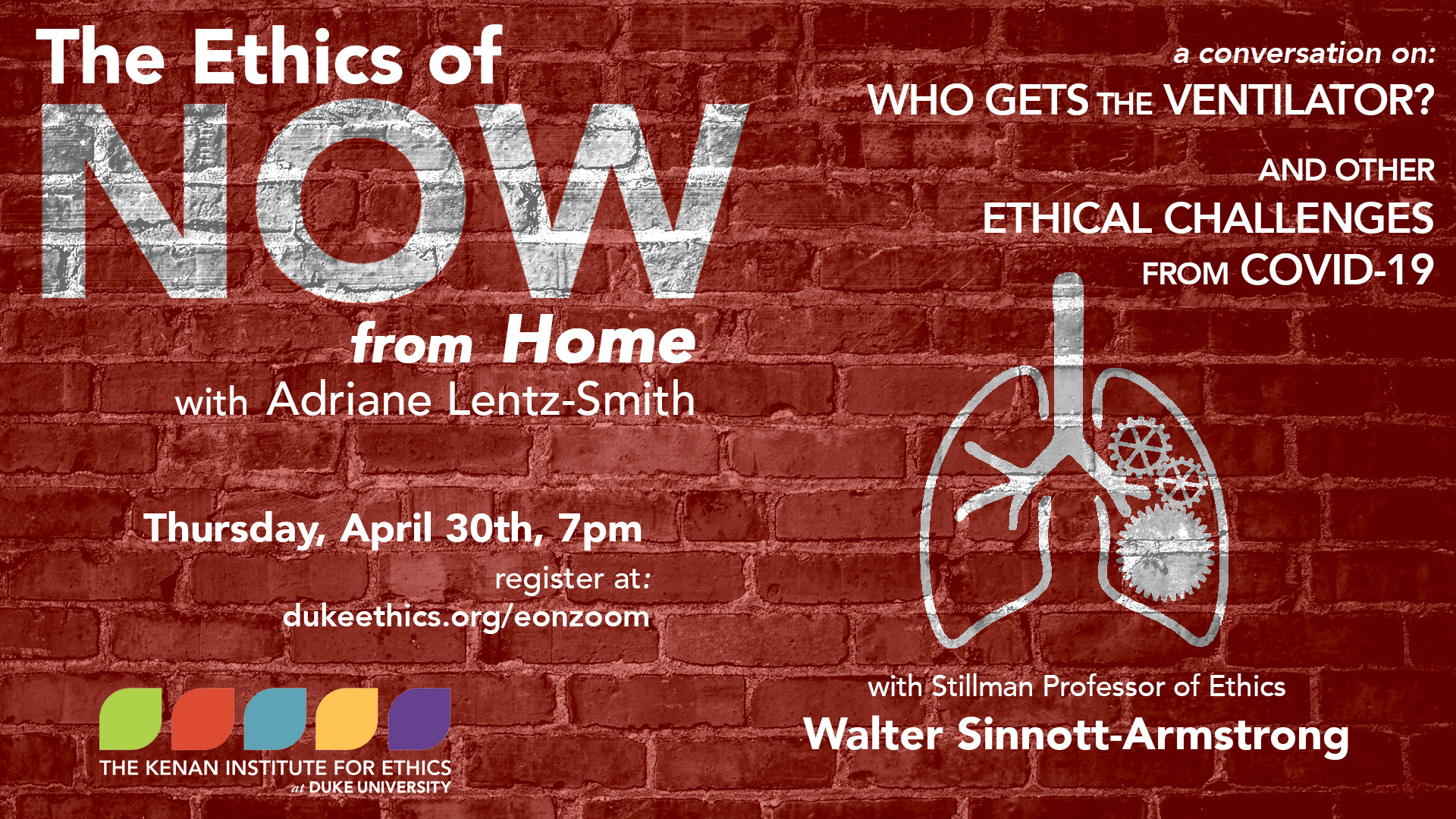 The Ethics of Now with Adriane Lentz-Smith continues from home with a series of brief, thoughtful and timely conversations about the ethical dilemmas of this historic moment.  This week, join Professor Lentz-Smith and Stillman Professor of Ethics Walter Sinnott-Armstrong for a conversation about “Who Gets the Ventilator? and other ethical challenges from COVID-19 .”  After registering, you will receive a confirmation email about joining the webinar.

Walter Sinnott-Armstrong is the Chauncey Stillman Professor of Practical Ethics in the Department of Philosophy and the Kenan Institute for Ethics at Duke University. He has worked on ethics (theoretical, applied, and empirical), philosophy of law, epistemology, philosophy of religion, and informal logic. He has received fellowships from the Harvard Program in Ethics and the Professions, the Princeton Center for Human Values, the Oxford Uehiro Centre for Practical Ethics, the Center for Applied Philosophy and Public Ethics at the Australian National University, and the Sage Center for the Study of the Mind at the University of California, Santa Barbara.

Sinnott-Armstrong is co-director of MADLab at the Kenan Institute for Ethics and has served as the co-director of the MacArthur Law and Neuroscience Project and co-investigator at the Oxford Centre for Neuroethics.

He is the author of Morality Without God? and Moral Skepticisms, editor of Moral Psychology, volumes I-III, and has published articles in a variety of philosophical, scientific, and popular journals and collections. His most recent book, Think Again: How to Reason and Argue, discusses the benefits that sound, fair arguments grounded in mutual understanding can have. His MOOC course of the same name, offered through Coursera, has attracted more than 900,000 registered students from over 150 countries.