Western Women of Daesh: Quests for Paradise, Empowerment and Adventure 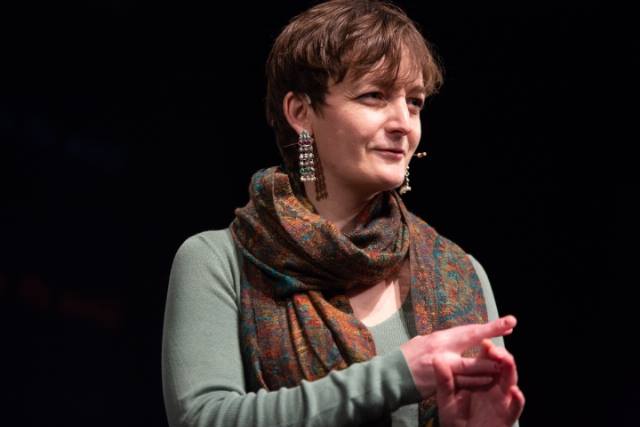 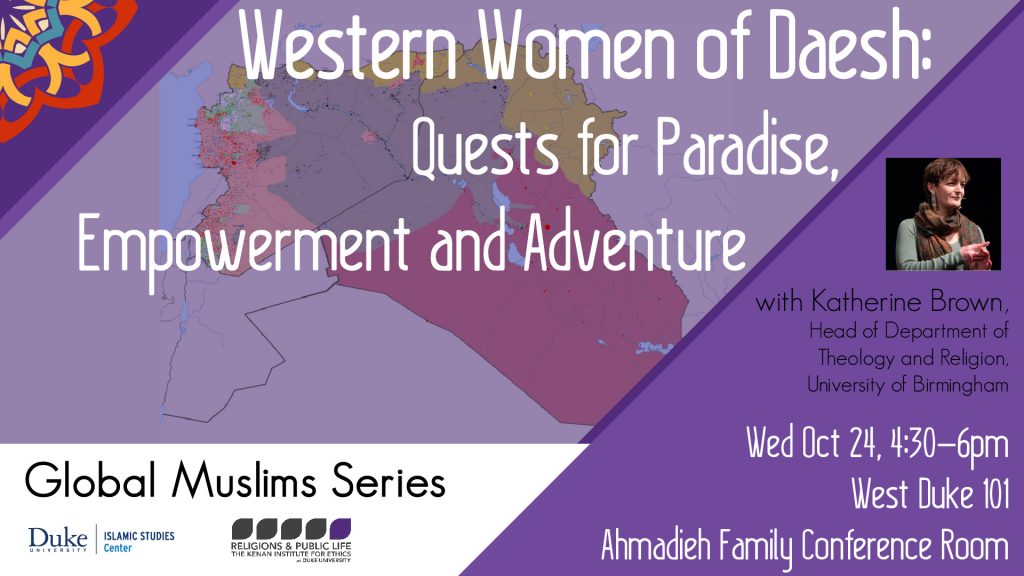 Dr Katherine E Brown is Head of Department of Theology and Religion at the University of Birmingham, where she is a senior lecturer (associate professor) in Islamic Studies. She is interested in Muslim women’s involvement in violent religious politics, specifically those linked to Islam. Her work examines the ways in which gendered jihadi narratives motivate and enfranchise, and how they combine with everyday experiences of living and politics. As a result of her expertise, she also works with the UK high courts as an expert witness on radicalisation cases involving young women and families. Her research also examines the ’other side of the coin’ and looks at how counter-terrorism and counter-radicalisation programmes impact on religious women’s rights and Muslim communities. She has recently finished a volume on gender and anti-radicalisation measures worldwide (out soon!). In light of that work, she is consulting with UNWomen and the OCHCR creating their “UN Gender Mainstreaming Guidelines for Countering and Preventing Violent Extremism”. Her long term project is to explore how religious women build resilience to violent extremism in their everyday lives and communities.

Discussions about western women’s involvement with the violent terrorist group Daesh (also known as ‘Islamic State’) tend to focus on their exceptionality. We are reminded of how unusual it is to have such high numbers of women joining a group such as this; to have women publicly advocate for positions of authority and violence; and to have women ‘give up’ the trappings of a liberal western feminist lifestyle. The women are consequently doubly deviant and exceptional for their actions. The challenge analysts have with this framing is that these are not necessarily unusual among women who engage with terrorism, and the women themselves are not so extraordinary. As a group they’re diverse, but ultimately have lived relatively mundane and mostly boring lives. Even those we ascribe great military intelligence to (the so-called White Widdows) have little in their past lives that are dramatically different from the general populations of Europe, Australia, and North America. However these women’s ordinariness gives us an opportunity to question a range of assumptions about how religion, terrorism, and gender interact. Their participation throws into sharp relief the failings of the ‘gender blind’ theories of mainstream radicalisation and terrorism studies. This paper after demonstrating the limitations of existing theories, then unpacks some themes that emerged from analysing the propaganda and interviews with Western women who are linked to Daesh: paradise, empowerment, and adventure. These are powerful themes, I argue, because they offer (false) grand solutions to ordinary problems. So how then should we understand these ordinary women’s radicalisation in a way that doesn’t end up in the same quest for exceptionality that I have critiqued the mainstream for embarking upon? To do this I engage with two great thinkers – Thomas Moore and Talal Asad. The result is a realisation that the women of Daesh express a utopian politics that is more than a question of belief or of material socio-economic grievances; rather radicalisation is the alignment of extreme belief, extreme belonging, and extreme behaviour. Overall, two larger points emerge. First, the western women of Daesh help us understand the gendered power of ‘religious extremism’. Second, from this understanding we can begin to unpick its appeal beyond the ‘shock and awe’ counter-narrative approach.