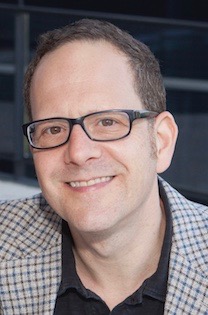 Abstract: In contrast to other historians who have emphasized the cataclysms of the 1930s and 40s as the matrix from which a “realist” foreign policy sensibility sprung, Specter shifts our attention to the 1880s and 90s, when the US and Germany sought to challenge Great Britain and pursue power on a global scale. As Germany and US both turn away from continental empire (Monroe Doctrine, Mitteleuropa) towards a more expansive notion of global empire, the notion of “world politics” or “world power” comes into view for the first time. Sea power was the frontier that required the elaboration of a new theoretical language, a “truer Realpolitik,” in texts of the time. Through a close study of the way US and German intellectuals such as Alfred Mahan, Paul Reinsch, Friedrich Ratzel and Max Weber theorized the national pursuit of “greatness,” Specter argues that the Atlantic realist tradition which spans the 20th century, has always involved complex intellectual practices of comparison, appropriation and distancing—practices that have obscured the entangled histories of US and German empire.

Matthew Specter (Ph.D. Duke), is an intellectual historian who focuses on German intellectuals and politics in the 20th century. His first book, Habermas: An Intellectual Biography (Cambridge 2010), was widely reviewed and translated. The paper draws on the book he is completing for Stanford University Press: Atlantic Realisms: Political Thought and Foreign Policy, 1880-1980 which focuses on American and German foreign policy thought and practice, historicizing the “common sense” of realism. He has published in Modern Intellectual History and History and Theory, the Oxford Handbook of Carl Schmitt and the Handbuch der Kritische Theorie (2019). A former Associate Professor of History at Central Connecticut State University, he has taught in the History departments at Duke, George Mason, Stanford, and U.C. Berkeley. He is currently Lecturer in Global Studies at U.C. Berkeley, and Associate Editor of the journal History and Theory.

***
Religions and Public Life at the Kenan Institute for Ethics, under the leadership of Malachi Hacohen, supports the Triangle Intellectual History Seminar. In recent years, intellectual history has reestablished itself as a distinct and vital field of scholarship, with a new attention to the social and cultural contexts of thought as well as to language, rhetoric, and meaning.  Even as the field has applied insights from a broad range of other disciplines, and especially from literary studies and philosophy, its practitioners have sought an understanding of thinkers, ideas, and texts that is emphatically historical. The Triangle Intellectual History Seminar, a partnership with the NCSU Department of History, Wake Forest University Office of the Provost, UNC Carolina Seminars, and the Duke Department of History, meets regularly to discuss visiting speakers’ working papers that deal with these issues.