The Microcredit Mousetrap: From the Promise of Fighting Poverty to a New Form of Financial Slavery in Mexico w/ Antonio Orozco Ramos 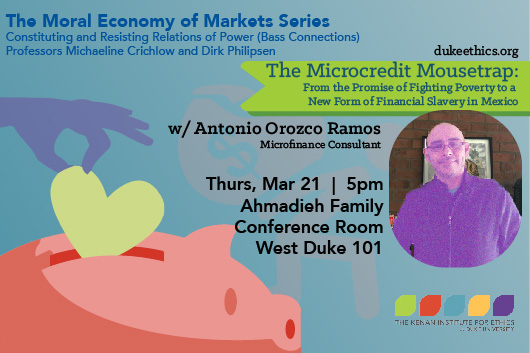 Antonio Orozco studied Business Administration at the Mexican University Instituto Tecnológico y de Estudios Superiores de Monterrey and an AD2 Top Management Program by the IPADE Business School. He has held several senior directorial  positions on Microfinance Institutions in Mexico; has worked for PlaNet Finance, a global French consulting company specializing in Microfinance, and provided consulting services to several companies in Mexico, Argentina and Colombia.  He has been part of the Board of Directors of the BANSEFI, a Mexican Development Bank, as well as on the Board of Directors of several other microfinance networks in Mexico.