The Ethics of Now: Annise Parker in Conversation 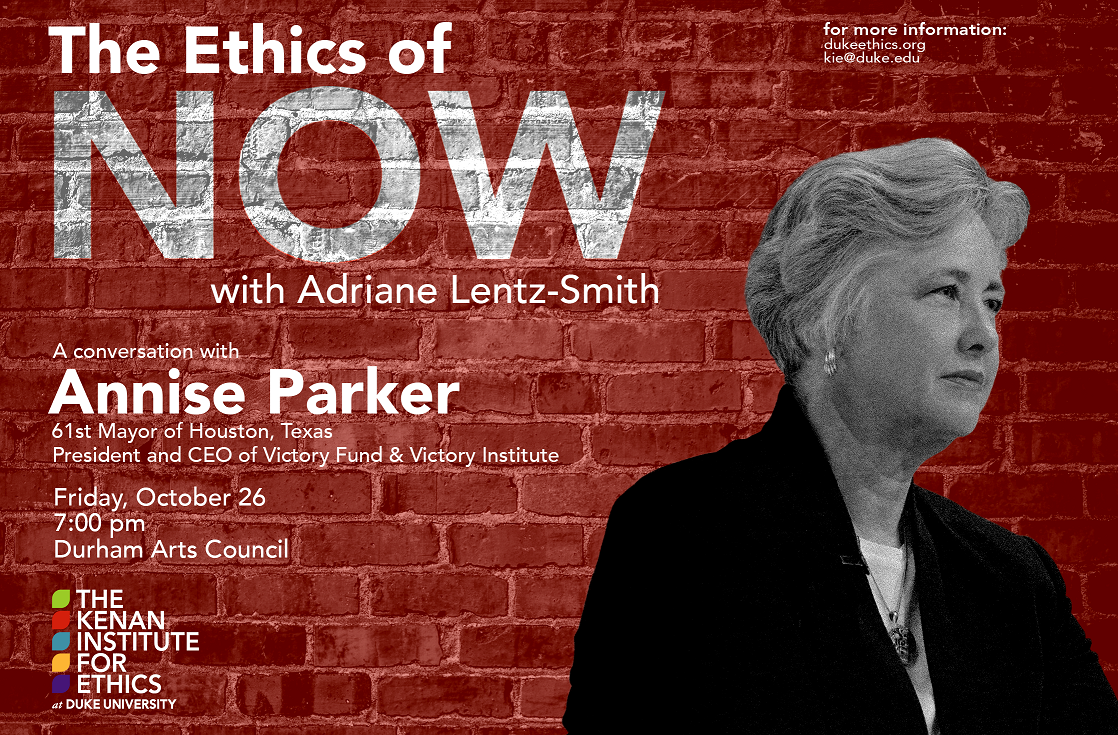 Annise Parker, the 61st mayor of the city of Houston and CEO and President of the Gay and Lesbian Victory Fund and Leadership Institute, joins Duke professor of history Adriane Lentz-Smith in conversation.

Parker was Houston’s second female mayor, serving 2010-2016, and one of the first openly gay mayors of a major U.S. city, with Houston being the most populous U.S. city to elect an openly gay mayor. She is currently a professor at the Doerr Institute for New Leaders at Rice University.

See the full schedule of “Ethics of Now” discussions.