Silent Stadiums: is life as meaningful in a world without spectator sports? What should we risk to get them back? 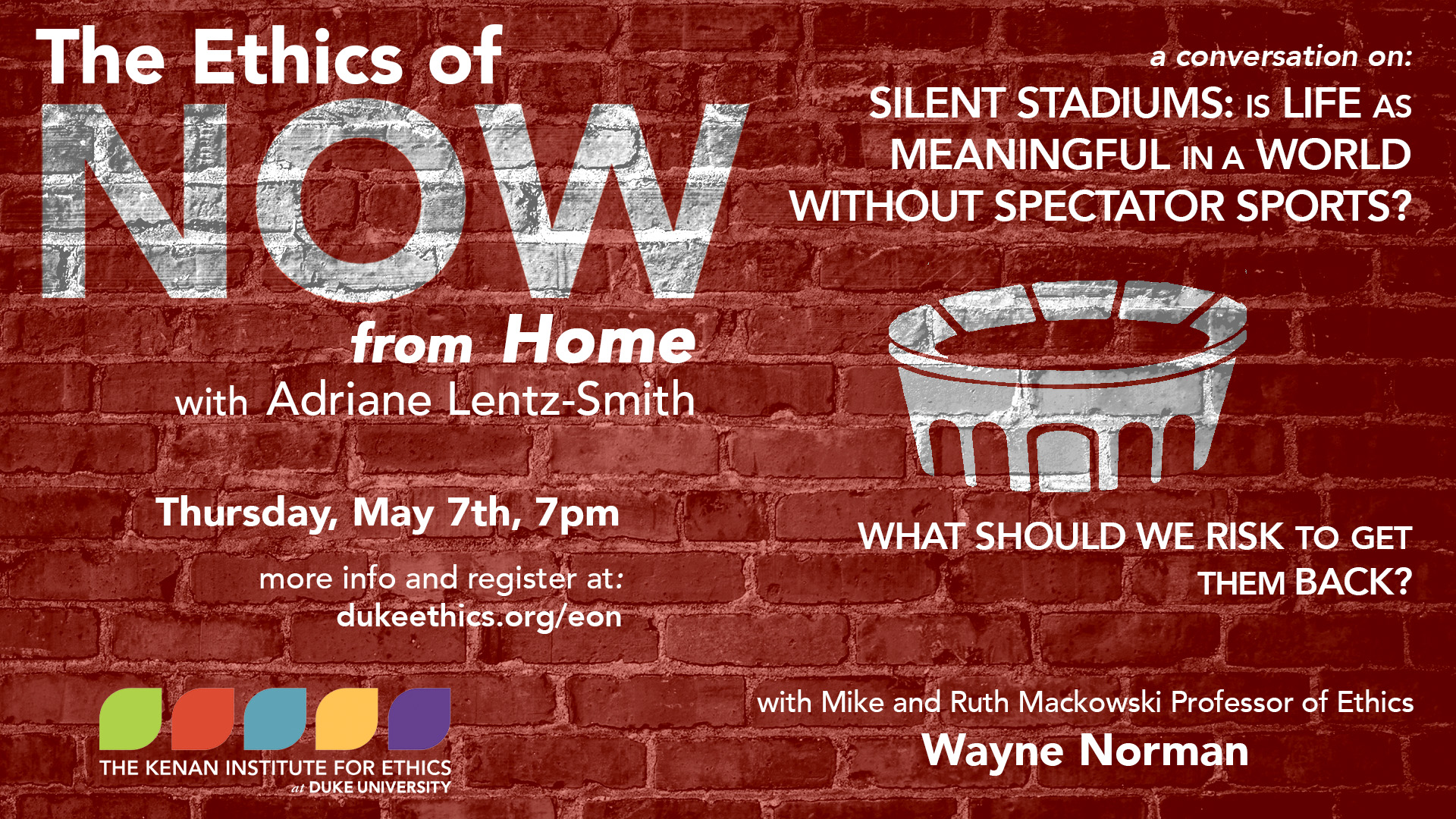 The Ethics of Now with Adriane Lentz-Smith continues from home with a series of brief, thoughtful and timely conversations about the ethical dilemmas of this historic moment.  This week, join Professor Lentz-Smith and the Mike and Ruth Mackowski Professor of Ethics Wayne Norman for the conversation “Silent Stadiums: is life as meaningful in a world without spectator sports? What should we risk to get them back?” After registering, you will receive a confirmation email about joining the webinar.

Wayne Norman is the Mike and Ruth Mackowski Professor of Ethics in the Kenan Institute for Ethics and the Department of Philosophy at Duke University. He is a political philosopher who also teaches courses in business ethics, sports ethics, and the philosophy of play and humor. His work in political philosophy focuses mostly on the special challenges that arise in multicultural societies where citizens have diverse and overlapping identities and attachments. He has been most interested in states that incorporate more than one people or nation with its own historic homeland (as more than 90% of countries do). He is the author of Negotiating Nationalism: Nation-building, Federalism, and Secession in the Multinational State and co-editor or author of four other books. And he is currently writing a book entitled The Ethical Adversary: How to play fair when you’re playing to win – in sports, business, politics, law, and love. Before arriving at Duke almost 13 years ago he held distinguished professorships at the Université de Montréal and the University of British Columbia.