Shifting Foundations: Values and Cultural Changes During and After a Pandemic 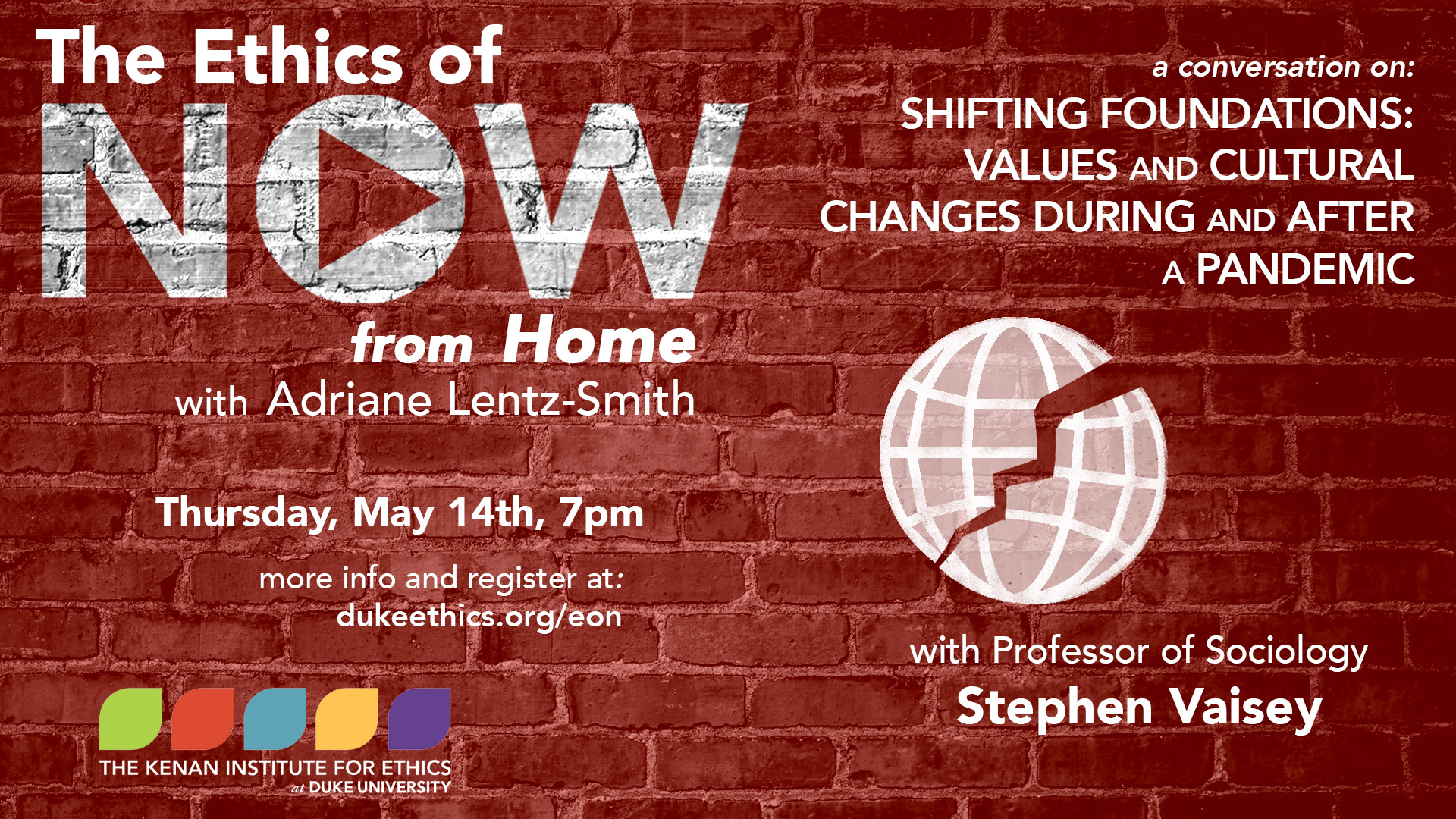 The Ethics of Now with Adriane Lentz-Smith continues from home with a series of brief, thoughtful and timely conversations about the ethical dilemmas of this historic moment.  This week, join Professor Lentz-Smith and Professor of Sociology Stephen Vaisey for the conversation “Shifting Foundations: Values and Cultural Changes During and After a Pandemic.”   After registering, you will receive a confirmation email about joining the webinar.

Stephen Vaisey’s research focuses on where people get their ideas about what a “good life” looks like and what it means to be a “good person,” and to determine how this shapes the choices they make. Most generally, he examines why people do the things they do, and figures out the role of culture and cognition in explaining human behavior. He has also conducted research on 1970s communes, religion, and marijuana use, educational overqualification, gene-environment interactions, and the relationship between poverty and educational aspirations, among other topics.

He is director of the Worldview Lab at the Kenan Institute, an interdisciplinary collaborative research group that brings together faculty, postdocs, graduate students, and undergraduate students to work on shared empirical projects. Worldview Lab’s main goal is to better understand diversity in values, goals, and worldviews both internationally and within contemporary American society.