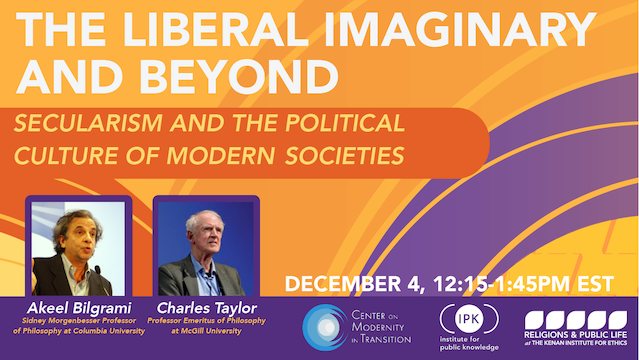 Charles Taylor and Akeel Bilgrami think together about secularism’s influence upon the political culture of modern societies. The conversation will re-examine some of the questions raised in the edited volume, Beyond the Secular West, which examined the applicability of Taylor’s vision of North Atlantic secularism to other regions of the world.

Akeel Bilgrami is the Sidney Morgenbesser Professor of Philosophy at Columbia University and author of Secularism, Identity, and Enchantment (2014).

Charles Taylor is Professor Emeritus of Philosophy at McGill University and author of A Secular Age (2007).