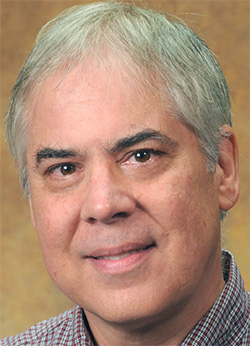 Robin Barnes is professor emeritus at Davidson College and a leading scholar on early modern apocalypticism. He will present a paper entitled “Prodigies, Providence, and the Devil in German Evangelical Culture c. 1540-1620.”

Professor Barnes retired as Professor of History in 2016. A scholar of late medieval and early modern Europe, he is best known for his studies on the German Reformation. In 2005 he received the Sixteenth Century Society and Conference (SCSC) Medal. In 2009-10 he was a Fellow of the American Council of Learned Societies. His most recent book, Astrology and Reformation (Oxford UP, 2016), won the Roland H. Bainton Book Prize.

The interdisciplinary Providential Modernity seminar series brings together faculty and graduate students on a monthly basis to discuss work in the area of political theology from Antiquity to the present. A key goal of the seminar is to place scholars of Judaism, Christianity, and Islam into conversation with one another. “Providential modernity” encompasses a variety of social and political hopes, as well as anxieties, about the promise of history, which Judaism, Christianity, and Islam have taught will have a Beautiful Ending. In certain periods, these expectations were expressed in intense forms of millenarianism and apocalypticism. At other times, in more secular contexts, the promise of a Beautiful Ending was no less powerful in shaping similar aspirations that found expression in revolution, social change, and the transformation of knowledge — ideas that have been conceptualized from Hegel to Fukuyama in discussions of the End of History. Thus, even, in the “age of progress,” many continue to put their “faith” in a belief in “providential modernity,” while others, in despair, have denied that history has any meaning at all. At the core of our deliberations will be an effort to deepen our grasp of the ways in which Jewish, Christian, and Muslim interpretations both converge and differ, while at the same exploring how scholars and other writers have conceptualized the End of History in different historical periods, from Late Antiquity to our present, postmodern age.

Contact Amber Díaz Pearson to RSVP and receive a copy of the paper.