Privacy versus Public Health in a Pandemic: What are the ethical trade-offs? 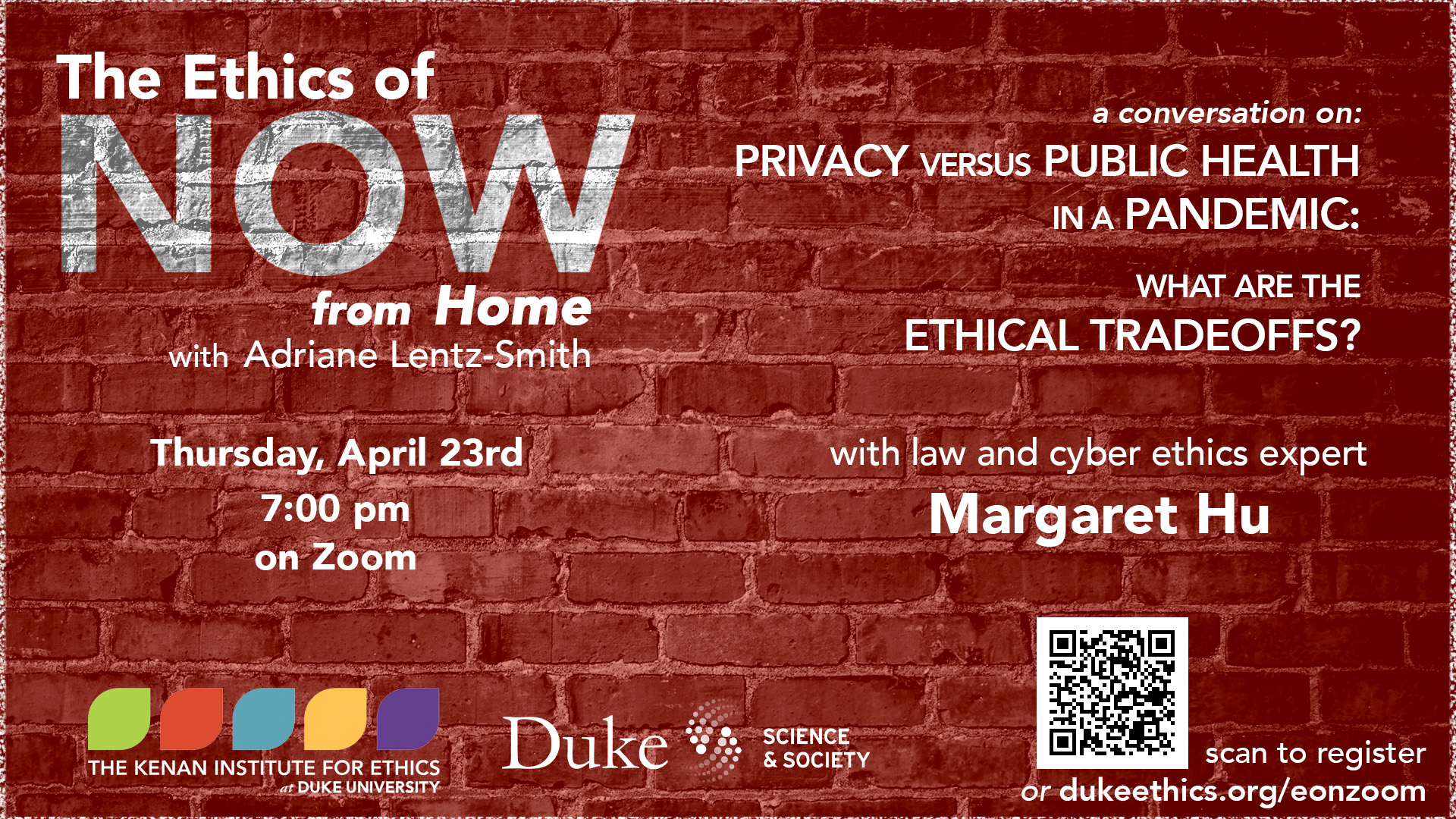 The Ethics of Now with Adriane Lentz-Smith continues from home with a series of brief, thoughtful and timely conversations about the ethical dilemmas of this historic moment.

This week, join Professor Lentz-Smith and Washington and Lee law and cyber ethics expert, Margaret Hu for a conversation about the ethical challenges of privacy during a pandemic: “Privacy versus Public Health in a Pandemic: What are the ethical tradeoffs?” 7:00pm Thursday, April 23, 2020.

Margaret Hu is an Associate Professor of Law at Washington and Lee University School of Law, and a visiting professor at the Kenan Institute for Ethics. Her research interests include the intersection of immigration policy, national security, cybersurveillance, and civil rights.  Previously, she served as senior policy advisor for the White House Initiative on Asian Americans and Pacific Islanders, and also served as special policy counsel in the Office of Special Counsel for Immigration-Related Unfair Employment Practices (OSC), Civil Rights Division, U. S. Department of Justice, in Washington, D.C. As Special Policy Counsel, she managed a team of attorneys and investigators in the enforcement of the anti-discrimination provisions of the Immigration and Nationality Act (INA), and was responsible for federal immigration policy review and coordination for OSC.