Human Rights, Faith and the Border 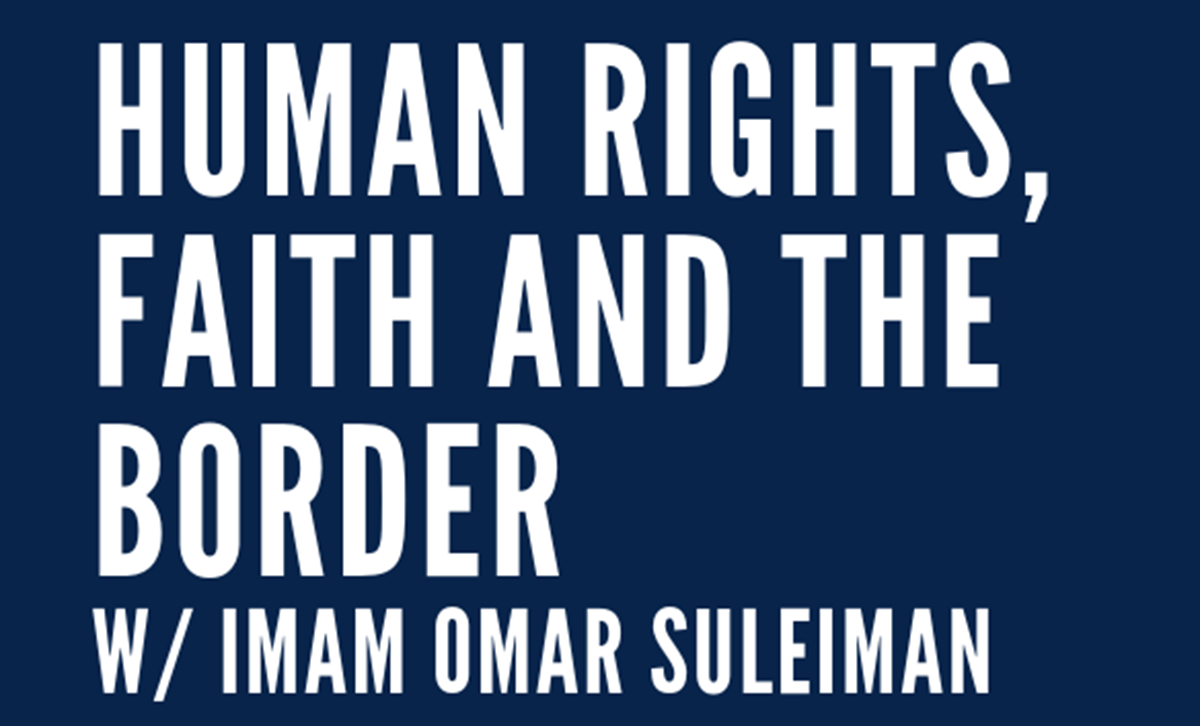 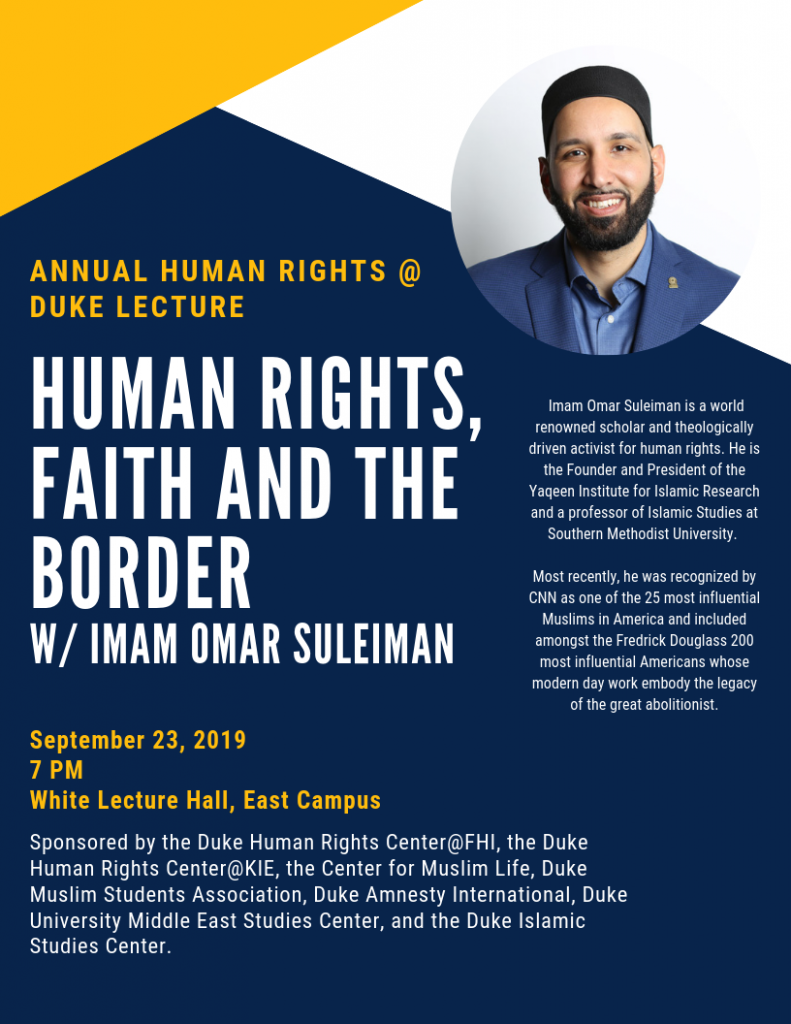 Imam Omar Suleiman is a world renowned scholar and theologically driven activist for human rights. He is the Founder and President of the Yaqeen Institute for Islamic Research and a professor of Islamic Studies at Southern Methodist University. He’s also the resident scholar of the Valley Ranch Islamic Center and Co-Chair Emeritus of Faith Forward Dallas at Thanks-Giving Square, a multi-faith coalition of clergy for peace and justice. He frequently writes for CNN, USA Today, The Guardian, Huffpo, and The Dallas Morning News.

His career started in his hometown of New Orleans where he served as the Imam of the Jefferson Muslim Association in New Orleans for 6 years and directed the “Muslims for Humanity” Hurricane Katrina Relief effort. It was in this time that he was noted on a national level as being a strong advocate of community service, interfaith dialogue, and social justice.

Most recently, he was recognized by CNN as one of the 25 most influential Muslims in America and included amongst the Fredrick Douglass 200 most influential Americans whose modern day work embody the legacy of the great abolitionist.