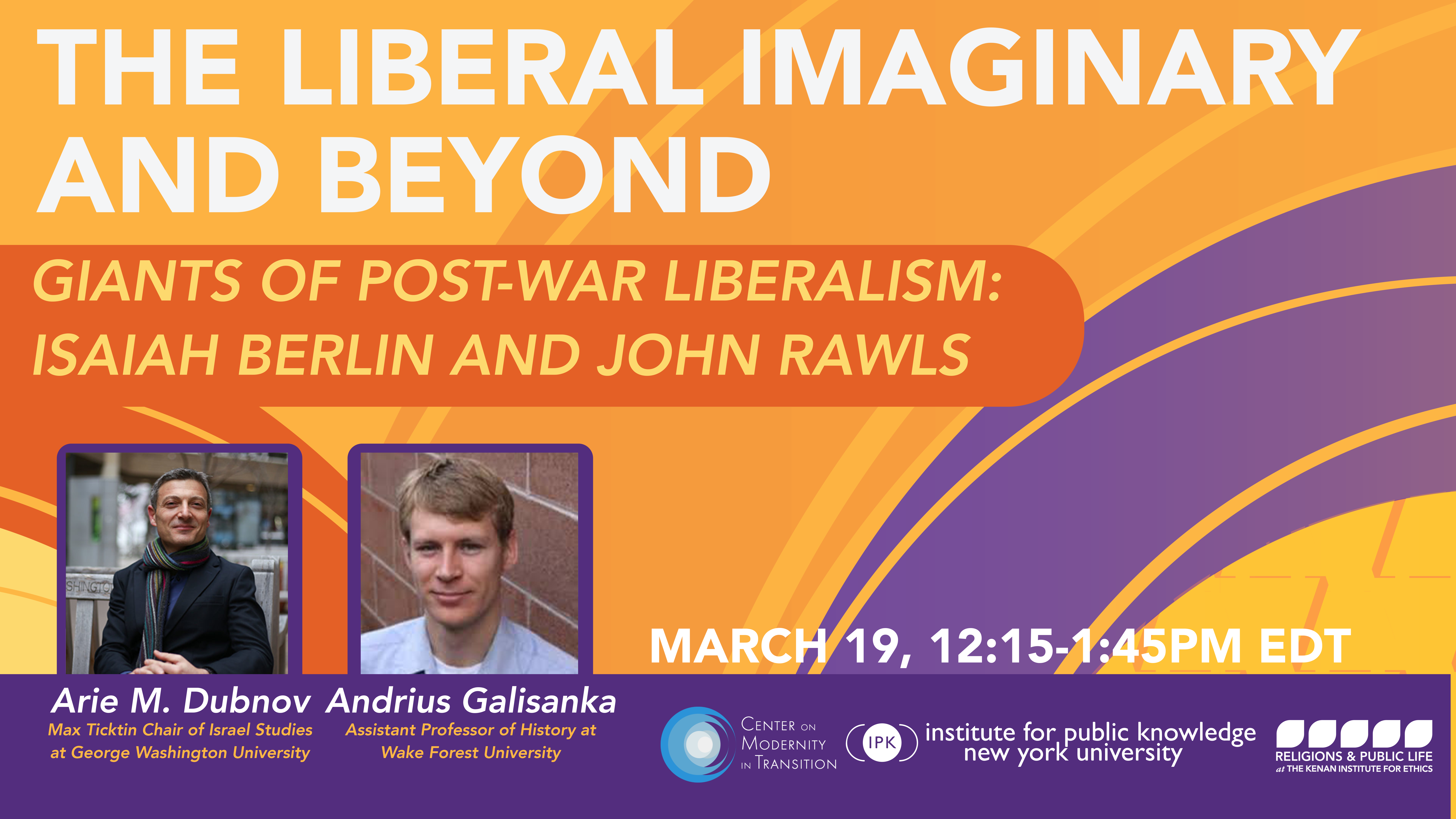 Among the many figures who influenced liberal thought after the Second World War, the legacies of Isaiah Berlin and of John Rawls stand out with particular force. In this talk, Arie Dubnov and Andrius Galisanka discuss the respective roles that each of these thinkers played in consolidating the post-war liberal imaginary. They additionally consider the relative strengths and limitations of the two thinkers’ ideas in light of contemporary social and political affairs.

Arie M. Dubnov is the Max Ticktin Chair of Israel Studies at George Washington University and author of Isaiah Berlin: The Journey of a Jewish Intellectual (2012).

Andrius Galisanka is Assistant Professor of History at Wake Forest University and author of John Rawls: The Path to a Theory of Justice (2019).