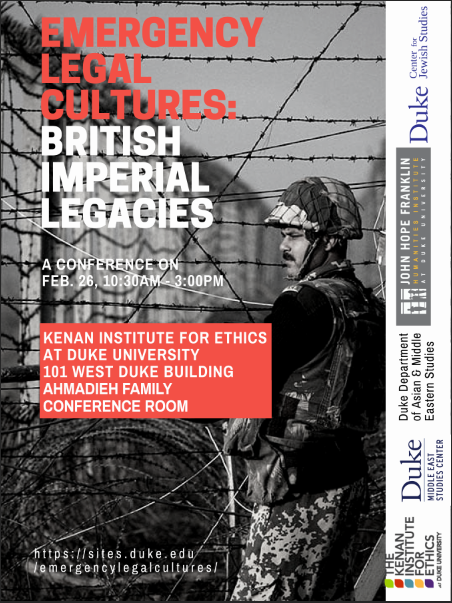 In recent years, “The State of Emergency” as a philosophical, critical and meta-legal concept, has received much attention, particularly through the work of Giorgio Agamben and a revived interest in the German jurist Carl Schmitt. In turn, legal scholars have turned their attention to emergency legislation as a concrete legal practice, particularly in Imperial and post-Imperial contexts. They have often neglected, however, to interrogate the impact of emergency legislation over cultural production. At the same time, cultural critics examining the notion of emergency have paid too little attention to the particular legal structures that interpreted and embodied the state of emergency.