Do Snacks with Nikole Hannah-Jones 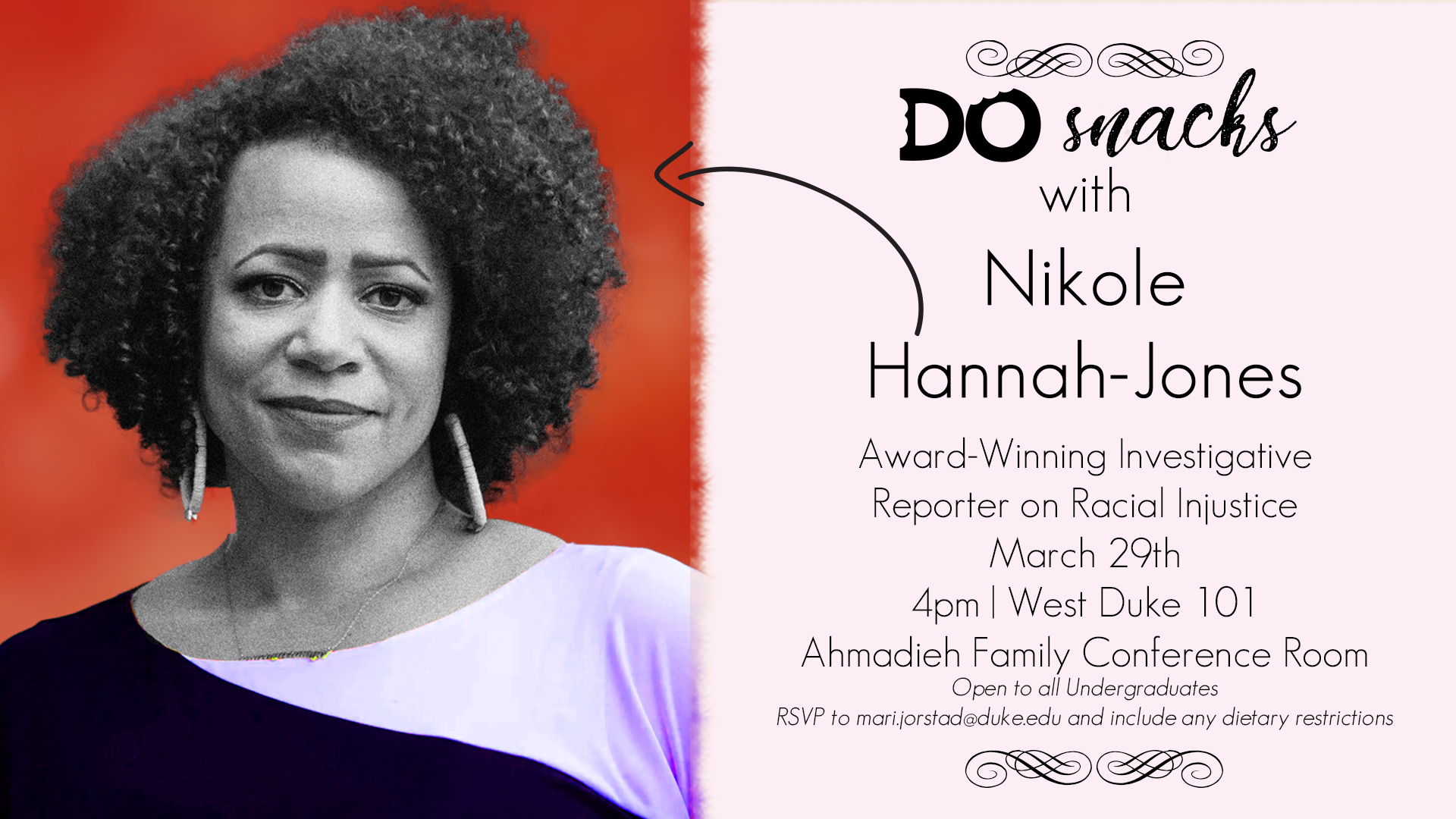 Nikole Hannah-Jones is an award-winning investigative reporter covering racial injustice for the New York Times Magazine. She investigates the way racial segregation in housing and schools is maintained through official action and policy. Shehas written extensively about school resegregation across the country and the utter disarray of hundreds of school desegregation orders. She has also chronicled the decades-long failure of the federal government to enforce the landmark 1968 Fair Housing Act and wrote one of the most widely read analyses of the racial implications of the controversial Fisher v. University of Texas affirmative action Supreme Court case.

In 2016, Nikole Hannah-Jones co-founded the Ida B. Wells Society for Investigative Reporting, a training and mentorship organization dedicated to increasing the ranks of investigative reporters of color.

Also check out her talk as part of the Ethics of Now series here.

Open to Duke Undergraduates Only

Snacks Provided, but must RSVP to mari.jorstad@duke.edu