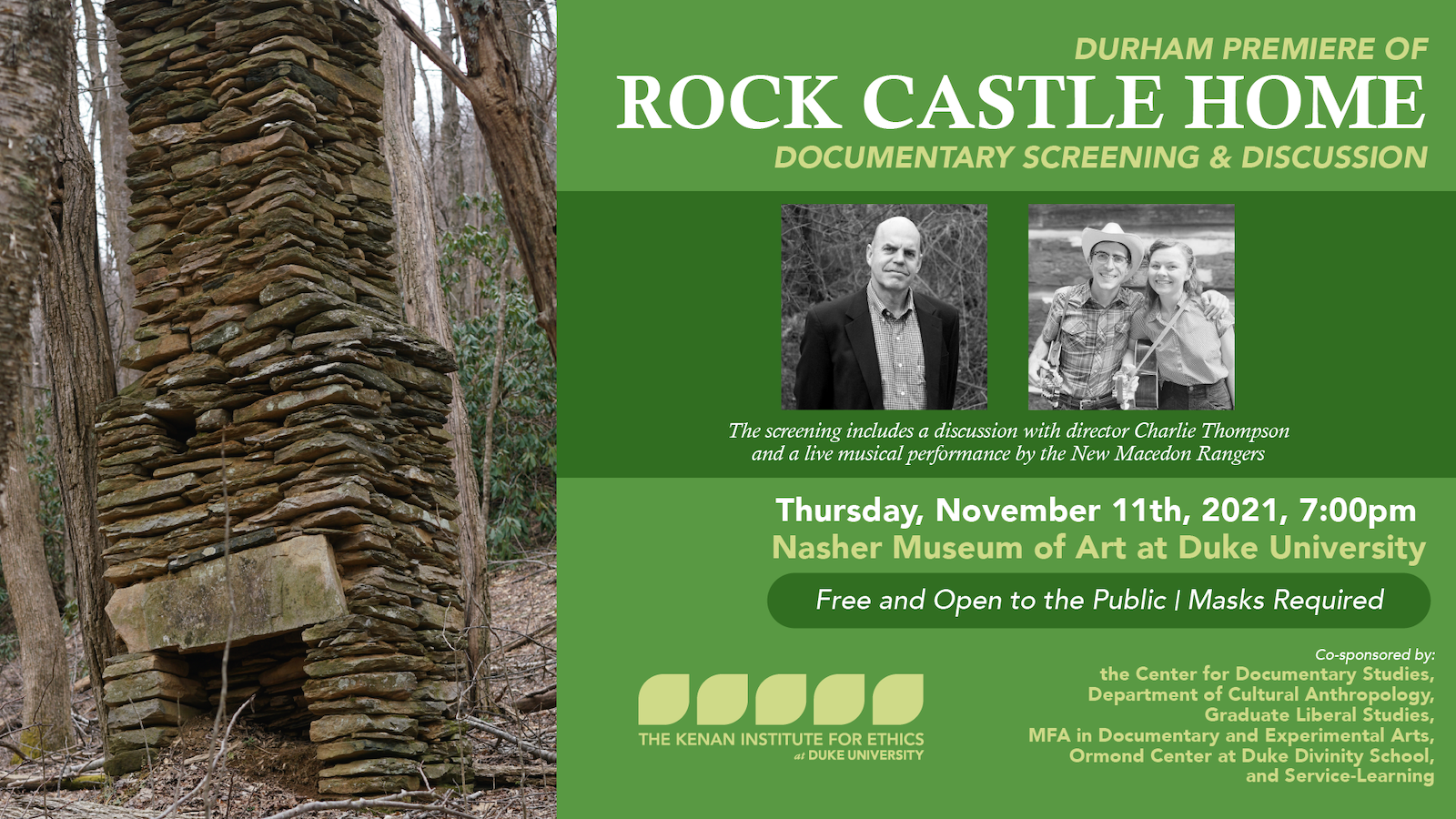 Duke Professor Charlie Thompson’s new film, Rock Castle Home, is a documentary about people who lived in a farm community known as Rock Castle, now subsumed by the Blue Ridge Parkway. In the film, descendants from this 1930s Virginia mountain community return to their homes in seemingly pristine woodlands preserved within a national park, to show how even invisible home-places remain sacred for generations. Hosted at the Nasher Museum of Art, the screening will include a discussion with director Charlie Thompson and a live musical performance by the New Macedon Rangers.