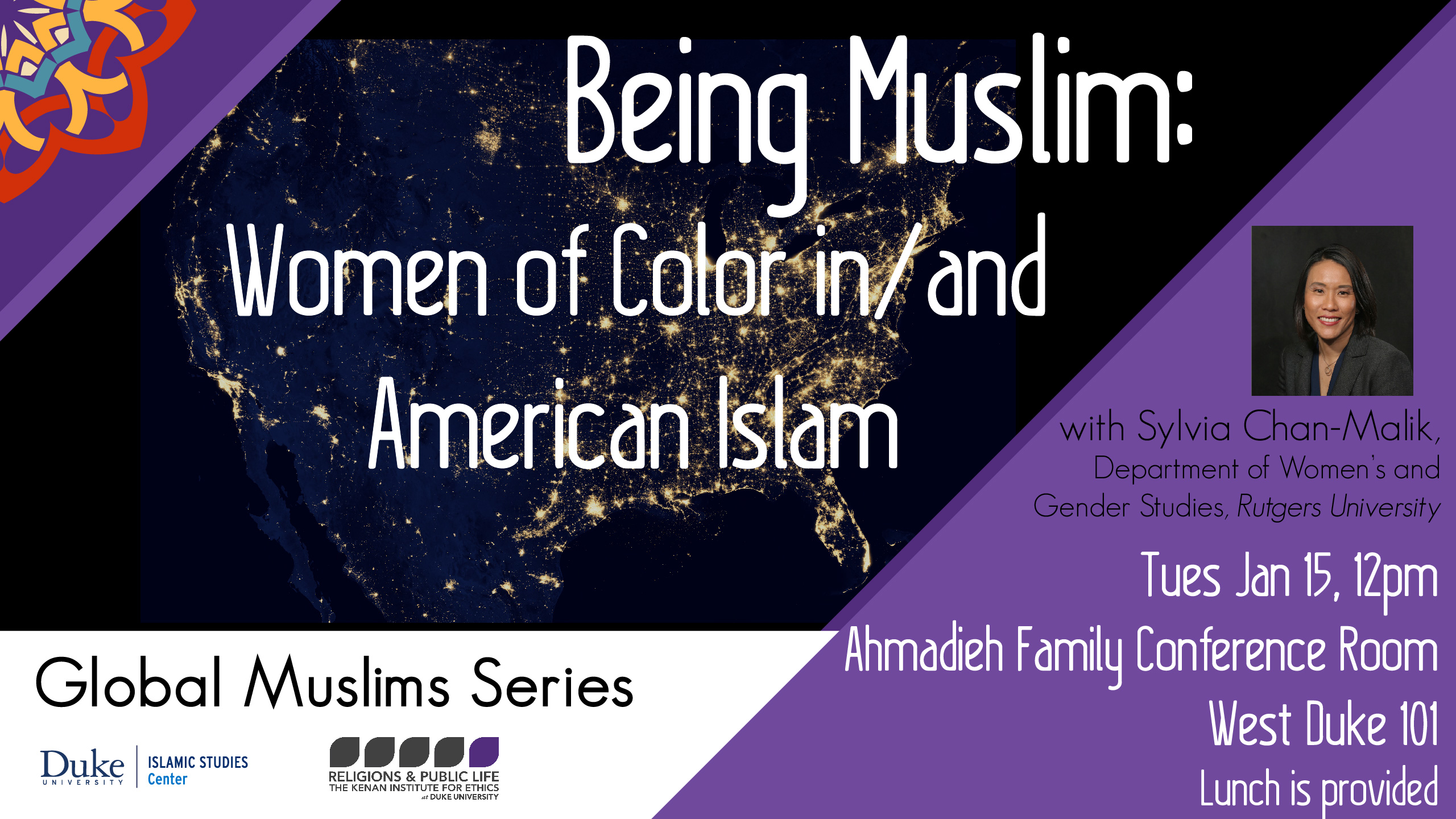 Sylvia Chan-Malik will give a lecture based on her recently published book, Being Muslim: A Cultural History of Women of Color in American Islam. In her lecture, Professor Chan-Malik will discuss the ways U.S. Muslim women’s identities are expressions of Islam as both Black protest religion and universal faith tradition. Drawing on archival images, cultural texts, popular media, and interviews, she will show how communities of American Islam became sites of safety, support, spirituality, and social activism, and how women of color were central to their formation. By accounting for American Islam’s rich histories of mobilization and community, the talk highlights the resistance that all Muslim women must engage in the post-9/11 United States. From the stories that she gathers, Professor Chan-Malik demonstrates the diversity and similarities of Black, Arab, South Asian, Latina, and multiracial Muslim women, and how American understandings of Islam have shifted against the evolution of U.S. white nationalism over the past century. In borrowing from the lineages of Black and women-of-color feminism, Chan-Malik offers us a new vocabulary for U.S. Muslim feminism, one that is as conscious of race, gender, sexuality, and nation, as it is region and religion.

Those coming from outside of Duke should email amber.diaz@duke.edu to request parking.