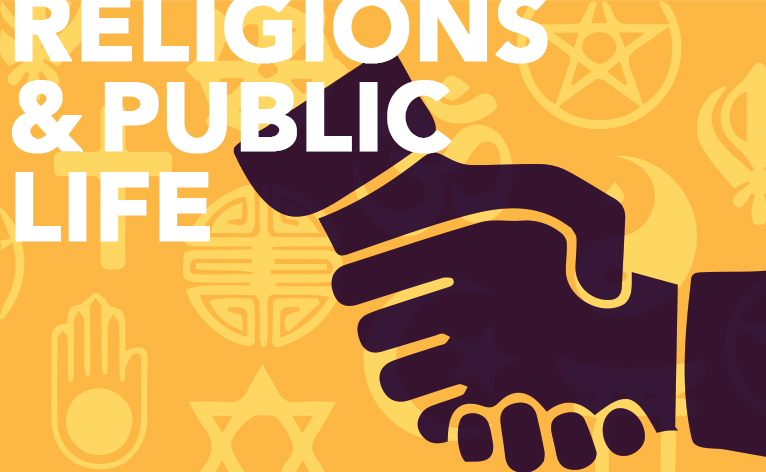 Celebrate the end of the academic year with the 2019-20 cohort of Religions and Public Life graduate fellows, as they present public talks based on their research. The virtual workshop will meet on Zoom Wednesday, April 29, 2:00-5:30PM. Each panelist will give a 6-8 minute “TEDx”-style presentation, followed by open discussion and Q&A.

Panel 1: “The Good Life” in religion and politics

Elsa Costa (History, Duke): Understanding the “human flourishing” definition of happiness and the economic “pursuit of happiness” model and how they were used by absolute monarchs to discredit the Church during the Renaissance and Enlightenment.

Luke Olsen (Divinity, Duke): Research on the Christian Transhumanist Association and the vision of the good life, liberty, and individual expression expressed at the intersection of Christianity and Transhumanism.

Shreya Parikh (Sociology, UNC): Exploring what it means to be Black and Muslim in France and Tunisia when the idea of Muslim authenticity offered by the state as well as the religious authorities equates Muslimness with Arabness.

Matthew Elmore (Divinity, Duke): John Locke’s use of ‘consent’ defines his new understanding of natural law, displaying a political theology in which the colony, as a bounded settlement, reveals a new nature. Government, insofar as it is enlightened, seeks a new end: the security of private property.

Isak Tranvik (Political Science, Duke): Martin Luther King Jr.’s embrace of nonviolent political action is a function of his religious commitment to relationality—to be human, King believed, was to be ethically related to every other in love through Jesus, including perpetrators of injustice as well as those subject to it.

Hannah Ridge (Political Science, Duke): New research indicates Muslims in Morocco and Egypt may place a high value on economic policy while supporting a system in which civilians participate in the government. They also demonstrate a nuanced understanding of the role religion should play in the government.

Panel 3: Religious communities as sites of both worship and political action

Devran Ocal (Geography, UNC): Studying mosques as spaces where unique political perceptions and practices are negotiated and reproduced, as well as dynamic and fluid spaces of everyday transnational politics.

Wei Mao (MFA-EDA, Duke): A photography essay and diary to record her experiences in both China and the US Chinese Christian Communities, exploring how these communities are constructed, how individuals interact in these communities, what role has religion played in their daily life, and to critically analyze her own identity in the communities.

The 2019-20 Religions and Public Life Graduate Student Working Group focuses on the theme of “Church and State.” Ten master’s and doctoral students were selected out of a competitive application pool, representing nine different departments and degree programs, three schools, and two universities (Duke and UNC). Graduate Fellows developed their research interests and discussed recent scholarship during monthly meetings. Several scholars are also supported by generous collaborations with the Center for Jewish Studies, the Duke University Middle East Studies Center, the Duke Islamic Studies Center, and the Program for American Values and Institutions.