Just because we can do a thing, MUST we?  This question was the subtext to Dr. William Hurlbut’s (Stanford University Medical Center) talk on the ethical perils of human gene editing to an engaged audience this week.  Organized by the Arete Initiative at the Kenan Institute for Ethics, and co-sponsored by the Trent Center for Bioethics and the Duke Program in Genetics and Genomics, the talk focused on the ethical perils and human costs of rapid advances in gene editing techniques in recent years.

Editing genetic material found in cells used to take years.  With the advent of new, cheap, quick and easy to use tools that use a modified bacterial system to edit and delete animal genes, the process can now be shortened to months or weeks.  Hurlbut ventured to say that such advances could have clear benefits for all of humanity.  Imagine preventing disease by engineering infectious agents or cancerous cells out of existence?

Why then should we be worried?  Among the troubling aspects of this new technology is the hubris of thinking we as a species can do better than evolution at designing living things. Hurlbut cautioned against replacing the ancient Galenic paradigm of healing as an end to medicine with a new “liberation” paradigm, in which we can rid ourselves of traits we deem inconvenient or socially harmful, but which do not pose a medical threat.

The implications of more profound experiments with germ cells (those cells that have reproductive ability such as sperm or eggs) run from the horrific (the creation of human-animal mutants) to the more morally ambiguous (Should we bring species back from the dead? Or send those to extinction we deem harmful?)

What are our medical standards in the emerging field of gene editing? By what principles will we operate?  Hurlbut recounted his experience working with and befriending He Jiankui, the Chinese scientist who altered the genome of twin girls in an attempt to protect them against HIV, as a way of providing possible answers to such questions.

Despite repeated pleas not to pursue gene editing on human embryos, including many conversations with William Hurlbut, He decided to go ahead with the experiment.  In 2018, He Jiankui announced that he had successfully used germ-line genetic editing on human embryos to create twins who no longer carried the gene CCR5 – the absence of which has been shown to convey a measure of resistance against contracting the virus that causes AIDS.

While much still remains unknown about He’s laboratory procedures in this case, Hurlbut indicated that the regulatory environment in China, where “Shenzen Speed” (a phrase referring to the pressure placed on scientists like He Jiankui to produce results) may have contributed to dubious research protocols.  In sharp contrast, the United States has a long and public history of  bioethical debate over research involving stem cells or human embryos.  Having served on President Bush’s Council for Bioethics from 2002-2009, Hurlbut walked his listeners through the legislative and executive actions taken to prevent experimentation on human embryos in the Clinton and Bush administrations.  President Bush signaled the importance he placed on human dignity and limiting experimentation with human embryos by convening the bioethics commission which Hurlbut served on.

As the Chinese case study demonstrates, it is difficult to have confidence in the global scientific community’s ability to self-regulate their research on the basis of bioethical norms.  Only governments, in global coordination, can provide appropriate regulatory oversight.  Without such safeguards, human gene editing may become widespread and dangerous. 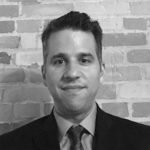