Ethical Border Policies and the “Ethics of Now” with Reece Jones 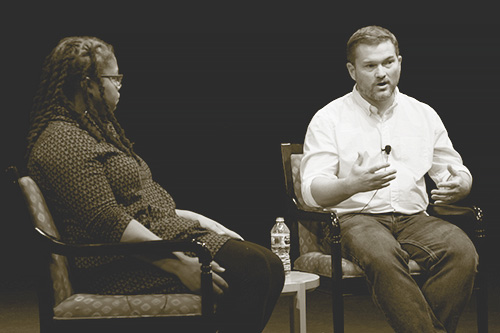 The Kenan Institute’s latest talk in the “Ethics of Now” series introduced University of Hawaii geographer and author, Reece Jones.  Jones is the author of several books on the topic of borders including the most recent, Violent Borders (2016), where he documents the human toll the hardening national borders globally is taking on vulnerable communities. More than forty thousand people have died crossing borders in the past decade.

Dr. Jones emphasized his commitment to open borders and freedom of movement but warned that these policies would not solve all the world’s problems. Internal exclusions within countries like the U.S. (gated communities, gentrification, ghettos) would remain even if external borders disappeared. Nevertheless, given that humankind has been defined by a history of movement and migration across continents, opening borders and tearing down walls might be a good place to start.