Quite frankly, I believe that the day that I had been informed of my diagnosis was one of the worst and most stressful of my life. In that moment, I was starkly confused, terrified, and lost, and I was not comforted or reassured in the slightest by the primary physician that I had been interacting with. Especially since I was a younger kid at the time, I had absolutely no idea as to how to navigate my situation, and I was equally bewildered by the various medical terms that I was being bombarded with. In experiencing the things that I had gone through, I have come to understand the importance of truly connecting with a patient, as well as being transparent in discussing one’s medical concerns.

One of the things that I most wish I would have received during my experiences as a child was a sense of support, which makes an immeasurable difference. By simply taking the time to actually understand a patient’s background and upbringing, as well as discussing some of the external factors impacting their life, an individual can begin to feel heard and cared for by their physician, which may also lead to greater optimism in facing some sort of malady or condition. As I come closer to medical school and becoming a practicing doctor, I have begun to think much more about what it means to aid individuals most effectively in a clinical setting. With this, I have generated somewhat of a shortlist of things that I believe to be crucial to serving as an empathetic and supportive physician.

In my opinion, expressing support and a willingness to help in whatever way possible is of paramount importance in conversing with patients. Many of the physicians that I have been seen by seem to be focused solely on their work, evaluating the health of individuals and communicating their observations and conclusions, and, in a sense, patients are viewed more as examples of the things that they have studied for years as opposed to people with entire lives of their own. It is crucial to holistically understand the person sitting in front of you in the hospital or clinic, and it is also important to render medical information and terminology as clear as possible so as to facilitate the patient’s understanding of what they are afflicted by, as well as the next steps that should be taken. More generally, in saying that physicians should see their patients as actual people, I believe that I am succinctly summarizing many of the principles and approaches that make an excellent physician. 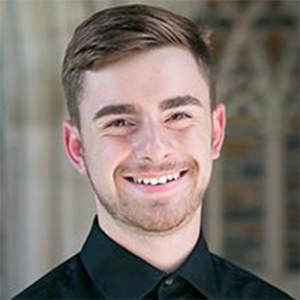 Ethan Bott, a fourth year Psychology major from Soldotna, AK, is most passionate about issues of substance use/addiction, healthcare inequalities, and education reform, and he currently conducts research on Pompe disease. In his free time, Ethan enjoys exercising, watching sports, and spending time with his friends and family.

All posts by Ethan Bott