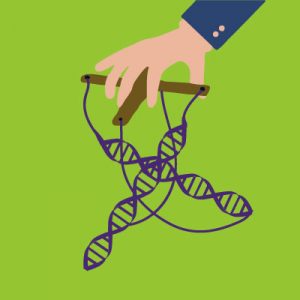 The last time I checked, I was the lone engineer on Team Kenan. There are tons of reasons for this–we’re not known for our overwhelming amounts of free time; we’re a small part of the Duke population in general; a lot of people in Pratt tend to switch out to live more wholesome and fulfilling lives; and –this is maybe the most important reason–ethics isn’t something that’s widely talked about in Pratt.

Of course, we cover the basics. Don’t falsify your data, even if doing so would improve your ANOVA results. Own your 82% error. If you’re building a building, add in a factor of safety so it’s not likely to collapse even if you screw up all of your calculations. Don’t copy someone else’s code. If you discover that bolting the joints instead of welding them will lead to a building collapse when winds hit 50 mph, don’t keep that information to yourself. All of those things that are important to keep in mind when you’re in charge of designing a new tomorrow, and all that jazz. But we don’t really talk about the big ethics involved–what to do when that AI you’ve been working on in your spare time gains sentience and decides that the best way to protect the earth from further environmental damage is to kill all humans, or when your cancer-curing gene editing project gains the ability to turn humans into superhumans, or what happens when you build an invisibility cloak–Dr. Smith, I’m looking at you.

Now, to some extent, this does make sense. Our brains are stuffed with somewhat overwhelming amounts of information on electromagnetic waves, on circuits, on renal function, on column buckling, superposition, and the list goes on and on. We’re just trying to learn how stuff works, and since there’s a lot of stuff worth learning about, this takes a lot of time. There’s very little point in talking about how to avoid Skynet when your midterm next week is on how to use branch current method to determine the voltage across a particular resistor–it’s just not all that relevant. And why talk about the ethical pitfalls of human enhancement when you’re just trying to figure out how differences in salt concentration might affect a muscle cell? All of that stuff can be talked about once we figure out what’s going on.

This sounds great, but the problem is that we’re engineers–our literal job is to figure out what’s going on. This is what we do for a living. Which means, we’ll never truly know exactly how things work. We’ll never cross that bridge because we’ll never get to it. And as developments like CRISPR (a brief overview can be found here) and the sketchiness behind the social media AIs have shown us (see here and here and here and here and …), it’s somewhat too late to talk about the ethics of these things after we’ve already made them a thing.

I don’t want to overexaggerate and compare us all to that ominous quote from Jurassic Park: “[You were] so preoccupied with whether or not they could, they didn’t stop to think if they should” because for the most part, it truly is not relevant for us. There’s no use in talking about the ethics of discoveries we can’t even begin to comprehend. But at the same time, there should be some discussion. During my first lab section for Bio 201, we talked about CRISPR and the ethical dilemmas it might bring up. Did we understand exactly how CRISPR worked? Heck no! That came much, much later in the semester. But it gave us an opportunity to think about how what we were learning could have a tangible and somewhat terrifying effect on the world as we know it.

Obviously, this isn’t applicable to every class. Once you get past the obligatory hour of watching bridges collapse as a cautionary tale to do your homework, the ethics of Statics are not immediately obvious. There’s very little controversy involved in math or the way circuits work. But there are still ways to increase discussion of ethics in the classroom. Maybe we could have a cross-listed course discussing the ethics of major topics in engineering. Maybe more guest speakers and lecturers. Maybe more introductory lab sections that go over safety procedures and also potential pitfalls of the field at large.

But ethics is crazily important, especially if you’re one of the people literally building the future. We need to understand electricity and ethics, magnetism and morality. It might not seem relevant now, and it may seem like a waste of time better spent on learning how to code in 3 different languages, but it’s critical if we want to do things right.