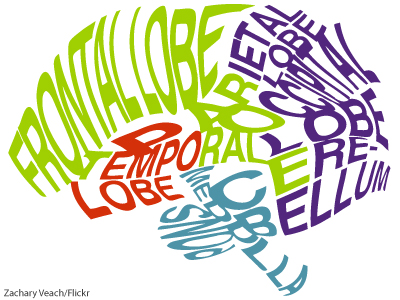 Poetry is something that baffles me, but occasionally allows me an insight that seems a form of the sublime. I often do not understand it. I often avoid it. And yet, I decided senior year to take a T.S. Eliot seminar with Victor Strandberg. Much of the semester I toiled through hazy ideas of what the lines may mean. Then in the midst of Four Quartets, I had a moment of epiphany, and felt I had experienced knowledge so much deeper than mere comprehension. It was a powerful experience, and one that I was afforded because of the opportunity to immerse myself in the lyrical language, to become accustomed to that type of sensibility, that type of neurology.

I am thinking about lyrical language as a type of neurology because of a couple of recent articles (one from the Chronicle, and one from DukeToday) about Ralph Savarese, a visiting fellow at the Duke Institute for Brain Sciences. He is a poet and English professor, but has also worked extensively in the field of autism research, in large part because of the experience of raising his adopted son DJ, a classical autistic. He points out that while it has been traditionally assumed that autistics cannot comprehend figurative language, he thinks they are in fact well suited for literary language, if given the opportunity to strive towards literacy and/or develop their own unique neurology.

He asks that we think of autism as a form of neurodiversity, rather than a disability or disease. The problem for classical autistics is not always that they cannot comprehend or express certain concepts, but that we are not patient or accommodating enough to allow them to be conveyed. We can embrace this concept on a broader level for how we relate to all types of people.  If we think of a certain neurology as a “culture,” then we should know to be respectful of diversity among these cultures. That might mean those who speak other primary languages, those who have not assimilated to an online culture and do not think in modern technological terms, or those who do not easily retain numbers. (I will readily put myself in the latter category—retelling a story or interesting news item can go woefully awry when I try to quote a figure…was it in the thousands or millions?)

Savarese’s research is fascinating to me, and makes me more aware of how I relate both to other people, and other forms of comprehension and expression. I’ve just checked out Savarese’s book, Reasonable People: A Memoir of Autism and Adoption, so perhaps I’ll have more to report soon.