El Mundo Es Un Pañuelo: The World is a Handkerchief

The World is a Handkerchief – Spanish Idiom 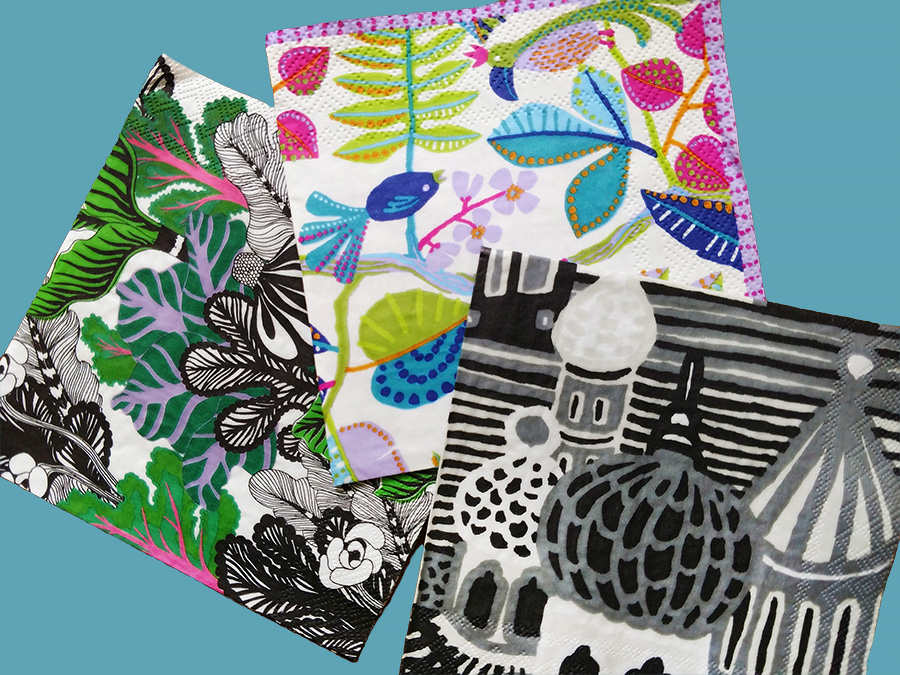 Everyone has their quirk, that one thing that others think is weird, but to them makes perfect sense. Those who love you respect that quirk, but for the life of them cannot understand it. In Yiddish, we call it shtik. In Kenan, we call it napkins.

I remember being dumbfounded when I heard that Kenan plans events around napkin choice. And, I was speechless when I first learned that Kenan staff receive mandatory job training on selecting napkins. Napkins, the most disposable item at any event, and certainly the last thing people would judge, are the first thing that Kenan picks out when planning even the most important events. When in Ireland with Kenan this past summer, we hosted a celebratory event for our internship supervisors. The Lord Mayor, a national Senator, newspaper editors, and senior civil servants were going to be in attendance. And, to my suprise (or maybe at that point not so much), the first point of conversation- even before the location was secured- was what are the napkins going to look like?

Event planning is not my forte, and neither is Irish culture. Accordingly, I figured that either all advanced event planning are napkin-centric, or that the Irish have a napkin appreciation that many Americans lack. However, at the event, both theories were quickly squandered.

Walking around the party, I heard many compliments regarding the venue, the food, the beverages… but nothing about the napkins. It was clear that an obsession over napkin choice was neither typical for party planning nor a special appeal to the Irish. Nope, not a single attendee seemed to be interested in the napkin choice, despite the choice playing the central role in planning the entire event.

Granted, the napkins were high quality both functionally and aesthetically. Perfect 6×6 squares with vibrant colors that matched the decorated walls. They picked up anything they were put over… I wished I could be like those napkins and pick up why in the world they were cared about so much.

And then it finally clicked this past week. I was at a dinner in a local restaurant, with- despite its incredible taste and decor- typical black napkins (a tragedy on Kenan standards)…

I sat at the dinner table in a suit and tie. However, there was something different about this dinner. There were so many new people to meet, each coming from a different background but united through a common passion to infuse ethics in undergraduates’ lives. I was amazed that so many successful adults, some whom not Duke undergraduates, dedicate their precious time to serve the undergraduate Duke community, my community. Basking in my amazement, I placed my indeliberately chosen napkin on my lap. No sooner than the napkin reached my lap, the gentleman to my right offered me some gratin.

Gratin was even more of a foreign concept to me than napkins. But, it looked good, and I was kindly being offered it, so I accepted. And, it tasted really good. I told the gentleman this (as I gently wiped my face with the standard black napkin), and subsequently entered into an enlightening conversation with him.

First we spoke about our favorite foods. He mentioned his affinity for fresh vegetables. There is nothing better than the most simple of tastes, he said. Listening to this descriptions made me think that becoming a vegetarian was not in fact a mis-steak.

The conversation continued with him sharing pieces of his childhood. He explained how he worked for his father’s oil company growing up. And, How he met so many people he otherwise wouldn’t have known through this work, some of whom he remains in contact with years later. I related with him, having worked for my father some summers in high school. I explained how my father’s business was a little different than the client-facing oil business. Namely, most of my father’s sales occurred online primarily via Ebay or Amazon.

Isn’t Amazon an amazing thing, he exclaimed. He continued, my son showed me that most things I could ever want or need is sold on Amazon and it shows up the next day. Recalling my experience working for my father, I agreed. Yes, it is. Anything you could possibly want is on Amazon, I said.

He considered this comment for a few moments. He responded, well not quite everything… I have these white square napkins at home that I love so much. They are just simply the best. And, I couldn’t find them on Amazon. They are only sold at a local shop out in Charlotte.

I asked him to repeat what he said. Did I just find another napkin aficionado? I didn’t realize those existed outside the West Duke building (home of the Kenan Institute). But alas, I did hear correctly. Napkins were something he strongly considered. I had to inquire further. Why would someone care so much about a napkin? He wisely responded with a single sentence… Because everyone needs them, but no one thinks about them.

Suddenly, the figurative napkin that veiled my vision was lifted, and the Kenan mentality became all too clear.

Planning events is like judging character. It’s all about the small stuff. While others don’t even think to sweat the small stuff, Kenan makes it its business to. Kenan makes an intentional effort to ensure everything is in order placing special consideration on that which others take for granted. What makes a good event is getting the big things right, but what makes a great event is coordinating all aspects big and small. Because, if we can get the little things right, the big things will fall into place.

It’s the little things in life that matter. Despite most people associating big with importance, we get the most utility from the small things. A napkin is used much more than a centerpiece. Accordingly, it is paying attention to detail and getting the little things right that differentiates us between being good and being great. In Yiddish, we call it being a mensch. In Kenan, we call it picking the right napkins.