In the time period of 2010 to 2020 DACA was implemented and repealed, the refugee arrival cap went from an almost two-decade high to the lowest ever in the span of 3 years, and the number of defensive applications for asylum exceeded the affirmative applications by the largest margin in history. We’ve seen an increase in deportations, the reintroduction of a zero-tolerance policy at the border, and a state of emergency for border wall funding. Rhetoric on both sides is saying that our immigration system is broken but have very different ideas of what will fix it.

Although a significant amount of differences are the result of the change in the presidency from Obama to Trump, immigration has inevitably also been impacted heavily by world events. The demographics of immigrants to the United States, for one, have shifted. The countries of origin of refugees, for example, has changed (Figure 1). Even in all other forms of migration, there has been an increase in immigrants from Asia, Africa, and South America, while migration from Mexico has decreased.

World events have had a counter-intuitive effect on the approaches of the current government in regard to refugee policy, however. While the number of refugees worldwide is at an all-time high, the admittance cap is at an all-time low. Furthermore, Syrian refugees, which represent more than a third of all displaced people worldwide ( 6.7 million), make up less than 3% of the United States accepted refugees (Figure 2).

Overall, asylum claims in the United States have actually decreased in recent years. There has been a greater number of defensive claims (claims made once apprehended at the border or a port of entry) than affirmative claims (filed in advance), which makes sense considering the policies of the Trump administration. However, the admittance rate for both has decreased from 43% to 29% and 31% respectively. The demographics of asylees have also changed drastically in the past decade (Figures 3 and 4) largely as a result of growing conflict in Venezuela and the Northern Triangle region. In addition, an increasing number of migrants arriving at the border are families or unaccompanied minors rather than young male workers.

The change in the racial and nationality composites of migrants to the United States is reflected in the various policies proposed and implemented in recent years.

Many of these are aimed at preventing a more diverse migrant population from entering the country. For instance, the travel ban in 2017 and the safe third country rule in 2019 both restrict migrants from specific regions of the world from entering the U.S.. Under the Trump administration, there have also been efforts to restrict immigration to the wealthy. This can be seen in the recent Supreme Court case upholding the idea of public charge.

The reasoning behind this is that immigrants of lower socioeconomic status would take up too many public resources that the United States does not have to spare. However, a study from the Department of Health and Human Services found a positive net economic gain from the resettlement of refugees in a ten-year span. Regardless, the United States still has vastly more resources than most other countries, especially compared to nations that the Safe Third Country Rule applies to and many others that host a large number of refugees. In fact, a third of all refugees are hosted in the Least Developed Countries, as defined by the UNHCR’s 2018 Global Trends Report.

There need to be changes to the process of immigrating legally. Requiring a certain level of socioeconomic status may even worsen the problem of unauthorized immigration. In order to effectively control unauthorized immigration, changes need to be made to legal immigration. Specifically, reform of the asylum system is urgent. Because of the change in demographics, policies must be updated in order to deal with the years-long backlog of applications. In doing so, the number of unauthorized immigrants would decrease and the acceptance rate of those who qualify would increase. The militarization of the border creates a more dangerous environment and is minimally effective. Policy reform could reduce the number of applicants, provide incentives for legal immigration, and increase the amount of humanitarian aid the United States provides.

This decade’s immigration has mostly been defined by being partisan, ineffective and inhumane. In recent years, the U.S. has, in effect, been neglecting its international and moral duty by limiting the number of refugees and asylum seekers it accepts. Even those who are able to arrive often face poor treatment. Asylees who reach the border are often detained and, for a period of time, families were separated. Both detention and separation have been shown to have severe psychological impacts. We need reform, and we need it to be effective and ethical. The morality and reputation of the United States, as well as the preservation of core American values, have been tried in the past decade and will continue to be tried into the 2020s. 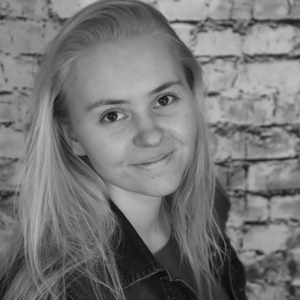